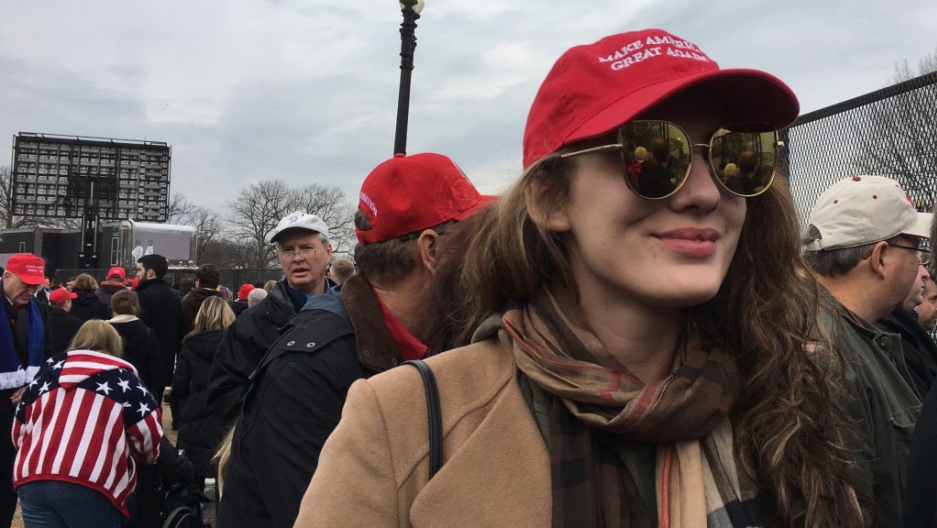 While many young women are traveling to the capital this weekend to participate in Saturday’s Women’s March, there are also those in town to celebrate the inauguration of President Donald Trump.

I spoke to young women at Trump’s inauguration about why they believe Trump will fulfill his promise to “Make America Great Again,” and what that means in their lives.

"I love Trump. He’s going to do a lot of great things, he’s a businessman. He’s not exactly what you might call a politician and that’s what the country needs right now. I’m really excited to see what the future has in store."

READ MORE: This millennial activist has been fighting her entire life, and isn't backing down now

"I also feel there are a lot of issues with safety, and I think that Trump is going to be a stronger force against ISIS. I have a lot of family in the military and my dad is a police officer. I felt there was no respect on the Democratic side for military veterans, police officers and service men. Trump is a huge supporter of these people, and his support of all people will make America great again."

"I like to consider myself a Republican for certain beliefs. I’m pro-life, being a Catholic."

"I actually didn’t vote for him because I don’t support the person he is, but I like what he stands for and I think he will make America great again. He has put smart people in his cabinet that will lead him to make good decisions. I believe that through God’s will he will make decisions for the good of humanity."

READ MORE: Millennial activist Blair Imani is fighting for equality, and wants all generations to join her

"Trump was the only presidential candidate who has ever had a successful female campaign manager. Yes, there are those comments that he’s made that offended me and everyone else, but I think he overall is a great man and cares for women deeply."

"I think if Trump succeeds at making America great again we’ll have more jobs and less people. He says he is going to get rid of the illegal immigrants. They honestly take over all the jobs, pay no taxes and are allowed to live with 20 people in a house at one time. That’s not right and it needs to change. Trump will change it."

"I believe in conservative values. Trump is a businessman and will treat America like a successful business. He will do good things for our country."

READ MORE: Across the US on Monday, women and allies gathered to protest Donald Trump

"The most important thing he can do to make America great again is to strengthen our border security. I’m Greek, and I know that bad things happen when you open your borders. Having stronger borders makes a country successful. That is something America needs to implement in order to make us great again."