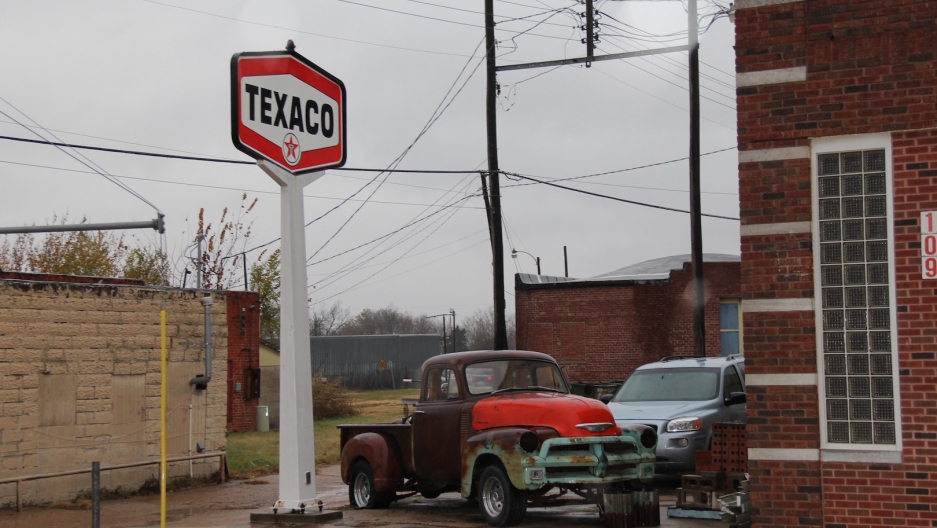 An old-time gas station sits near the corner of Broadway and Main in Holdenville, Oklahoma.

You’ve probably never heard of the town of Holdenville, population roughly 5,000. It’s tucked away off State Highway 78 in southeast Oklahoma, right off the old Route 66.

There’s a lake, rolling hills and sunsets so brilliant you have to blink your eyes to believe they’re real. It’s a place Donald Trump probably has never visited — but it’s one of the places he’ll soon be looking after. But Holdenville is the sort of place Trump likes to talk about — a place where jobs have vanished and that Trump says he’ll bring jobs back to.

“I think everyone has to have pride in something. If you don't have pride, then you lose hope. And if you lose hope, you're in bad trouble,” he says.

That’s a phrase Harjo repeated to the students at his dojo on the corner of Main and Broadway. Every Thursday, between 10 and 20 kids ranging in age from 10 to 12 stomp up the creeky, wooden stairs to take his martial arts class. His studio is located in the oldest building in town. Harjo’s grandfather Sam Coleman worked there when it was a pharmacy.

“Salesman Sam, they called him,” Harjo recalled as he gave me a tour of the building. It’s typical of turn-of-the-century design — exposed brick, thick wooden beams and an old elevator in the back. “It’s cold in the winter and hot in the summer,” says Harjo. 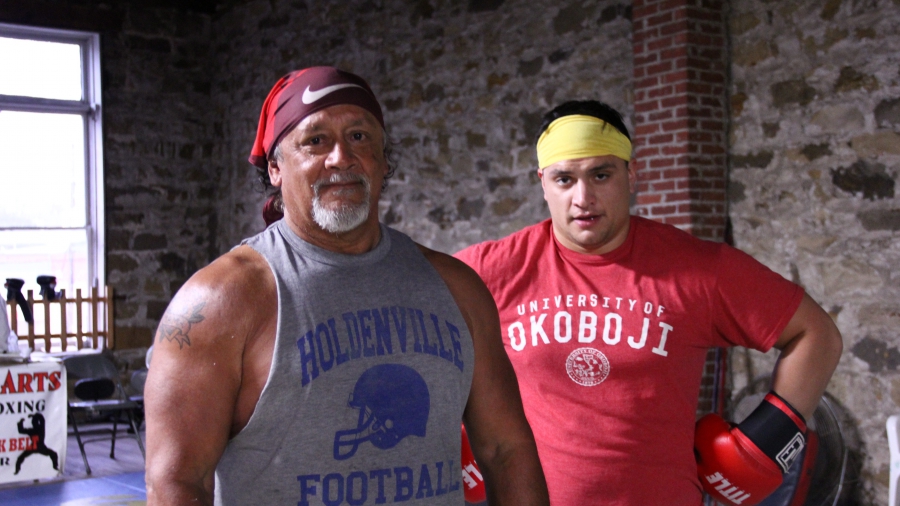 Brownie Harjo and his son Tre work out regularly at Harjo's Martial Arts, which is housed in the oldest building in Holdenville, Oklahoma.

Wealthy businessman T. Boone Pickens and country western star Clu Gulager are from Holdenville. In many ways, it’s a typical small town — everyone pretty much knows everyone. Main Street is about four blocks long, there are numerous coffee shops boasting the best pie ever and football is a big deal.

Its problems are typical too — a dwindling population, high poverty and a lack of jobs and resources. But these small towns are important. These small towns give bigger towns like Oklahoma City and Tulsa their cultures — and not just because of the likes of Pickens and Gulager.

Harjo remembers a time when things were more dynamic in Holdenville. There were a couple of manufacturing plants — small businesses dotted downtown. Harjo now works at Holdenville High School, helping Native American students. Before that, he worked at Pete's Cabinet Shop — a place that once employed a lot of people. It’s now shuttered.

As we drove through the town’s business district, toward June’s Old Time Diner, Harjo’s son Tre pointed out the place where the old roller rink was and a building that once housed a fancy hotel. Both have disappeared. 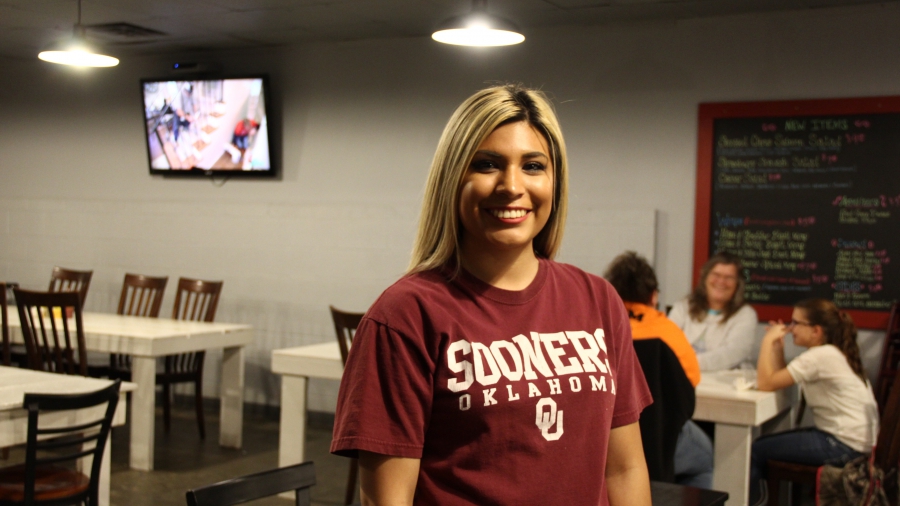 Janelle de Freese works at Junes Old Time Diner in Holdenville, Oklahoma. She's working there part time while trying to get her degree in criminal justice. "I want to be a cop," she says as she insisted we drink all the fresh coffee.

Harjo isn't sure what the next administration has planned for towns like Holdenville, but he does think more could be done to revive the downtown. As we walked along Main Street, he pointed out shops that have changed hands over time. One store, he noted, always has a Going out of Business sign up.

"It's been that way for five years," he said. "I guess they haven't gone out of business yet."

"Some of the best people I know are in Holdenville. Some of them right here in dojo. It's the people that make up the town."

Harjo said he'd welcome Trump to town — to see how the community is struggling. But he's not sure what he can do.