Souleymane Guengueng after testifying against Hissène Habré in November 2015. Habré, who ruled Chad from 1982 to 1990, was sentenced to life last spring for crimes against humanity. This month, he launched an appeal to overturn his conviction.

Souleymane Guengueng tells me his story in the Bronx, where he lives on the 16th floor of a 21-story housing project with his wife and three kids. He’s stylish, wearing a green collared shirt and his signature fedora.

“I am a survivor of torture,” he says, sitting on his couch. “I have fought for human rights for many years.”

Guengueng is from Chad, in central Africa. In the 1980s, he was imprisoned and tortured by Hissène Habré, the country’s president then, who many called a brutal dictator. Last May, in part because of Guengueng’s decades of work, Habré was sentenced to life in prison, guilty of crimes against humanity — rape, torture and ordering the murder of an estimated 40,000 people. It was a landmark trial: the first time a court backed by the African Union convicted a former African leader.

Habré’s in jail and, this month, launched an appeal to overturn his conviction. For now, though, so long as he is behind bars, Guengueng says there is justice at last.

When we meet, it’s a Friday and Guengueng’s family is watching African soap operas in their apartment. It’s modest, but they can afford it. Paying rent hasn’t always been easy. Since Guengueng moved to New York in 2005, he’s had odd jobs, lost jobs. For years, his family lived in a homeless shelter. Last year, they moved into the three-bedroom apartment. Now, they have a living room.

Guengueng shows me clips of articles he’s saved about himself in English, Spanish and French.

One shows him sitting in his house back in Chad, when Habré was in power. Guengueng was a normal guy, an accountant and a devout Christian. Then, in 1988, he was arrested, swept up with many others, suspected enemies of the state. He was jailed for more than two years and, he says, was never told why. It scarred him for life.

“To be to prison is just to die,” Guengueng says, “not to ever leave.”

Guengueng and the other prisoners were kept in small rooms where bright lights were kept on for days, then turned off, leaving the men in total darkness. Women were raped. Men disappeared.

Eventually, Habré was overthrown and Guengueng was released from prison. But when he was freed, he made a pact with God. “If I am ever truly able to leave this prison,” Guengueng pledged, “God will have preserved my life to give me this mission to fight for and find out the truth.”

That was 26 years ago. Today, Guengueng is 68, and he has made good on that pact. For years, he traveled through Chad, collecting testimony and detailing how hundreds of people had been tortured under Habré’s rule. Guengueng and human rights lawyers demanded justice and a trial. For years, there was pushback in Africa where Habré had followers, and in France and the United States, where he once had support.

Finally in 2015, Guengueng got his day in court. A video of the trial shows Guengueng testifying against Habré. He opens a plastic bag and spreads out things he made in prison — a fly swatter, a knife, a spoon — for the judges to see. He talks about the intense heat in prison, how dead bodies were left rotting in cramped cells. Habré is also in the courtroom, sitting silently in a white robe and dark sunglasses only feet away from Guengueng. A court guard stares at Guengueng in shock, maybe awe, considering how many people were once afraid of the consequences of openly denouncing the Habré government. 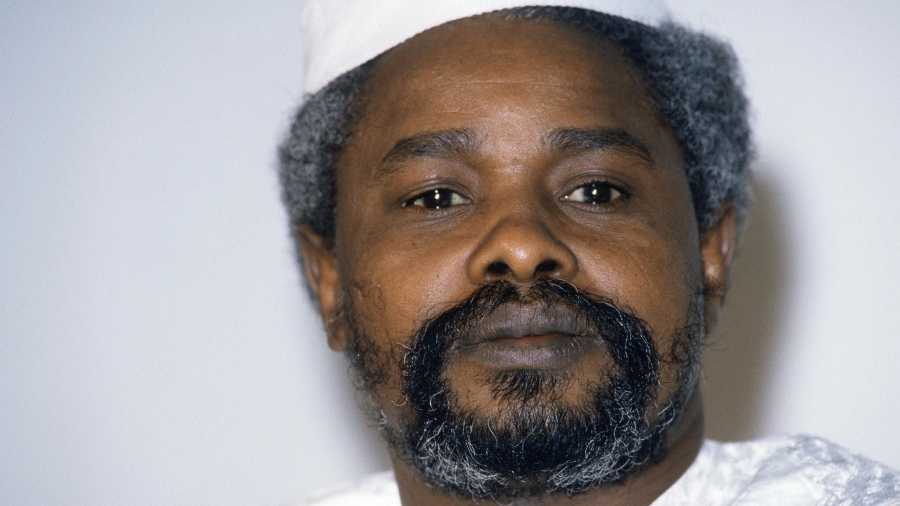 Habré was sentenced to life in prison. After the trial, Guengueng says he broke down when journalists interviewed him.  “I cried so loudly, and the only thing that came were tears,” he says. “I could only cry, and I couldn’t express this joy. It was this terrible emotion.”

It was also, he says, a rare moment of justice in Africa and the result of his life’s work.

Back in New York, Guengueng is unemployed. He has bad eyesight and an injured leg. But he also has experience bringing brutal leaders to justice, and he wants to share it. “The law educates, it teaches people. Our trial was educational,” Guengueng says. “It’s so necessary that people learn this lesson and know why it happened.”

Today, Guengueng hopes to start a foundation to help people protect their rights in places like Africa, Latin America and the United States. Presidents are elected to protect people, he warns, not control them.

“If there are people who become president and believe that they have become gods, I don’t know really what they think,” Guengueng says. “But they are human like you. They are here. They will finish and another president will be chosen.”

Meantime, the fight for human rights continues, Guengueng says, and it is never easy — or over.