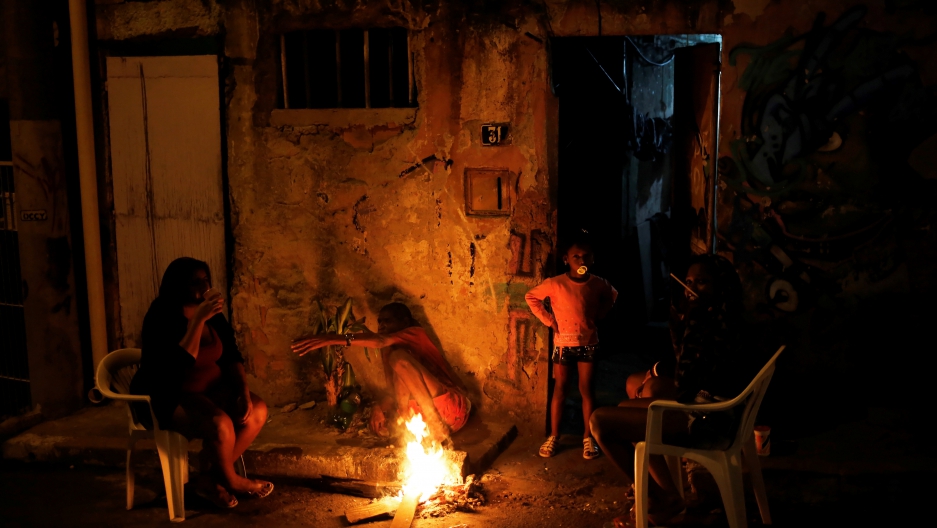 A family is pictured at the entrance of their house at a slum, or favela, in Rio de Janeiro, Brazil, June 26, 2016.

The world economy has not yet emerged from a period of slow growth, a trend that threatens to derail an ambitious UN plan to end extreme poverty by 2030, a UN report said Tuesday.

The world economy expanded by just 2.2 percent in 2016 — the slowest rate of growth since the 2009 recession — and is projected to grow by 2.7 percent in 2017 and 2.9 percent in 2018, according to the World Economic Situation and Prospects report.

The UN's 48 designated least developed countries, most of which are in Africa, are expected to grow by 5.2 percent in 2017 and 5.5 percent in 2018, well below the target of 7 percent needed to make a dent in poverty.

Nearly 35 percent of the population in the least developed countries may remain in extreme poverty unless there is a surge in growth rates, said the report.

To reduce poverty in the least developed countries, investment has to expand by at least 11 percent annually through 2030, it added.

The United Nations has set 17 global goals for sustainable development that provide for eradicating extreme poverty by 2030, along with ensuring healthier lives, promoting education and combating climate change.

Lenni Montiel, the UN assistant secretary-general for economic development, said the global economy needs to be stronger "to create an international economic environment that is conducive to sustainable development."

Developing countries continue to be the main drivers of growth, accounting for about 60 percent of the world's gross product increases in 2016-2018, the report said.

Uncertainties over the policies of US President-elect Donald Trump and Britain's decision to leave the European Union have "the potential to undermine any projected recovery in business investment, impede international trade growth and even derail the already weak global growth," the report warned.