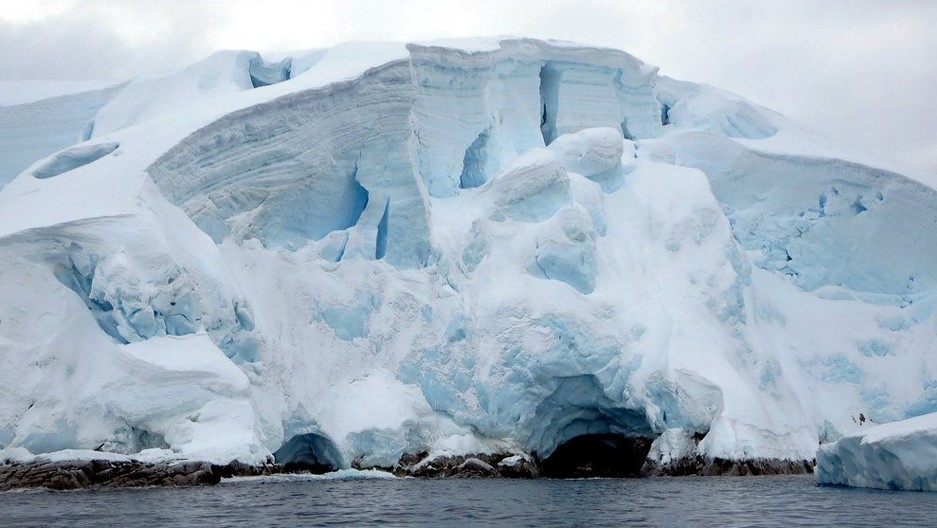 Glaciers on the Melchior Islands off Antarctica are shown here.

2016 is a wrap — and with it, likely the hottest year ever recorded. Temperatures weren’t the only anomaly: Louisiana, for instance, saw floods so severe they should only happen every 1,000 years.

According to Michael Mann, a climate scientist at Penn State University, the two events are related: “The bottom line here is that the atmosphere is warmer than it was, [meaning it] holds more moisture than it used to,” he says. “When conditions are conducive to rainfall, you’re going to get more of it.” But the heat can be drying, too. Just talk to ranchers in Texas or Oklahoma who recently suffered through the worst drought on record, Mann says, or look to the drought currently baking California: “For all those people, catastrophic climate change has already arrived.”

But despite the evidence, many Americans still deny that global temperatures are on a devastating path: President-elect Donald Trump, for one, has called global warming a “hoax” on numerous occasions. Mann addresses this disavowal trend in his new book, “The Madhouse Effect: How Climate Change Denial Is Threatening Our Planet, Destroying Our Politics, and Driving us Crazy,” which he co-authored with political cartoonist Tom Toles.

Mann says when they published the book last fall, “little did we realize how prescient the book would seem in the context of the way things have played out, in not just the UK election, the Brexit vote, but in the election of Donald J. Trump.” Suddenly, climate change denial is back in style, he says — and back in power.

“We now encounter climate change denialism, an agenda of inaction on climate change in all of our branches of government now, in the Congress and in the presidency,” he says. “It's worrying at a time when we need to be accelerating this transition away from our dependence on fossil fuels.”

Climate science shows that global temperatures are careening towards a critical checkpoint. The Earth shouldn't warm by any more than 2 degrees Celsius or 3.6 degrees Fahrenheit.

“Some scientists will point to [that] … as the level of truly dangerous, irreversible changes in climate,” Mann says. “If we don't dramatically bring down our emissions over the next decade, then we will likely commit to warming the planet more than that amount.”

In “The Madhouse Effect,” Mann and Toles use basic science — and comedy — to dismantle common climate denial perspectives and give evidence for action.

“When you frame something in a humorous way, it leads to people dropping their defenses a little bit, sort of finding a side door,” Mann explains.

One chapter of the book, called “Geoengineering, or ‘What Could Possibly Go Wrong?’” is dedicated to exposing the perils of large-scale climate intervention projects.

“What we're talking about here are massive interventions with the Earth system that involve shooting things into the atmosphere, particles up into the stratosphere or dumping iron into the ocean, or putting mirrors in space to reflect sunlight or interfering with the climate system … in some unprecedented and untested way,” Mann explains.

According to Mann, not only can these types of geoengineering projects be dangerous, they also involve a “kinder, gentler” form of climate change denial — insinuating that there can be a solution to climate change without quitting fossil fuels.

A cartoon from Toles drives the point home. Its caption reads, “Year 2060: The search for a breakthrough technology to solve climate change continues.” In the drawing, two scientists tinker with a contraption of tubes and wires, as one of them explains to an onlooker (dressed in stars and stripes) that “it’s a time machine we hope will take us back 50 years when we should have put a price on carbon.”

“It's a sort of gallows humor, I suppose, at times,” Mann says. “Tom Toles, in my view, has found a way to make delay and denial and despair funny, in an odd way. But without a message of hope, without an avenue forward, gallows humor alone doesn't lead us in the right direction.”

“And so one of the struggles in the book was to find a way to use the humor to go beyond just the exposure of hypocrisy of climate-change-denying politicians, but to try to paint a positive path forward at the same time.”

For Mann, hope takes several forms. For one, if the federal government fails to provide effective national climate policy (such as putting a price on carbon), he sees an opportunity for state and local governments to step in.

“I actually had a meeting with [California Gov.] Jerry Brown just a few days ago, who is really leading the way on this issue,” Mann says. “Jerry Brown actually said that he doesn't care what Trump does. If Trump starts to defund our climate satellites, California will build them and put them up there. California has the scientists, it has the lawyers. They're going to act. They're going to move ahead.”

And according to Mann, quick progress is of the essence because — here’s the other good thing — we still might be able to limit climate change to a scope we can survive within.

“So we haven't yet committed ourselves to truly catastrophic irreversible changes in our climate that go beyond our adaptive capacity, but we don't have a lot of time left, and we do need to make progress over the next few years,” he says.

“We're going to need to find a way to make that progress even with a [United States] presidency which may end up on the wrong side of this issue.”