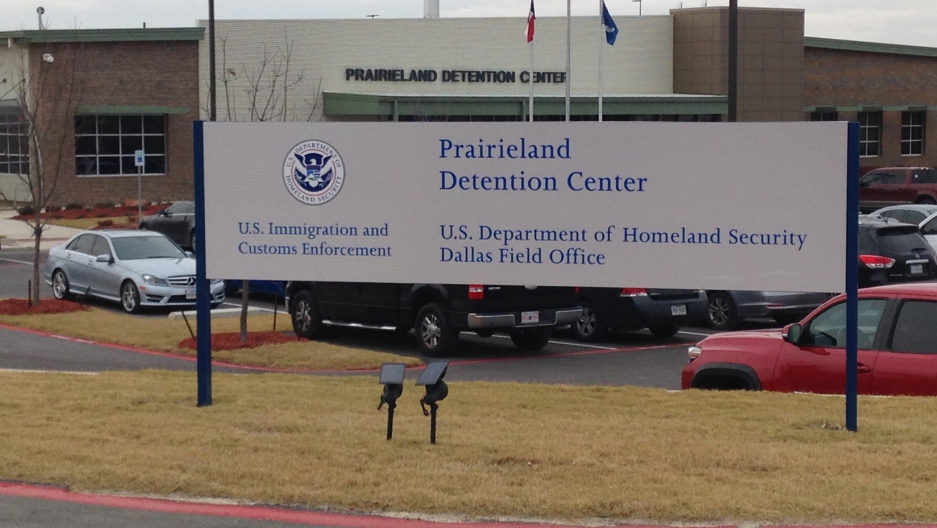 About 700 migrants are expected to be housed at the Prairieland Detention Center, including a separate 36-bed unit for trans individuals. The facility will be operated by the private prison company Emerald Correctional Management LLC.

When Leah Aguilera was held in a special section of the Santa Ana City Jail in California for transgender people, who were being detained by immigration officials, she experienced a delay and pushback for her request for hormones and disparaging remarks for being transgender.

“The only thing I was thinking is that I want to get out. I really want to get out,” she says. “I was getting in, like, depression. I didn’t know how long I was going to be there.”

Aguilera, now 24, spent more than a year in the country’s first immigration detention facility with an official separate housing unit for transgender detainees. She was detained in 2015 and released last year.

The federal government will open another such facility next week, if everything goes according to plan. This time, it will be in Alvarado, Texas, about 40 miles southwest of Dallas. It’s concerning advocates in the state, but city officials say the facility will help their local economy.

About 700 migrants are expected to be housed at the Prairieland Detention Center, including a separate 36-bed unit for trans individuals. The center will be operated by the private prison company Emerald Correctional Management LLC, based on a five-year contract after which the city will vote again to decide if they want to continue their partnership.

Also: 20 years ago, asylum seekers were not automatically put in immigration detention

Clint Davis, city manager of Alvarado, says there hasn’t been much local opposition to the detention center and the trans unit. He says the community’s response has been positive, and that more than 200 jobs are expected to be created within their city, which has a population of about 4,000 people. Alvarado is part of Johnson County, which has about 4 percent unemployment, according to the latest Department of Labor data. 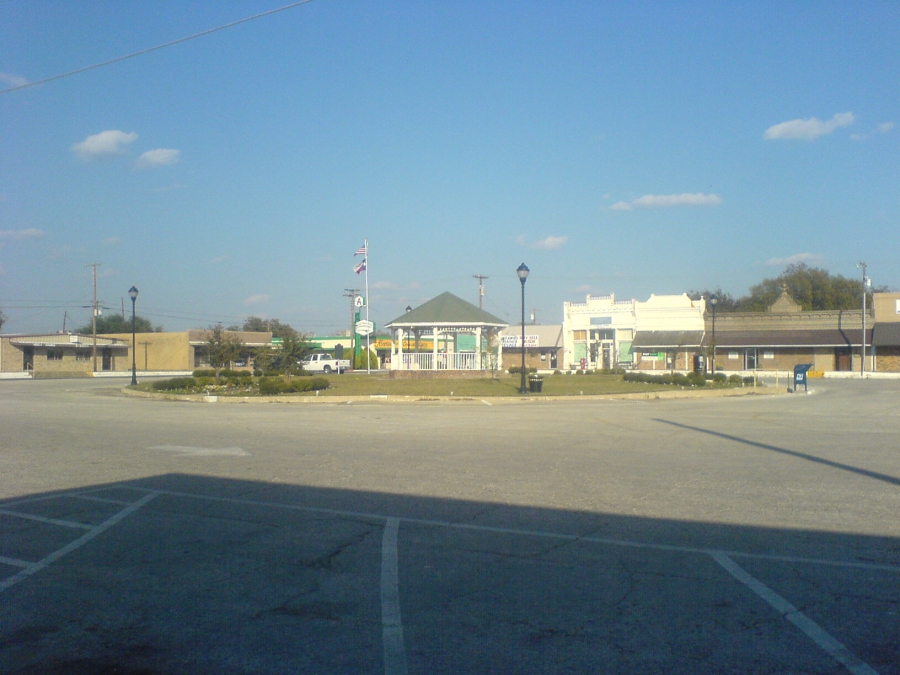 Alvarado's downtown square. There are about 4,000 people in this city, which is about 40 miles from Dallas. A new immigration detention facility will hold as many as 700 people.

“There is absolutely job creation, from really every aspect,” says Davis. “From your guard all the way to your kitchen help, nurses, doctors, administrative staff — so there’s been a lot of hiring locally and from the county.”

Texas led the nation in fiscal year 2015 as the state with the most migrants going through its immigration detention centers. According to data from the Transactional Access Records Clearinghouse at Syracuse University, about 300,000 migrants went through Texas facilities that year.

But Aguilera and others say they are concerned about this new facility for transgender people because of what happened in Santa Ana. After an outcry from advocates and neighbors, the city decided not to renew its contract with the federal government to house immigrant detainees. The transgender unit is expected to close in 2020.

Christina Fialho is the co-executive director of CIVIC, an organization that monitors the conditions of about 40 detention centers across the nation. She says the Santa Ana transgender unit was created in response to problems LGBT migrant detainees were facing while in confinement. In 2011, 13 asylum-seekers from across the country filed a complaint that stated detainees suffered from sexual assault, long-term solitary confinement and denial of adequate medical care while detained with the general population (PDF).

But the problems, Fialho says, continued in California’s transgender pod. She says Immigration and Customs Enforcement does not protect trans women in confinement.

“We received reports of trans women who are told by guards to use their male voice and act male on an almost daily basis,” says Fialho. “Even more horrific is the sexual assault that occurs throughout the immigration detention system, including at the Santa Ana City Jail, in the form of unlawful and degrading strip searches.”

She also says they were still not receiving their hormone therapy medication on time and says there were delays in the transfer of detainees’ medical records.

Jorge Molina, an immigration attorney in Dallas, says the Department of Homeland Security reached out to him and other local lawyers and civil rights groups in May to form a kind of advisory committee to ensure the Texas facility does not meet the same fate as the Santa Ana one.

“One thing they said is, ‘We want this to be a flagship detention facility across the United States, not just in Texas,’” Molina says.

Molina and others suggested “know your rights” legal services for detainees and the opportunity to identify issues and advise immigration authorities and administrators on how to improve.

However, no official agreements were made. Molina says another meeting was scheduled to take place in November, after the presidential election, but it was canceled. It wasn’t until last week that ICE allowed Molina and local organizations to tour the new facility before it opens.

Andrea Aguilar is the managing attorney at RAICES in Dallas-Fort Worth, which provides legal representation to people in immigration detention. She was also on the tour and says she was told that transgender detainees can also be placed in the small, one-bed cells or among the general population with men or women.

“The detainee doesn’t make this choice,” Aguilar says. “The people on the TCCC [Transgender Care Classification Committee] will kind of be determining this for the detainee and will take into consideration what they prefer, but it will ultimately be a panel that decides where to place the detainee.”

ICE said in a statement that they are committed to upholding the health, safety and welfare of LGBT individuals in its custody and will implement the guidelines of the “Transgender Care Memorandum” of 2015, which includes the creation of such a committee. They declined to respond to specific questions until the opening of the facility, set for Jan. 16.

ICE has begun to a create a community advisory board to help increase communication about the facility. But such a board is not mandated by policies or laws. They have also told advocates that they will create a legal orientation program, to help detainees understand the law.

For Aguilar, the general information in this kind of program is not enough. “If a detainee has a particular question, they cannot answer case-specific questions,” she says. She wants to help provide them with individual consultations with lawyers.

While in detention, Aguilera says she did feel safer at Santa Ana than at the Las Vegas facility where she was first placed, because at Santa Ana she was housed among other trans women and not in solitary confinement. Since her release last year, she says she wants to help others by getting a degree in criminal justice.

“It’s really hard being inside the detention center and I wouldn’t like none of my girls being in detention, but there’s nothing I can do about it, you know?” says Aguilera. “And it’s really hard to hear they’re going to open another one in Texas.”

Also: She fled abuse in Mexico, and now this trans woman says she was abused in immigration detention too

Alvarado city manager Davis says, though, the new detention center is already a part of his small town. People have been moving into the city to take new jobs.