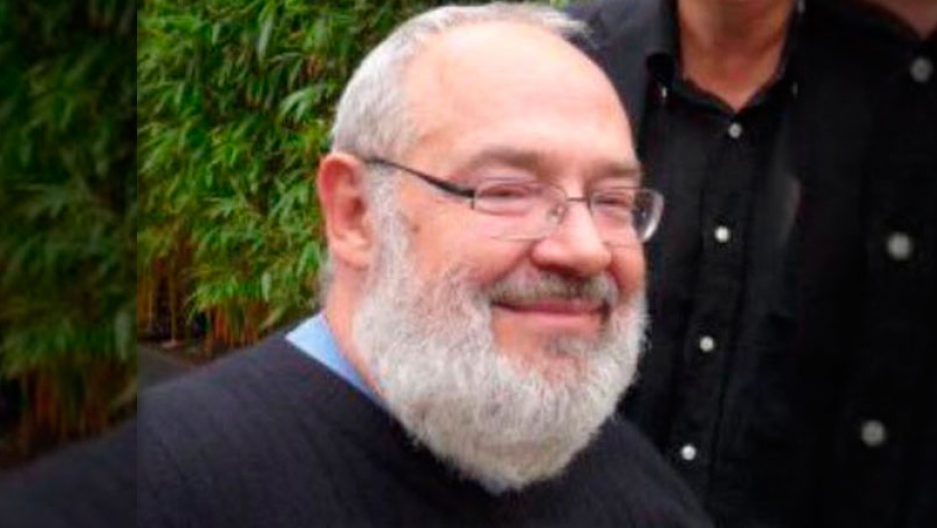 Servant was regarded worldwide as an expert in his field, however his humanitarian work in Africa in collaboration with Doctors of the World was just as important, if less well known. A celebration of his life and commemoration of his work was held recently in Père-Lachaise's dome hall crematorium.

The use of firewood for cooking fuel in homes in Niger causes numerous accidents, usually to children. Sentinelles, an NGO dedicated to providing aid to the wounded in Third-World countries, explains this phenomenon:

"The number of children who are seriously burned is unfortunately high. Family “kitchens” generally consist of a stack of firewood with a pot on top that is used to prepare and serve family meals. Children are often left near the fire unattended, meaning the slightest incident, a slight gust of wind for instance, can lead to the child's clothes catching on fire."

Servant came to Niger's Niamey National Hospital not only to provide care to children suffering from serious burns, but also to train medical students in reconstructive surgery techniques. His humanitarian work didn't stop there.

Servant participated in “Operation Smile,” the focus of which is to treat and repair the faces of children suffering from Noma, a form of gangrene that mainly affects malnourished children.

In an interview with the magazine Pharmaceutiques, a French language pharmaceuticals magazine, Servant explained his work in detail:

"We essentially try to operate on children suffering from facial malformations (Noma gangrene, in particular) and congenital conditions, such as cleft palate. Our aim is to reconstruct the affected area and to reintroduce the mouth's major functions. The patients are usually diagnosed and categorised on location, normally by the surgeons at Niamey. We generally receive photos of the patients in France one week before we are scheduled to start work in Africa. While roughly 80 percent of our cases, we do also treat burn patients and patients with tumors. We also train the local surgeons, so that they are able to treat patients in these cases independently. Doctors of the World works in Niger, Madagascar, and Vietnam. It is thanks to funding from the organization that all of this humanitarian work is possible. We work at Niamey National Hospital between two and four times per year. A well trained surgeon can treat roughly 30 patients. Since there are always two of us on site, we can treat roughly fifty."

Servant took on a number of students as part of his work, one of whom was Nigerien surgeon Issa Hamady, who learned how to treat Noma gangrene effectively by working at Servant's side. Hamady recently reflected on what the late professor and his work means to him:

"A great mentor, a loving and attentive father figure, and a man with an enormous heart has left us.
Enough could never be said about this great man's achievements, prowess, and passion for his work.
Neither his hundreds of Noma patients, whose lives have changed dramatically thanks to him, nor those he taught the essence and complexities of reconstructive surgery, will ever forget him.
May his soul Rest in Peace."

A Wonderful Homage From His Peers and Friends

Colleagues and close friends around the world remembered Servant as an exceptional surgeon and a brilliant man with integrity, whose generosity and kindness were unparalleled. Born in 1947, Servant became the head of reconstructive plastic surgery at Saint Louis hospital in Paris in November 1995, where he worked for 15 years.

Dr. Daniel Cataldo was a close friend and colleague of Servant's. "He's the best doctor a patient could wish for. He's the best surgeon and best person I ever met."

Cataldo says to be a good doctor, the most important requirement is dedication and that Servant dedicated his whole life to surgery. "I have spent my whole life working with the most important surgeons in the world," say Cataldo, "but Jean-Marie Servant was unique. He really had a gifted brain and a huge personality. I never met any colleagues as professional as him."

For nearly 20 years, Cataldo and Servant worked together in Africa and in 1996 started Operation Servant, a humanitarian organization in Niger that since 1996 has offered reconstructive surgery in one of the poorest areas in the world. Cataldo and Servant developed surgical techniques to help children suffering from Nom, a rapidly progressive polymicrobial, often gangrenous, infection of the mouth.

Noma is a disease of poverty and especially attacks children whose health is compromised by bad hygiene, malnutrition and illnesses like chicken pox or measles. It starts as an ulcer in the mouth and then spreads to the soft tissue and bone, and eventually the brain. It's almost always fatal.

"Most of the children, they lose half of their face," says Cataldo. He and Servant's work treating Noma has now made it possible to perform facial reconstruction in one or two surgeries, instead of the four or five needed previously. Cataldo and Servant recently completed a book about their work in the hopes that their facial reconstruction techniques will be taken up by doctors around the world.

Dr. Adel Laoufi worked with Servant as clinic director during Servant's time at Saint Louis hospital. This is Laoufi's written homage to the late professor:

"2016 has taken many stars from us. However, for me Dec. 29 marks the saddest of these losses. It's difficult to describe in so few lines all those hours we spent together in the operating room. I will always remember the image of the supposedly “inoperable” 80-year-old patient, on whom we operated together for countless hours between Christmas and the New Year to remove a complex facial tumor, and subsequently to reconstruct the patient's entire eyelid. The hours and hours of complex and meticulous work were what allowed the patient to spend a few more years with their children and grandchildren. Jean Marie had a very nurturing personality, which made him a personable and caring man. You also had to respect his surgical genius immensely. I was lucky enough to be able to see him again a few months ago with my friends and colleagues Gregory Staub and Christelle Santini in a café, where he told us of his passion for African art."

Dr. Bachir Athmani also shared his thoughts and feelings on the late Servant:

"Jean Marie You were a good man;
• An honorable and fair man, but not inflexible. You knew how to bend but not break;
• You loved people;
• and you will always be remembered by your loving students."

In an open letter, Malagasy doctor M. Rakotomalala offered a final farewell to his old friend:

"I know you wouldn't have wanted me to write this letter: to speak of you, to pay you homage, to say that I am inconsolably sad after the announcement of your death that you predicted countless times. But I'm going to do so anyway because, throughout our 20 years of friendship, I haven't always done what you told me to."

"Just like the day when, right after you'd removed my malign tumor, you watched me travel across the Atlantic to attend my students’ graduation ceremony. The idea was crazy, but I was free. Free to take such an inconsiderate risk, free of life, free of death. “Do what you want.” These were the words you said to me, but there was no hint of anger in your voice. In fact, you actually respected my choice."

"This was the driving force of your life: not to judge others, forgetting your own wants and needs, and the passion of others. More importantly, you always knew that it was important to accept the consequences of your actions. The long reconstructive surgery missions in Niger after you'd undergone a coronary bypass. Attending my daughter's baptism, supported only by a cane and facing an uncertain recovery, amidst the row and euphoria of our family gathering. Coming to visit us after her accident a week later, even though you could hardly walk or speak."

"There was also Bistrot Mazarine's coq au vin, after you'd just found out that you had leukaemia. All those cigarettes and coffees your drank, against all advice. I told you to stop and you replied with a little smile, which told of how little consideration you had for your own well being."

"When we first met in Niger in 1991, you'd already been working there for six years. And by either accident or a miracle, you gave us 20 years of beautiful friendship, fixed our broken bodies with your hands of a master craftsman, and brought your immense heart into our pitiable and heroic lives."

"Gifted, selfless, free. You were a giant among men. Farewell, my friend. Goodbye, Jean-Marie"

Writing on Facebook in fewer, but no less poignant, words, Borhane Belkhiria summarized the memory that will remain with Jean-Marie Servant's family and loved ones: “Geniuses are comets, destined to burn in order to make our generation a little brighter.”