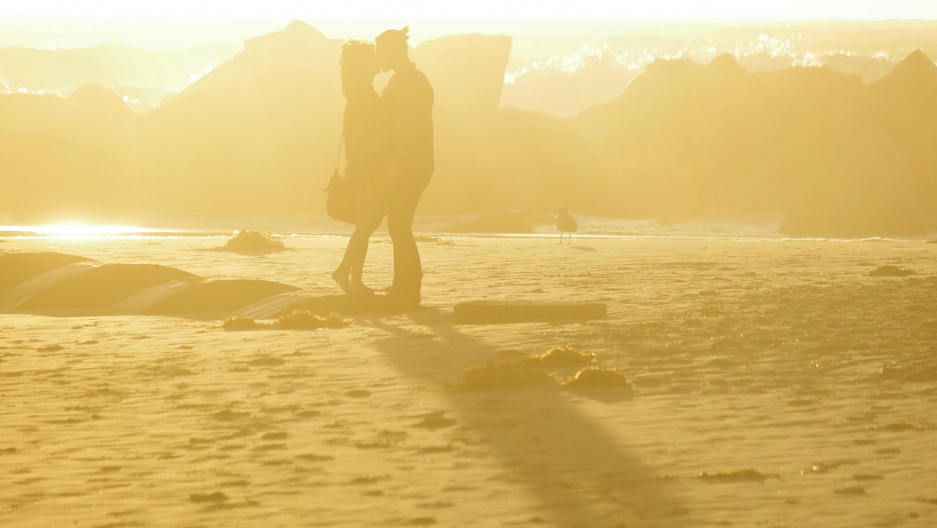 Those looking for love online sometimes fall prey to romance scammers, who they end up owing thousands of dollars.

This is a detective story that started off as a love story. It’s about romance scams.

According to the FBI’s Internet Crime Complaint Center, online romance scams account for higher financial losses than any other internet-based crime. It’s not uncommon for victims to lose tens of thousands of dollars.

Five years ago, an Austrian woman decided to give online dating a try. (She asked that I only use her internet handle, Firefly, for reasons that will soon become clear.) It had been about a year since Firefly got divorced. “My friends advised me to go online and try to find someone to share my life with,” she says via Skype.

Firefly spent a lot of time on her profile, thinking she needed to be entirely honest and open if she hoped to really connect with someone. Within 10 minutes of posting, she had a handful of virtual suitors — and one stood out. He suggested they ditch the dating site and switch to email.

Her new boyfriend had a complicated backstory: He was an American soldier serving in Iraq, and he had a son living in Ghana. But she had revealed to her new online beau how much she wanted children, and soon his 14-year-old son was emailing her. (I know; red flag.)

“He even called me, calling me ‘Mom’ a few times,” she says.

Then, after about a week of heavy correspondence, Firefly’s boyfriend announced his son’s birthday was coming up, and suggested she send him a gift.

So she wired a few hundred euros to Ghana. It was pretty gratifying, she says; the son was ecstatic.

But soon after, she learned that the son had had an accident at school and needed help paying hospital bills — urgently.

“Of course I was sending money again to Western Union,” Firefly says.

Scarcely had the boy recovered when he was struck by cholera, which required another expensive course of treatment. Within the space of about three months, Firefly wired the equivalent of about $1,000 to Ghana. She decided to do a little research online and discovered that, yes, cholera is a problem in Ghana, and yes, treating it can be expensive — except that Ghana actually has a free cholera treatment program.

“In that moment, something was not sounding right to me,” Firefly says.

She finally realized she’d been scammed. But she also realized something else: There were probably a lot of people, just like her, being victimized on dating sites, and Firefly was determined to do something about it.

One day, scrolling through an online forum, she met Wayne Mays (not his real name) from the UK. Mays is a romance scam-baiter, which means he hangs out on dating sites, posing as a naive love-seeker, with the goal of unmasking — and exhausting — confidence men and women.

“You pretend to be a victim and string them along, try to get them to waste as much of their time, money, and resources as you can,” he says.

Mays would post any identifying details that scammers used online — from the email addresses they created to the back stories they recycled — to make them searchable. It’s a form of low-grade, guerrilla cyberwarfare. But for Mays, who co-hosts a scam-baiting podcast, “it’s also like improve comedy.”

Most people aren’t turning to him for comic relief, though. Five years ago, he and a small team of international volunteers, including Firefly, created Scam Survivors, a hotline and information resource center for victims of online scams — mostly, as it turns out, romance scams. The site tends to be a last resort for victims who are afraid to go to the police, or to tell anyone in their life what’s happened, because they’re ashamed.

“These people are not stupid at all. They're just trusting,” Mays says. “With the romance scam, it could be someone who's been married for a number of years. Their partner has either died or they've divorced and they've just started looking at online dating. So they have no idea that these scammers are out there.”

While Mays admits that they can’t get victims’ money back, they can help get victims out of scary situations, especially when romance scammers resort to extortion. The most common complaint Scam Survivors receive is for “sextortion,” where scammers make tapes of sexual encounters with their victims, then press them for money in exchange for keeping the video private. According to Mayes, they’ve handled more than 14,000 such cases in the past three years.

“We will advise them, first of all: Don't panic. Go deactivate all your social media accounts,” he says.

In Mays’ experience, romance scammers typically target 30 to 40 people a day, and will eventually move on to easier prey if they encounter resistance. Whatever you do, he adds, don’t ever pay them — that will only make a scammer more aggressive.

As for Firefly, she now refuses to date anyone she doesn’t meet the old-fashioned way, face to face. But on the internet, she’s still looking for love in all the wrong places — this time, with a mission.

A previous version of this story misstated the magnitude of the scams in the online romance industry.