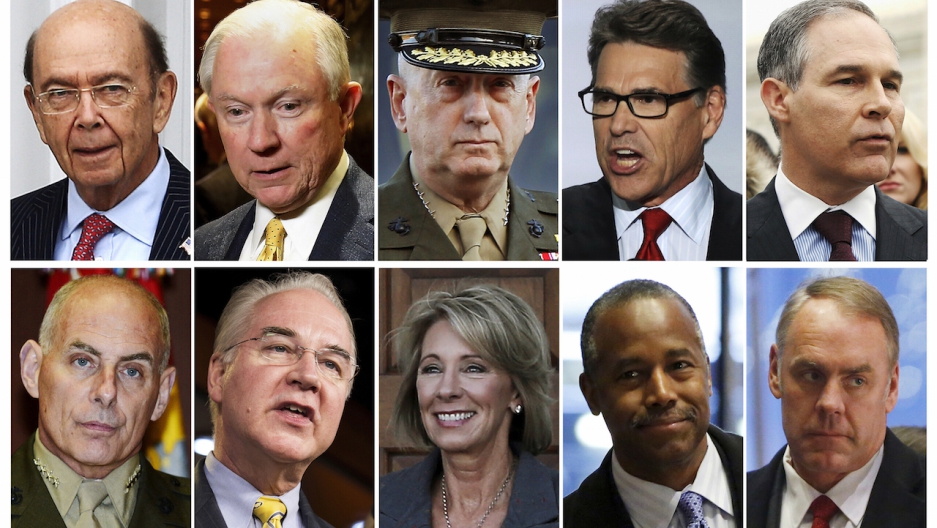 The US Senate began confirmation hearings for key nominees to Donald Trump's cabinet Tuesday, amid concerns many of the president-elect's picks haven't been fully vetted over ethics, or made full financial disclosures.

Several nominees are scheduled to have hearings this week, with three due to get under way Wednesday, including Rex Tillerson, the wealthy Exxon oilman who Trump has tapped for secretary of state.

Unlike Sessions, who has faced pushback from Senate Democrats, Kelly by most accounts has been amicably received during several days of private meetings with Democratic and Republican members of the Homeland Security Committee.

Trump, meanwhile, has shown no sign of worry over the reception his nominees will get on Capitol Hill.

"Confirmation is going great," he told reporters Monday in an unexpected appearance in the lobby of Trump Tower, headquarters for his gilded corporate offices in New York City.

"I think they'll all pass," he predicted.

Democrats however are vowing not to allow Congress to rubber stamp Trump's cabinet picks without a fight.

Sessions, in particular, has drawn fierce opposition from liberals concerned over his conservative views on everything from abortion rights to civil liberties.

"He has denounced Roe v. Wade, which guarantees a woman's right to choose. And on other issues like religious freedoms, torture, where he's taken positions that I think are out of the mainstream, and of course his staunch and steadfast opposition to any kind of immigration reform," Democratic Senator Richard Blumenthal, a member of the Judiciary Committee, told MSNBC late Monday.

Another Democratic senator, Cory Booker, has gone so far as to say he'll testify against Sessions at Tuesday's hearing — a departure from many decades of Senate protocol.

"I'm breaking a pretty long Senate tradition," Booker told MSNBC, adding that Sessions "has a posture and a positioning that I think represent a real danger to our country."

Blumenthal said one measure of whether an attorney general nominee is right for the job is whether that person is willing to stand up to the president in the interest of justice.

"Our constitutional duty is to make a choice about whether this individual will be a champion of constitutional rights and liberties and will be able to stand up to Donald Trump, soon to be president, and say, you cannot do what you need to do, or we're going to have to indict someone who is a friend of yours, and sometimes there will be conflicts of interest where an independent counsel will have to be appointed," he said.

Our requests are eminently reasonable, shared by leaders of both parties. I'll return this letter to @SenateMajLdr with the same requests. pic.twitter.com/IMT7ZtJFjV

"The hearing schedule ... is so jammed right now that several high, important hearings will fall on the same day," Schumer said on the Senate floor Monday.

"They come, many of them, from enormous wealth. Many have vast holdings in stocks and very few have experience in government. So they have not been appropriately vetted for something like a cabinet post before," said the New York Democrat.