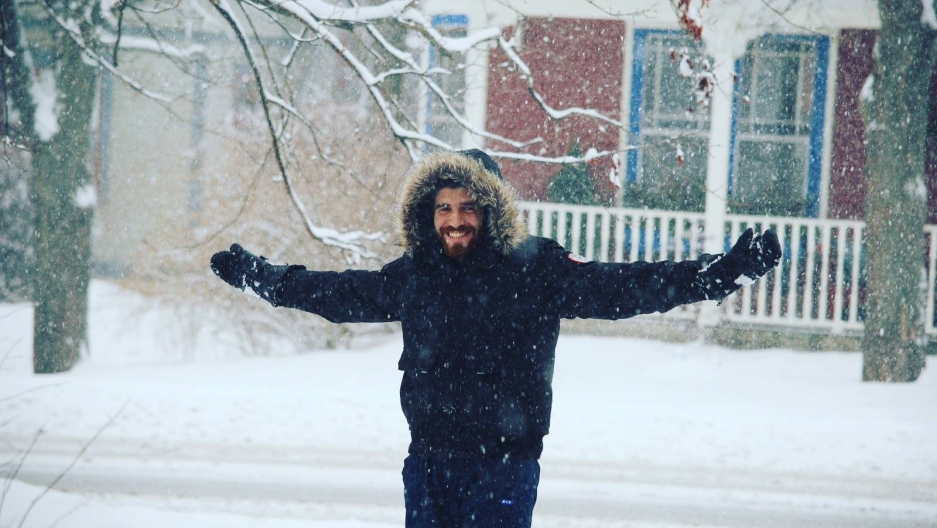 Tareq Hadhad is the oldest son of the Hadhad family.

Antigonish is a tiny town in Nova Scotia, Canada, with a population of about 5,000.

But there’s a chocolate shop here so famous that tour buses line up outside. Prime Minister Justin Trudeau even talked about it at the United Nations. This shop — it’s called Peace by Chocolate — is run by a former refugee family from Syria.

The Hadhads arrived in Canada last winter, after spending years in refugee camps in Lebanon, with almost nothing except for a few bags of clothing. Twelve months later, they say they are completely financially independent. Their shop even has 10 employees.

Tareq Hadhad, the family’s oldest son, says his family was never completely bereft because they always had their recipes. "We brought with us the skills and experiences and everything we got from our past,” he says. "That made the start easier with the support from the Antigonishers."

The Hadhads had owned a chocolate factory in Damascus. It was one of the largest in Syria, and they exported all over the Middle East and even to Europe. But, one afternoon, that factory was bombed.

He got another call from his father soon after. "'After three days, my father came to me, maybe we lost our factory, but at least the family members are safe," Tareq says. "'Everything has gone can be rebuilt."

In Antigonish, the Hadhads are doing just that — rebuilding. 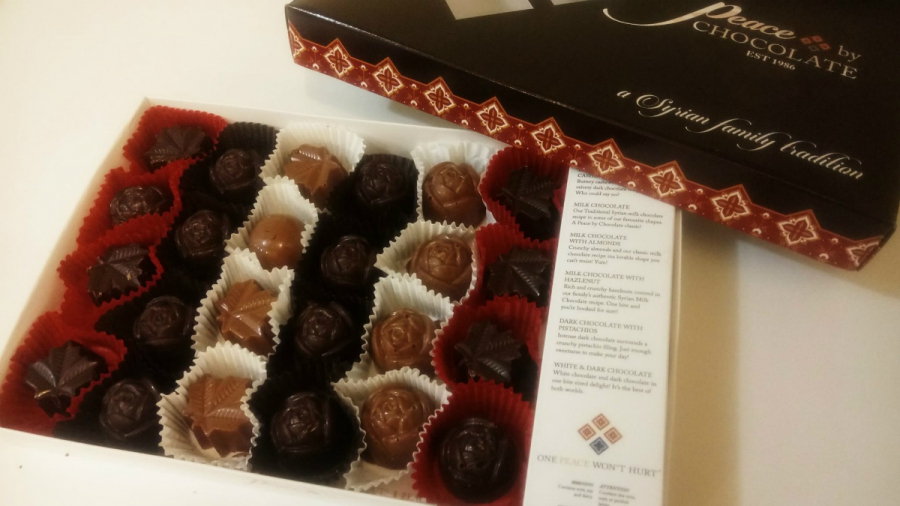 This is a box from Peace by Chocolate.

"We are Syrian-Canadian," says Tareq, "and it’s reflected in our chocolate pieces."

Tareq’s favorite flavor, though, is a classic. "I love the most dark chocolate. Eighty-five percent cocoa," he says, "so this is very bitter, but there is some sweet with the filling of nuts that makes it perfect."

Tareq has been talking about chocolate a lot lately. He’s been interviewed over 200 times. His family feels proud and honored by the attention, he says, and also grateful. "We feel that we have a huge responsibility, now," says Tareq, "to start to give back to the country that welcomed us with open arms."