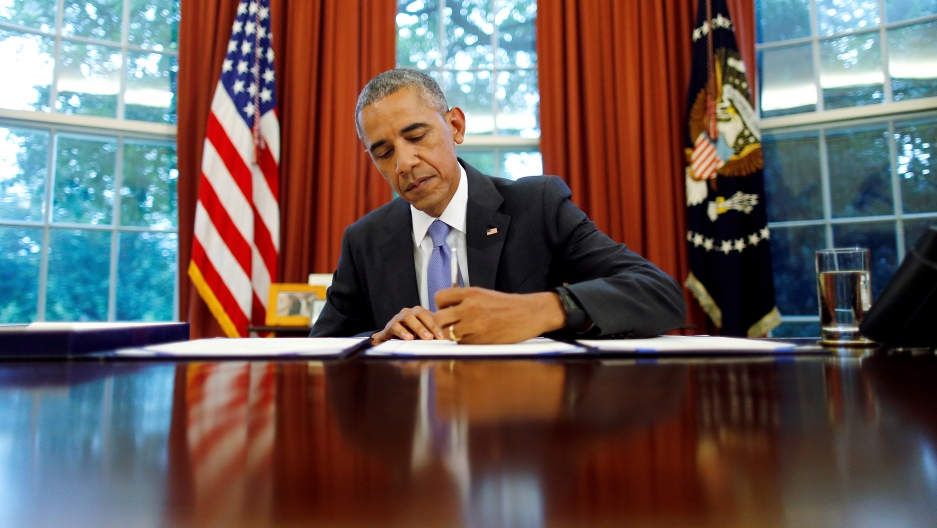 President Obama attempts to shape his legacy in his final days in office.

In an eleventh-hour attempt to cement his legacy on climate change and dissuade his successor from scrapping his policies, President Barack Obama published an article in a top academic journal, Science, this week.

Science editors say, according to their records, he is the first sitting US president to author an article in the peer-reviewed journal.

The article, published Monday, argues that the clean-energy revolution is irreversible and highlights the economic benefits of cutting carbon emissions and investing in renewable energy.

Obama writes that “evidence is mounting that any economic strategy that ignores carbon pollution will impose tremendous costs to the global economy and will result in fewer jobs and less economic growth over the long term.”

The article mentions President-elect Donald Trump by name and seems tailor-made to appeal to the business sensibilities of Obama’s White House successor.

The same day the article was published, Secretary of State John Kerry made a similar argument in a speech on climate change and business investment at the Massachusetts Institute of Technology.

“Never before,” Kerry said, “has the elimination of such a significant threat actually presented such an extraordinary level of opportunity.”

The Science article is the third the president has published in top academic journals in the past week. He wrote on criminal justice reform in the Harvard Law Review and defended his Affordable Care Act in the New England Journal of Medicine.

The publications in peer-reviewed journals highlight Obama’s academic approach to policy. The president’s chief scientific adviser John Holdren, who helped shape Obama's keystone climate change policies, is said to have had the ear of the president more than in any other White House in recent history.

The Obama administration also launched a number of high-profile scientific initiatives, including those on precision medicine, cancer and Alzheimer’s disease.