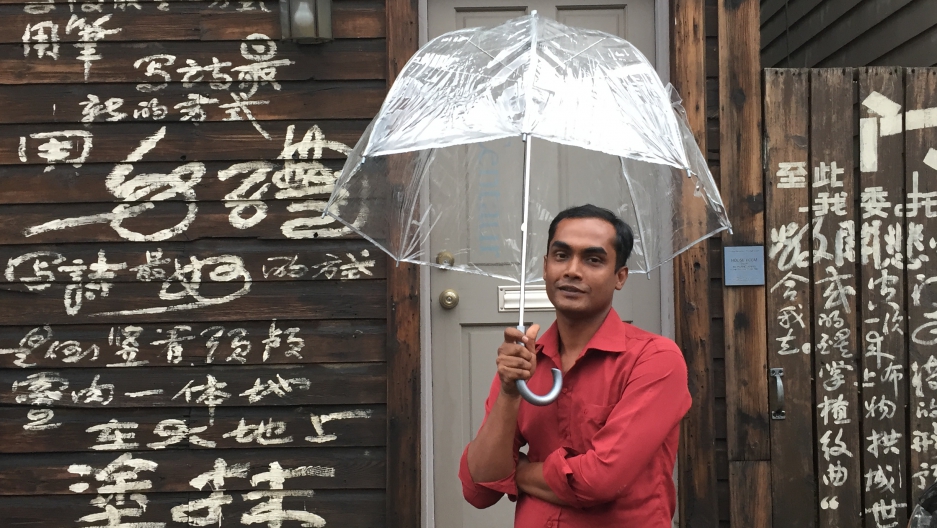 Tuhin Das, exiled from Bangladesh, now lives in Pittsburgh and is the current writer-in-residence with the City of Asylum program.

Tuhin Das was just 16, living in Bangladesh, when he started writing poems and editing a magazine — and getting noticed.

His writings called out the persecution of Hindus and atheists, religious minorities in Bangladesh. But they infuriated some fundamentalists who thought Das was anti-Islam. When he was only a teenager, a group of fundamentalists stabbed him in the street. Then, in 2015, Das’ name showed up on a hit-list.

“My name along with five others appeared on Facebook one night,” Das explains in Bengali, through an interpreter. Das speaks English but is more comfortable using his native language. “The post said, 'These people are considered an enemy of Islam.'”

Das says a group linked to al-Qaeda was behind the threat. Terrified, he went to the police. They told him: “You can be under attack any time, and we will not be able to protect you, if you’re staying here.”

So Das went into hiding.

He wasn't alone. Writers have been targeted and killed in Bangladesh in recent years by Islamist extremists, who label them infidels. Das, who was born into a Hindu family but considers himself an atheist, says he didn’t write against Islam. “I wrote against anything that is extreme,” he explains.

After hiding out for months, Das saw a news story about another Bangladeshi writer who was also in danger, but had found safety abroad. The writer had been granted sanctuary through the International Cities of Refuge Network, an organization involving more than 50 cities worldwide. The Pittsburgh program, called City of Asylum, accepted Das.

He'd never left Bangladesh before, never been on a plane. Nine months ago, Das arrived in Pittsburgh. He shows me around the old row house where he lives now. It’s on a quiet alley. It’s nice, but still he couldn’t sleep at first — nightmares. Slowly, though, he's settled in. “I don’t feel as insecure here as I used to feel back in Bangladesh,” says Das, who is now 32. “I can write freely. I can express my opinions and thoughts freely in my writings.” 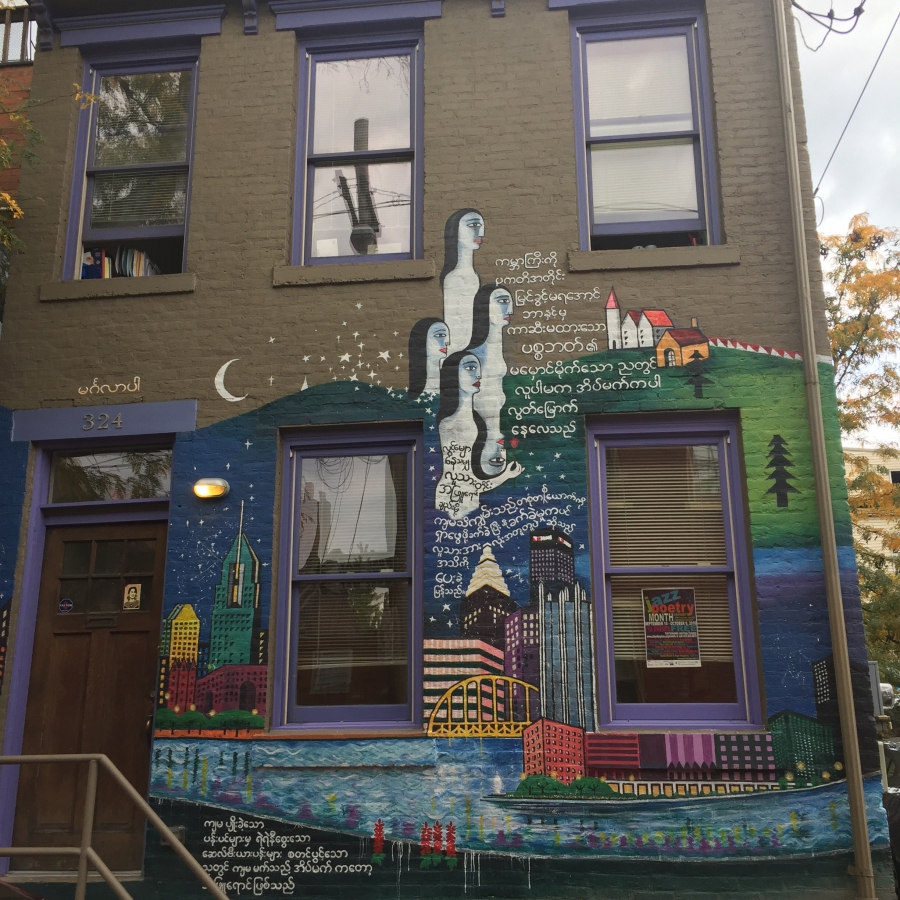 The City of Asylum's office is in this house on Sampsonia Way in Pittsburgh. Exiled writer Tuhin Das lives nearby.

Das is prolific. He’s working on a biography of a famous Bangladeshi poet; a diary of his time in Pittsburgh; a novel; tons of articles. He mails them to Bangladesh for publication. He also keeps up his blog, written in Bengali.

The City of Asylum residency lasts about two years, and Das is the program’s sixth writer. He has housing, health insurance and a stipend that provides enough to live on, so he can write full-time. But being in exile has removed Das from everything else: his friends, his family, his language, his country. The place and culture that are the central subject of his writing are so far away. He spends more time online messaging with his friends back home than anyone else here, he says. It’s lonely.

“I don’t think the feeling of being in exile is a positive one for me. I feel that I am in exile not just physically, my mind is also in exile,” Das explains.

He’s closely tuned into what’s happening back in Bangladesh — watching as fundamentalists divide Bengali culture and attack minority communities. Das says that feeling of persecution, being seen as "separate" simply because of the religion one is born into, doesn’t go away.

“I am a Bengali first. I should be known by the language I speak, the culture I follow, by my literature, my music, my art, my heritage,” Das says. “That is more important to me than the religion.”

As a foreigner and a Bangladeshi in the United States, Das says sometimes he feels people in Pittsburgh looking at him uneasily, even suspiciously. He feels aware of his dark skin and thick accent.

Toward the end of our interview, he offers a comment in English. “Everyone, everything is different. Everyone is different,” Das says of the United States. “When I first came here I thought maybe I was walking on the moon.” But today, Das is walking in a park near his home. He has a favorite spot, a favorite bench. Sitting on it, he says, he finds peace looking up at the sky, knowing it’s the same one over Bangladesh.

Here is one of Das' poems:

I have something to say.
I have come from the war fields of pen & machete.
I have witnessed the birth of hatred and division in place of love & unity.

How can they say ''kill the nonbelievers''? How can I be silent?
Is my fault that I am a Shia? I am a Hindu? I am a foreigner?

I am gay? Will we Bangladeshis be buried under mass graves
like Iraq, Syria & Afghanistan?
Why are people living in fear of assassination & murder in their own homeland?

Why do they shroud humanity in a blanket of blood?
Why would assassins be targeting writers, minorities, and atheists in Bangladesh?

Although we have offered our tears in return after every murder, we are not afraid,
I am not afraid. Even if they want to murder me again I will say:
‘You are afraid, you are scared, and so you wanted to murder me.’