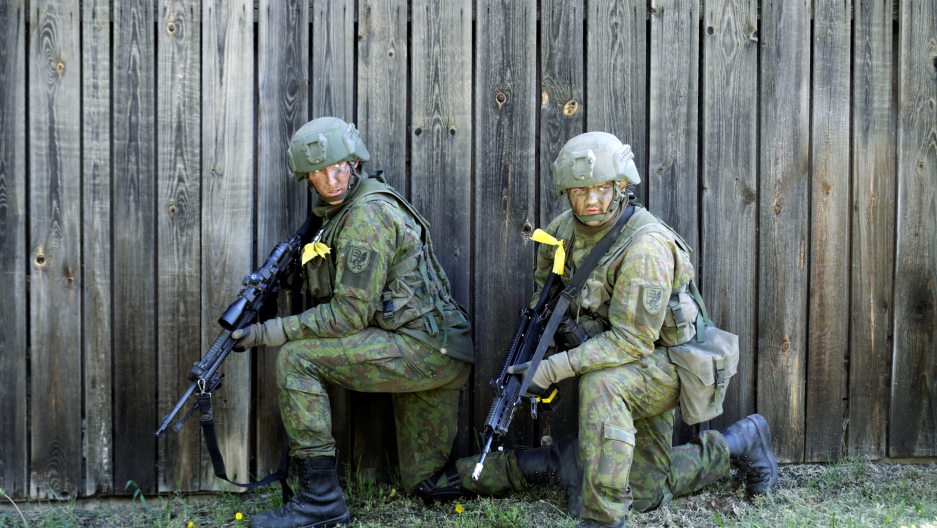 Lithuanian soldiers are shown during military exercises in Rapina, Estonia.

Residents of the Baltics are getting nervous.

President-elect Donald Trump's uncertain support for the NATO alliance and his praise for Russian leader Vladimir Putin have people in Estonia, Latvia and Lithuania looking over their shoulders.

All three are former Soviet republics and now NATO members.

"These countries have seen this movie before," Klobuchar says. "When Estonia had the audacity to move a bronze statue of a Russian fighter from a town square to a cemetery, the reaction of Russia was to actually shut down [Estonia's] computer systems and hack into it."

Last December, Lithuania attributed cyberattacks on its government to the Kremlin.

"It's a modus operandi that Russia has used in the past and will use in the future unless we stand up [to] it," Klobuchar says. "We should be celebrating and supporting these new democracies, instead of making alliances with Vladimir Putin."

The Soviet Union annexed Estonia, Latvia and Lithuania after World War II. The countries achieved independence in 1991. Although they look to NATO for protection, Russia's annexation of Crimea in 2014 has many Baltic residents worried about their security.

It's a concern that Klobuchar shares. She says President-elect Trump's lack of consistency in his dealings with foreign leaders is cause for anxiety.

But she's pacing herself.

"My dad is a reformed alcoholic. And so I decided to go with their saying," she says. "One day at a time, right?"