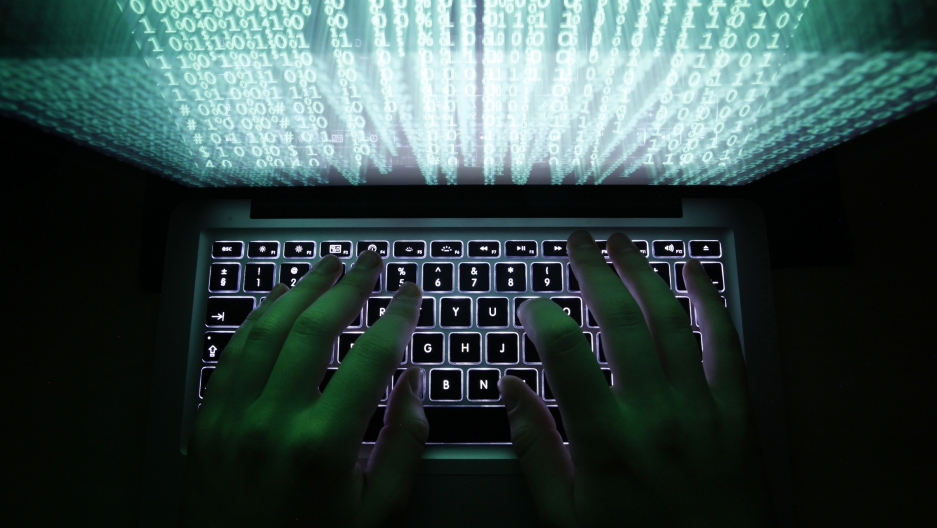 We keep hearing that what Russia allegedly did was hack the election.

Its association with technology goes back to MIT in the 1950s, says Ben Zimmer, language columnist for the Wall Street Journal.

“It actually all goes back to an undergraduate group at MIT called the Tech Model Railroad Club,” Zimmer says. Unsurprisingly, this nerdy-sounding club kept copious records and in the minutes of one of their 1955 meetings there’s one of the first mentions of the word:

“Mr. Eccles requests that anyone working or hacking on the electrical system turn the power off to avoid fuse blowing.”

In 1959, the TMRC put out a dictionary of their club’s terminology, which included the word “hack.”

“They gave definitions including, ‘something done without constructive end; a project undertaken on bad self-advice; an entropy booster; or as a verb to produce or to attempt to produce a hack,’” says Zimmer.

MIT is known for its elaborate pranks and, according to Zimmer, the word garnered an association with mischief early on. There are mentions in the MIT newspapers of the 1960s about pranks involving the “hackers” of the MIT phone system. As computers took off, the term was seamlessly adopted by computer programmers.

The etymology of the word “hack” can be traced to two different iterations of the word, according to Zimmer. One version of the word goes back to the Middle English of the 13th century and means “to cut with heavy blows” and chopping.

“This idea of chopping something ends up getting used in sports, in which you can talk about a golf player who isn’t really good and just ‘hacks’ at the ball,” Zimmer says.

The other version of the word goes back to the old French word “hackney,” which meant an average work horse that could be leased out for a horse and carriage.

“That ordinary horse then got extended to people — if you were hackneyed or [a] hack, that meant you were a drudge. So we also have things like political hacks or party hacks or a hack writer — all of these since that come out of the oridinary horse, back in the olden days,” says Zimmer.

The term today is an intermingling of these two different etymologies and the word really caught on in the 1980s, according to Zimmer.

“There was a book about the computer programming revolution called ‘Hackers’ that used it in a generally positive way,” Zimmer says. “Then there were all of these media accounts of people taking over computer systems and doing bad things; hijacking computer systems for malicious ends and that’s when the negative sense of it really caught on in the public consciousness.”

However, the pejorative sense of the word that we hear in the media (think Russian hackers) was just a tiny portion of the word’s meaning within programming circles.

“There were positive and negative uses of that word ‘hack’ going back to the MIT days,” Zimmer says. “You could do something as a hack that was clever and create a solution to a problem that an engineer might come up — but then there was also this darker side that we also see that’s more like malicious meddling.”

In fact, in software developer Eric Raymond’s 1975 “comprehensive compendium of hacker slang” — known as the Jargon File — the word “hacker” has a list of eight definitions, and only the last entry has a negative connotation.

"8. [deprecated] A malicious meddler who tries to discover sensitive information by poking around. Hence password hacker, network hacker. The correct term for this sense is cracker.”

For a time in the 1980s, computer programmers, self-identified “hackers,” tried to reclaim the word by trying to create a distinction between good and bad hacks.

“They said, ‘People who do these bad things of breaking into computer systems, those are actually ‘crackers.’ Well that didn’t really work and hacker to this day has this negative connotation frequently,” Zimmer says.