A South Korean soldier patrols at a checkpoint on the Grand Unification Bridge, which leads to the demilitarized zone separating North Korea from South Korea, in Paju, north of Seoul, April 8, 2013.

Ten years ago, David Kang walked from South Korea to North Korea. At the border, guards inspected his US passport. They didn’t like it when he tried to snap some pictures.

But they let him through — and on the other side, in an industrial city called Kaesong, he spoke Korean with workers who could almost be considered his countrymen.

“It was emotional just going through,” Kang said. “To be in the northern side, with real North Korean people.”

The trip was a treasure trove of information for Kang, a professor of Korean studies at the University of Southern California. But it was also deeply personal. His father was born in northern Korea, 81 years ago. “At the time, it was one,” Kang said.

The city of Kaesong helped keep alive the memory of a unified Korea. For more than a decade, it was home to collaboration across the demilitarized zone, or DMZ, dividing north and south. South Korean companies there employed 50,000 North Korean workers.

A North Korean employee works in the factory of a South Korean company at the Joint Industrial Park in the Kaesong industrial zone, a few miles inside North Korea from the heavily fortified border, Dec. 19, 2013.

But the project, like so many efforts at Korean reconciliation, didn’t last. In early 2016, after North Korea claimed to test a hydrogen bomb and put a satellite in orbit, the collaboration ended. “Politics took over,” Kang said. “We’re back now to where we were 10 years ago.”

David Kang and his father, Sang-Wook Kang, have learned to live with the yearning for a reunified Korea. Both men know from experience, and from research into the impact of nuclear weapons, how deeply the divisions run. But their family history is also a reminder of the deep connections between North and South Korea. Korea had a thousand-year history of unity, and the Kang family lived through it. “I'm the 39th generation of this family,” said the younger Kang. “It's an extraordinary sense of belonging.”

'I will never go back'

When Sang-Wook Kang was born in 1935, there was no North Korea. Though the Korean peninsula was then occupied by the Japanese army, Kang describes his childhood as happy. At 81, his voice is weak, but his stories are many. “Very fond memories,” he told me, sitting in his living room in Livermore, California. He remembers ice skating in winter and swimming in summer. His ancestors had lived in the same town for centuries. “They grew up there, they got old there.”

But in 1945, all that changed. World War II ended, the Japanese army left Korea, and communism took over in the north. Landowners, including Sang-Wook Kang’s grandfather, lost their rights. “One day, he burned the deeds. He said, ‘In my lifetime, I will never go back,’” Kang recalled.

The whole family moved south, to Seoul. It was the start of a journey that would bring the Kang family to the United States. Kang hasn't been back to his hometown in 71 years. 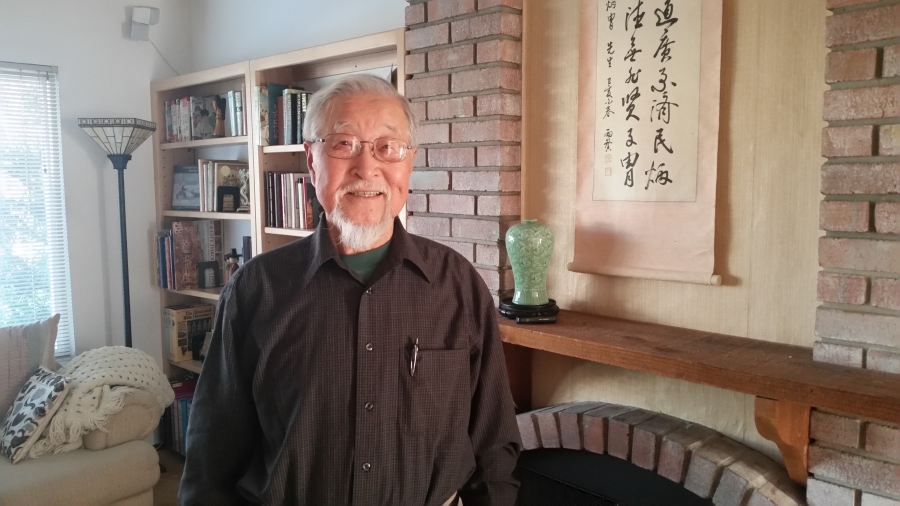 A recent photo of Sang-Wook Kang at his home in Livermore, California.

In the years after Korea split in two, South Korea struggled to recover from the effects of war and partition. Kang wanted to become a physicist in Seoul, but the country could barely provide electricity and sanitation for its citizens. “My field of physics was in shambles,” he said. “You couldn't do even experiments because both sides bombed the heck out of the infrastructure.”

At 20 years old, Kang left Korea to study in the United States. At first, he planned to go back, but then he met his American wife at the University of California, Berkeley. What’s more, his encounter with communism in northern Korea had made him fiercely anti-communist — a stance that shaped his career as a physicist. In 1975, he began working at Livermore National Laboratory, a US nuclear weapons research facility.

This was the height of the Cold War. The Soviet Union was still considered America’s greatest adversary. And so, when Kang joined the laboratory, he was asked a question. If the US wanted him to help build nuclear weapons, would he?

Kang said yes. He was convinced that nuclear weapons were essential in the fight against the USSR. “Just to give them the message, you have to make them feel that we are stronger,” he remembers thinking. “To do that the only way is nuclear.” Kang believed in the Cold War concept of deterrence: the idea that if two countries have the power to destroy each other, neither one will.

I asked Kang if, after two decades at Livermore National Laboratory, he would be allowed to say whether he’d actually helped construct nuclear weapons. “I wouldn’t, no,” he replied. Though he mostly worked on energy projects, any work on the nuclear arsenal would have been classified. “‘Mum’ is the word.”

David Kang first learned about nuclear weapons by listening to stories his father told. Livermore scientists often played “war games,” which helped them imagine what might happen in the event of a nuclear war. Alongside stories about Sang-Wook Kang's homeland of Korea, the younger Kang heard about Cold War concepts like deterrence. 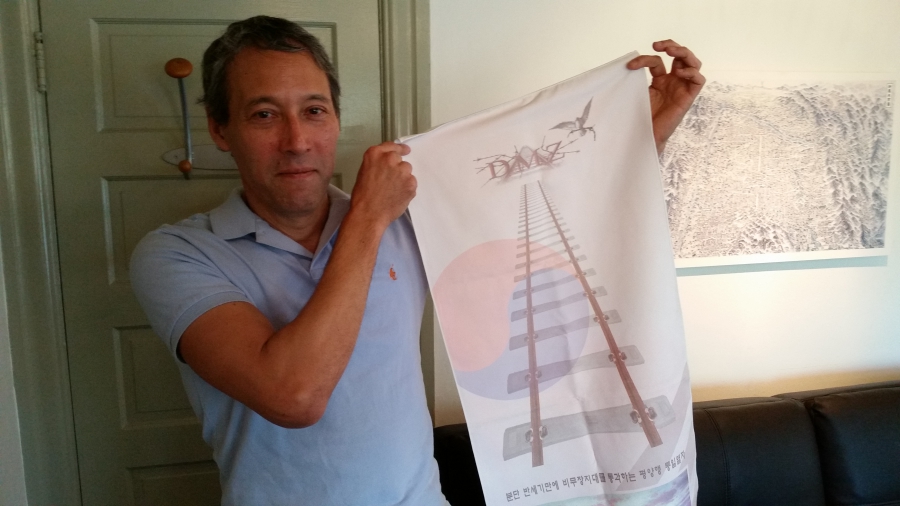 David Kang holds a memorial banner from his visit to Kaesong, North Korea.

When the Soviet Union disintegrated 25 years ago, the nuclear arms race seemed to be a thing of the past. Kang went to graduate school in Korean studies. But in 2006, North Korea tested its first nuclear weapon, and suddenly the politics of the Cold War were back.

“Everywhere else in the world, no matter how bad it is, the Cold War is over,” reflected the younger Kang. “Except one place — and that's North and South Korea.”

Kang became an expert on the place of his father's birth and co-published a book called "Nuclear North Korea."

In other words, Sang-Wook Kang can't go home in part because of the same logic of deterrence he embraced at Livermore National Laboratory.

A family dreams of unity

North and South Korea have now been adversaries for 71 years. Dreams of reunification have been tested and thwarted many times in recent decades. But David Kang believes that, just as the stalemate of the Cold War had to end, Korea will reunify one day.

I asked Kang what he'll do if that day comes. “I would love to fly to Seoul, with my father,” he said. “And drive — and go see where he was born.” The thought made his eyes well up with tears. He took a deep breath. “That's what I will do.”

A few days later, I visited Sang-Wook Kang in Livermore, and asked him what he thinks his hometown looks like today. He pointed to his bookshelf, which included a thick volume on the Korean war. “My guess is that the village is completely gone,” he said. “Destroyed, in 1950 October.”

I asked Kang if he, like his son, still dreamed of seeing Korea reunified. His optimism has eroded over the years, he said. He used to be almost certain it would happen during his lifetime. “Used to be high,” he said. “Especially the prospect of being alive, with my son.” Now he thinks that the North Korean regime may outlive him.

But Sang-Wook Kang has a different kind of optimism. It's the optimism that stems from a family bond, a family's commitment to its roots. When I described his son's dream of a unified Korea, his raspy voice grew warm. “I'm glad I pass on that desire to my son,” he said. “He is a good son. Proud of him.”