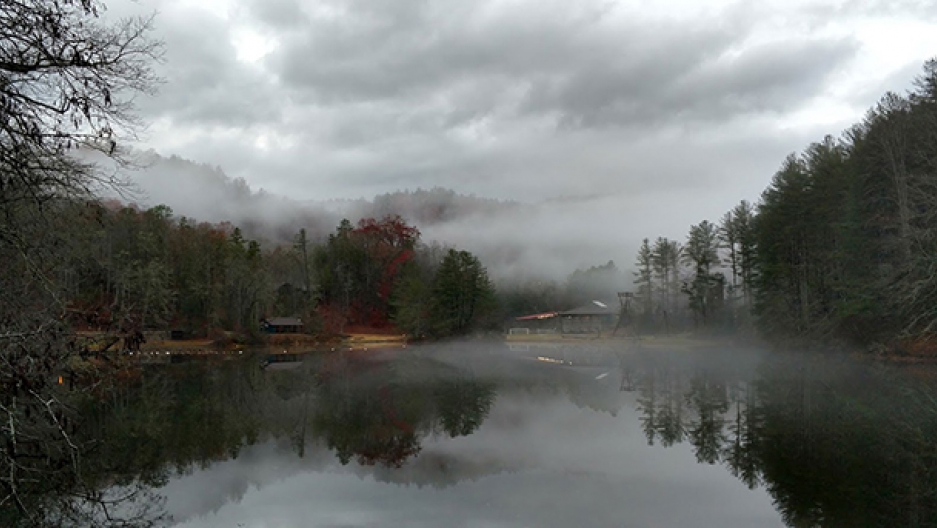 At the end of November, hundreds of firefighters from all over the country battled the Rock Mountain Fire in North Georgia. Fighting the huge blaze in the tinder dry hills was a tough battle, but when it came time to rest, the firefighters, well-accustomed to makeshift lodgings, were offered an unusual, yet comfortable upgrade: a local Conservative Jewish camp.

Ramah Darom, whose Hebrew name means “southern high place,” opened its doors to these crews as they fought to contain the blaze. The camp is located in the North Georgia mountains, in the town of Clayton, just a couple hours from Atlanta.

Many of the firefighters have been moving from one big blaze to another throughout the US. One firefighter describes the crews as “almost like a noncombative type of army.” Though the Georgia fires are now largely out, and the firefighters have mostly moved on, the connections they made to the Jewish camp in Georgia will be long lasting.

“Our understanding was, these firefighters are accustomed to sleeping in tent cities out west,” says Anthony Franklin, the general manager at Ramah Darom. When these firefighters headed south to fight this fire, they found their welcome at a campsite that can house hundreds of people in cabins and hotels. “It is November, and we are in the Georgia mountains, and we wanted to offer them at least a nice mattress to sleep on even if it was in a bunking situation,” Franklin says.

As many as 340 firefighters bunked at the camp in one night.

The experience of taking in these firefighters has been eye-opening, he adds. “It’s been very humbling. Very encouraging to meet people of all walks and talks and become friends and realize, you know what? They’re just like the rest of us,” Franklin says.

Many of the firefighters and camp staff have even connected on Facebook.

“They’re big guys. They eat a lot. They require a lot of protein,” he says. “They burn a lot of calories a day, probably three or four times what you or I would in one day, just with the type of labor that they do. So, it’s almost like a family. We’ll be seeing these same guys for a long time. It’s a very small price to pay to cook for them."

In the cafeteria, there’s a wall honoring the different firefighting teams that have played a role in stopping the Rock Mountain Fire. While the fire is now gone, the firefighters will remain, honored in memory.

A previous version of this story misstated what branch of Judaism the camp is affiliated with.

This article is based on a report by Sean Powers of Georgia Public Broadcasting. The report aired on PRI’s Living on Earth with Steve Curwood.