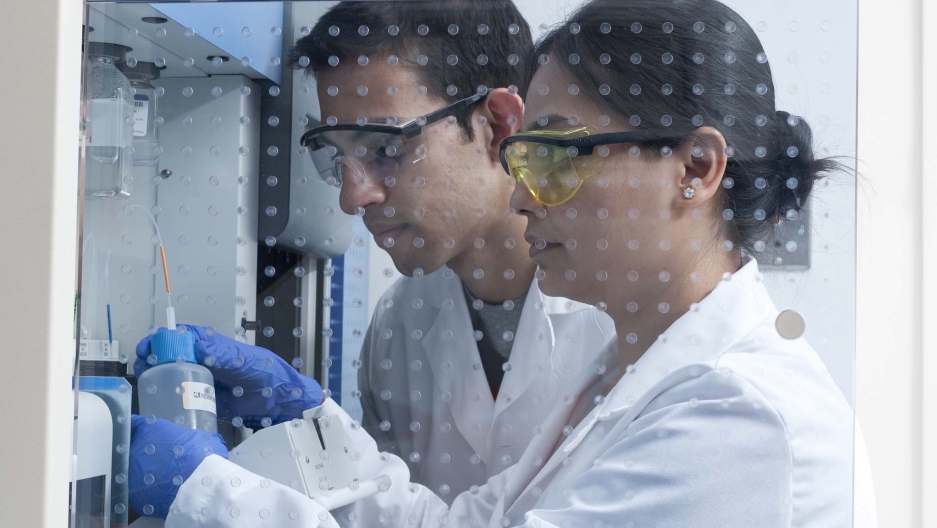 Researchers at the National Eye Institute.

A series of high-profile sexual misconduct investigations have sent waves through the scientific academy this year.

The cases have shed light on the sexual harassment and assault that many scientists say has long been a pervasive, poorly addressed issue in the field — and one that systematically affects women scientists. In a 2014 survey of field researchers, 26 percent of female respondents reported that they had been assaulted at field research sites, and another 71 percent reported experiencing harassment.

But in 2016, sexual harassment isn’t the only major hurdle that female scientists still face: Systemic gender bias is keeping many women from advancing their scientific careers, and there are studies to prove it. In a Science Friday panel, scientists discussed how gender bias manifests in myriad ways over the course of a career — and what should be done to address it.

“Our studies have reconfirmed that men’s voices matter more in science,” says Cassidy Sugimoto, an associate professor of Informatics at Indiana University Bloomington. “They’re more likely to be in leading roles. They produce more, and their work is more highly cited.”

“There are still skeptics who argue that this is due to some inherent differences in the content or quality of women’s work,” she says, adding that recent studies have shattered that myth: “Modeling all the properties of articles and predicting citation rates, we find that these systematic biases still exist against work authored by women.”

Authoring papers is just one aspect of building a scientific career, but another study recently showed that bias extends to another job-winning factor — letters of recommendation. Researchers analyzed recommendation letters for postdoctoral fellowships in the geosciences (a field in which women hold just 10 percent of full professorships, despite receiving 40 percent of doctoral degrees). They found that female applicants are only half as likely as their male peers to receive “excellent” versus “good” letters of recommendation.

Kuheli Dutt, the study’s lead author and the assistant director of academic affairs and diversity at the Lamont-Doherty Earth Observatory, says that similar studies of recommendation letters have already been done in medicine, psychology, chemistry and biochemistry.

“What we found was that our results were very similar [for the geosciences], in that men … received more of these outstanding letters, and women were much less likely to receive them,” she says. “And when I say outstanding letters, I mean the ones that portray the applicant to be this top-notch scientist, this role model, this leader, this pioneer, this rising star. Those tend to go more to men than to women.”

Dutt argues that the gender bias exhibited in preferentially glowing recommendation letters probably doesn’t come from a “conscious intent to harm someone.” It’s more likely the product of widespread cultural stereotypes, she says. But mounting evidence is painting a picture of just how deep-rooted those gender stereotypes are in the scientific community. In her research, Cassidy Sugimoto has traced gender bias all the way down to how scientific labor is divided and performed. 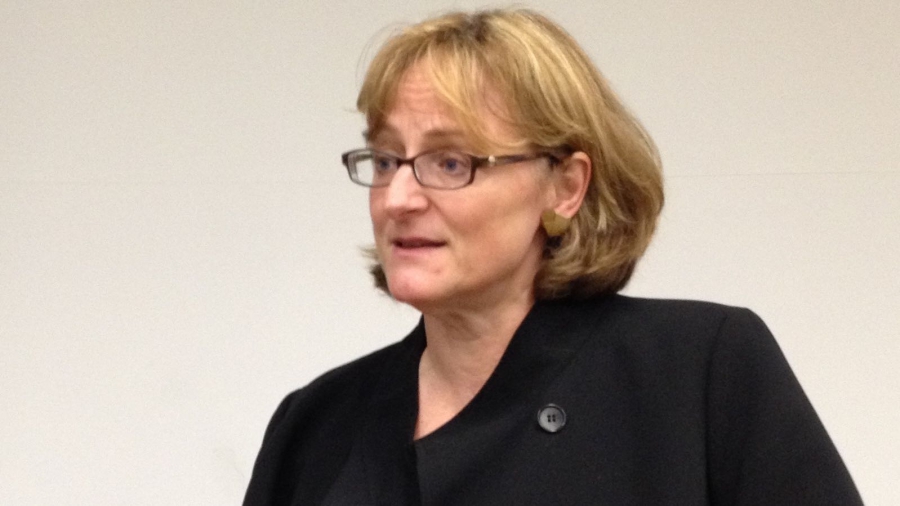 In fact, Meg Urry, the former president of the American Astronomical Society, and now a professor of astronomy and physics at Yale, points out that “every single one” of the major metrics considered in hiring, promoting or giving tenure to a scientist has been shown to be biased by gender.

“So we heard about citations and letters of recommendation,” she says. “Funding and proposals, there are a number of astronomy studies that show that women have less chance of getting their proposals accepted. Whether people are invited speakers or win prizes, those are biased by gender. Teaching evaluations, even, the status of the publications, as was mentioned earlier. So all these things that that are how we measure excellence are systematically biased against women.”

But the bias can be subtle. For several years, Urry led the Hubble Space Telescope proposal review committee. An internal Hubble review recently found that even during her tenure, male-led applications for telescope time had a higher success rate than those led by women. “I think we really have a problem here where we need to get people to understand they have biases that they don’t even realize,” she says. This year, as she writes in a blog post, the telescope proposals did not include the name of the principal investigator.

It’s a resistance that plays out across multiple forms of bias in the scientific community. Researchers recently determined that for nearly three decades, underrepresented minority scientists have consistently been awarded grants from the National Institutes of Health at lower rates than their white and mixed-race peers.

“In searches, we hear comments like, ‘Let's not look at race or gender, let's just look at merit,’” Kuheli Dutt says. “Not only does that show that this person really doesn't know much about how implicit bias works, but these sorts of comments also give rise to a very damaging perspective — that there's a trade-off between diversity and excellence. So that if you're hiring a woman or a minority, you're somehow compromising on the quality and the standards that you would expect in science.”

In addition to reducing the scientific community’s skepticism about bias, Cassidy Sugimoto says there’s more that needs to be done — like training more people to have conversations about implicit bias and thinking critically about how labor in science labs is distributed.

“And I think we need to continue to do research that brings light to these disparities, whether it’s about gender, race, social class, citizenship or other variables that impede our progress in terms of a healthy scientific system,” she says.

And until we fully address bias in the sciences, Meg Urry adds, we’re selling ourselves short on scientific discoveries.

“American science is extraordinarily successful. We typically get a couple of Nobel prizes every season, and we have amazing discoveries that have fueled our economy. So people look at that and say, ‘It’s as good as it could possibly be.’”

“What I hope people are thinking about is that … white men are a shrinking fraction of the pie in this country, and if we’re not tapping all the talent that’s out there, we’re not doing as well as we could.”