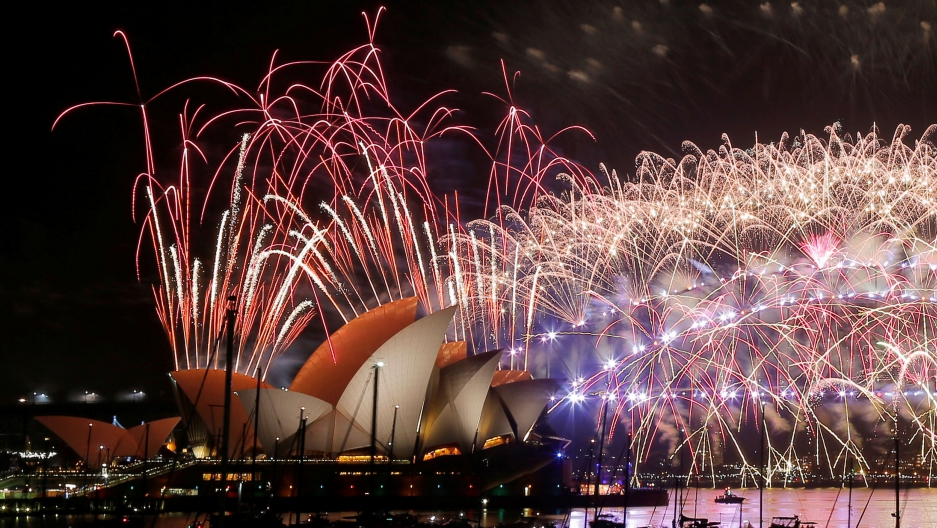 Fireworks explode over the Sydney Opera House as Australia ushers in the New Year.

Around 1.5 million people packed Sydney, Australia's biggest city, to watch as the midnight fireworks erupt from Sydney Harbour Bridge defying security threats and a year of global terror attacks that cast a pall over 2016.

Sydney's visual feast paid tribute to some of the international musical legends who died this year, including David Bowie and Prince, with purple rain pouring off the bridge in an early display and firework "stars" soaring high above the harbor.

Japan also ushered in 2017 in style, with thousands packing the streets of Tokyo and releasing balloons into the air in celebration of the new year.

2016 has seen repeated bloodshed around the world, most recently a deadly truck attack at a Berlin Christmas market, a similar incident on Bastille Day in France that killed 86 people, and atrocities in Turkey and the Middle East.

But the New South Wales state premier urged "business as usual" as a larger-than-usual crowd gathered due to the weekend timing and warm weather.

"My encouragement to everyone is to enjoy New Year's Eve ... in the knowledge that police are doing everything they can to keep us safe," Premier Mike Baird said.

A number of threats

Around 2,000 extra officers were deployed in Sydney after a man was arrested for allegedly making online threats against the celebrations.

There were a number of other reported threats during the holiday period, in Asia-Pacific and elsewhere.

Indonesia said it foiled plans by an ISIS-linked group for a Christmas-time suicide bombing, and 52 died in the Philippines in bomb attacks blamed on Islamist militants.

Israel on Friday issued a warning of imminent "terrorist attacks" to tourists and western targets in India.

Despite the terror fears, revellers in Hong Kong and Taipei were expected to throng city streets to watch firework performances. 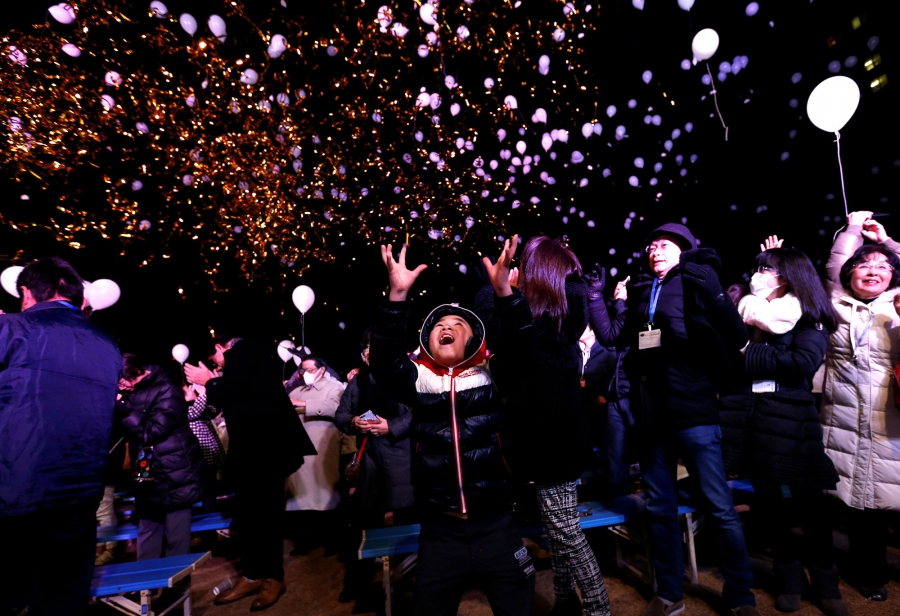 The German capital has beefed up security after the December 19 carnage, deploying more police, some armed with machine-guns.

"This year, what's new is that we will place concrete blocks and position heavy armored vehicles at the entrances" to the zone around Brandenburg Gate, a police spokesman said.

Visitors seemed undeterred by recent events as they began to gather under a cold blue sky for a series of concerts ahead of large midnight firework display in the area.

In Paris, there will be a firework display again, after muted 2015 celebrations following the massacre of 130 people by jihadists in the French capital.

Nearly 100,000 police, gendarmes and soldiers will be deployed across France against the jihadist threat.

Brussels has reinstated its firework show after last year's was cancelled at the last minute due to a terrorist threat.

With more than a million people expected to turn out to watch the ball drop in Times Square, New York is deploying 165 "blocker" trucks and some 7,000 police.

Rome has deployed armored vehicles and greater numbers of security forces around the Coliseum and St. Peter's Square, where Pope Francis will celebrate a "Te Deum" hymn of thanksgiving.

Moscow police will deploy more than 5,000 officers backed by thousands more from the new national guard and volunteer militia to maintain order.

Thousands traditionally gather in Red Square, but for the second year in a row, the area will be open solely to 6,000 invitees.

London will have 3,000 officers on patrol with crowds flocking to line the banks of the Thames to watch the fireworks.

Up to two million people are expected to party at Rio's Copacabana beach. But with Brazil mired in its worst recession in a century, the fireworks have been cut to just 12 minutes.

Normally boisterous Bangkok will see in the new year on a more sombre note as the nation grieves for King Bhumibol Adulyadej, who died in October.

And, at the stroke of midnight, the celebrations will last one second longer — a leap second — decreed by the International Earth Rotation and Reference Systems Service to allow astronomical time to catch up with atomic clocks that have called the hour since 1967.