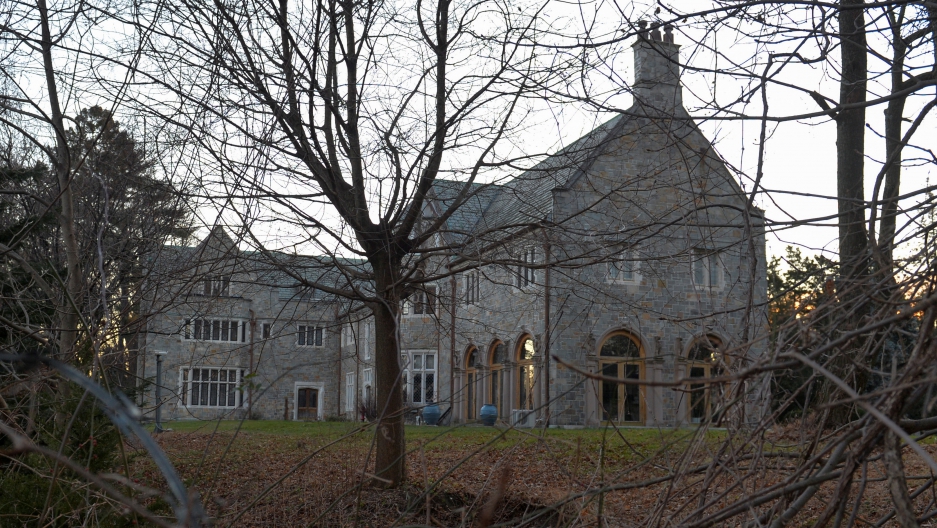 President Barack Obama evicted the Russians from two vacation homes in the United States — though mansions may be a more fitting term.

Obama is shuttering two vacation homes used by Russian diplomats. Home is an understatement — these compounds are mansions, one in Maryland and one on New York's Long Island.

The Long Island home that will be shut down is called the Upper Brookville House, a grand building on Long Island's Gold Coast.

"It's a 14-acre parcel of land and it sits high up on a hill. So you can see the gate from the street but it's pretty quiet for the most part," says Paul Mateyunas a North Shore historian and author of Long Island’s Gold Coast.

But the Upper Brookville House isn’t the only Russian owned property on the Gold Coast. They'll get to keep the Killenworth mansion.

The mansion was built in the town of Glen Cove in 1912 by George Dupont Pratt. Pratt was the son of Charles Pratt, who made his money in petroleum at the turn of the 19th century and founded the Pratt Institute in Brooklyn.

But the house took around two years to build, it was designed by the architectural firm Trowbridge and Ackerman, and the grounds were landscaped by the famous Olmstead Brothers, who designed Central Park.

The mansion was purchased by the Soviets from the Pratt family in 1951 to be used as a vacation home for their United Nations delegation.

As a private compound, very few people from the surrounding community have had the chance to see the mansion. Local historian Orin Finkle was lucky enough to get a three-hour tour back in the 1980s. He had collected a series of photographs of the house from when it was built and he contacted the Soviets at the UN.

“I asked, 'If it’s possible I’ll make you a trade. You give me a tour of the house and I’ll give you a dozen or so 8x10 beautiful photographs.' Maybe three or four weeks later they called me back and said, ‘It’s a deal,’” Finkle says.

A Soviet representative met Finkle at the gates of the mansion one afternoon in May 1985.

“He gave me a tour room-by-room of all the downstairs rooms. I wasn’t allowed to go upstairs,” says Finkle.

And in response to allegedly using the property for espionage the Glen Cove City Council revoked all of the Russians' beach permits.

But this didn’t stop the Russians vacationing at Killenworth from swimming, according to Finkle.

“They took a big reflecting pool that was in the back [of the property] and turned it into a swimming pool so the people who came out there used the swimming pool instead of going to the beaches,” says Finkle.

Finkle doesn’t remember the furnishings inside the mansion as anything special. Most of the furniture he says was stuff that could be found at any furniture store. However the architectural features inside the house were impressive.

“It reminded me of when I took a trip to England. All of the wood paneling was still intact, and beautiful wood fireplaces,” says Finkle.

Outside in the garden the feature that impressed him most was a low retaining wall embedded with broken pieces of white statuary.

“I found out from the man who was taking me around that they were bought by Mr. Pratt from the ruins of Pompeii in Italy," Finkle says, "when he went to visit the ruins he liked the bits and pieces and brought them back to this country and put them in his garden wall.”

Many of the windows of the mansion were also brought over from overseas — according to Finkle, taken from castles in England.

The name of the mansion itself, Killenworth, was also allegedly borrowed from England. According to Finkle, Pratt had been charmed by a place named Killenworth that he visited on one of his trips to the UK.

Over the years many famous people came to vacation at the property, according to Finkle — from Nikita Khrushchev to late Cuban leader Fidel Castro.

UPDATE: A previous version of this story incorrectly stated that Killenworth masion was ordered closed. The Obama administration is closing the house in Upper Brookville, New York.