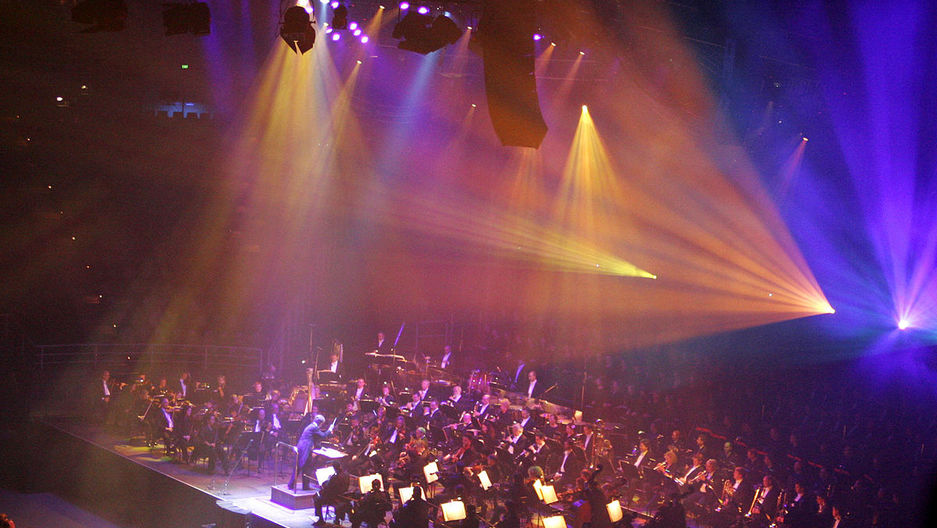 Anthony Inglis conducts the Melbourne Symphony Orchestra and the Royal Australian Air Force Band at the Classical Specatular 2005 in the Rod Laver Arena in Melbourne, Australia.

2016 has been tough for a lot of people. Especially in the news business — there's been a lot of breaking and heartbreaking news this year.

About a month ago I read a column by Joan Wickersham in The Boston Globe. It had the intriguing title, "Looking for Structure and Order? Listen to Bach."

Now, I'm not a classical music aficionado, but I do like Bach. I like structure. And I guess you could say I'm a bit orderly too. So, I took Wickersham's question to heart and followed her suggestion. And I went one step further.

Wickersham lives in Cambridge, across the river from The World's studios in Boston, so I asked her to come in and listen with me. Wickersham suggested we play Bach's Mass in B Minor. And as she says in the piece, Bach's music "has a kind of gravity to it. As well as a grace and an optimism."

It's believed that Bach completed Mass in B Minor during the last years of his life. He died in 1750. And I recently came across an essay by the Aylesbury Choral Society, which states: "What is most remarkable about the overall shape of the Mass in B Minor is the fact that Bach managed to shape a coherent sequence of movements from diverse material, whether he intended it or not."

Wickersham believes "Bach has an underlying structure and order that is very reassuring in disordered times." And I can see why she chose this particular piece of music.

Classical music — in fact, most music — provides sustenance and adds meaning to life. For Wickersham, Bach is the "counterweight to the ugliness of what's been happening recently."

Yeah, 2016 has been a rough year. It seems that the whole world is in a state of weltschmerzen. But as a new year begins, I hope we'll all be able to tap into the things that give us hope, strength and meaning.

Joan Wickersham's most recent book of fiction is "The News from Spain: Seven Variations on a Love Story." Her memoir, "The Suicide Index," was a finalist for the National Book Award. Her op-ed column appears regularly in The Boston Globe.