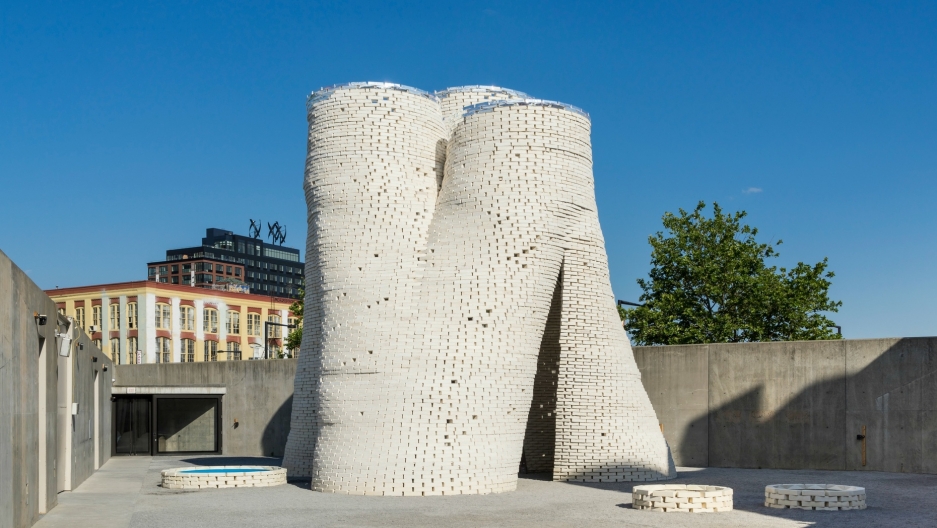 We usually praise art for sparking a conversation and even making us uncomfortable --- but does that mean anything bio-artists do is totally cool?

Kurt Andersen talks with Stanford University professor Drew Endy,who co-founded Synthetic Aesthetics,a collaborative project between bioengineers and artists. Christina Agapakiswas one of the residents, where she produced cheeses from starter cultures taken from the human body.Now Agapakis is the creative director at Ginkgo Bioworks,where she is collaborating with a "smell artist" to recreate the scents of ancient roses --- sort of like Jurassic Park, but with flowers. She likes working with artists and designers because they think first about how people are going to use things rather than being "molecule centric," she says.

Endy believes that "biology is the most awesome way of building things on earth and it does it in partnership with itself and it works." For example, he's working on a cell phone that could be grown organically with mushrooms. It turns out mushrooms are good materials for "bio-bricks;" in 2014 MoMA in New York featured an outdoor sculpture called Hy-Fi,which was a spiraling 40-foot tall tower.

But synthetic biology unnerves a lot of people --- genetically modified foods, the possibility of "designer babies." Endy says it is important to discuss all possibilities, but "the tools are changing so quickly," we shouldn't "assume too much importance to the self and now, the world that will be enabling people in the future will be much more powerful."

Where does he draw the line, ethically? "What I value about life is how wonderfully improbable it is, living systems connect to energy gradients," Endy says. "They're able to copy themselves and change over time...so if I have to make a decision, my decisions is going to be for myself evaluating on the basis on whether I'm contributing to or harming life."

His big concern is economic more than scientific. "Biology is already everywhere that people are," he says. "I strongly wish for a future that strengthens citizens as opposed to consumers ... you should care about how the tools are being developed and who controls them." For example, it's wonderful to imagine a future where we can print organs with bio-3D printers --- but who has access to those printers? We need to make sure that technology is democratized, and the future is evenly distributed, to paraphrase the sci-fi novelist William Gibson.