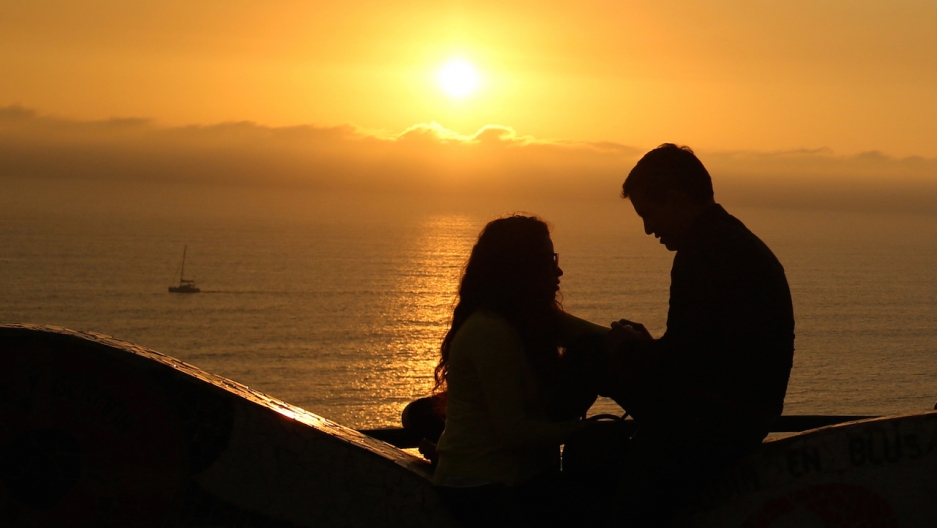 Visitors enjoy sunset at the oceanfront "Park of Love" in the Miraflores neighborhood in Lima, Peru.

Slogans don't leave a lot of room for error — especially if they're meant to entice you to drop a bunch of money to travel to a new location. The good ones are pithy and evocative at the same time. They fill you with wonder in just a few words.

It's a challenging task for any copy writer. Finding the right phrase takes talent.

Rare talent, it appears. Because the world is awash in some seriously bad tourism slogans.

Quartz drew our eye to this map by travel site Family Break Finder. They've rounded up official English-language tourism slogans from all over the world into one truly entertaining collection: 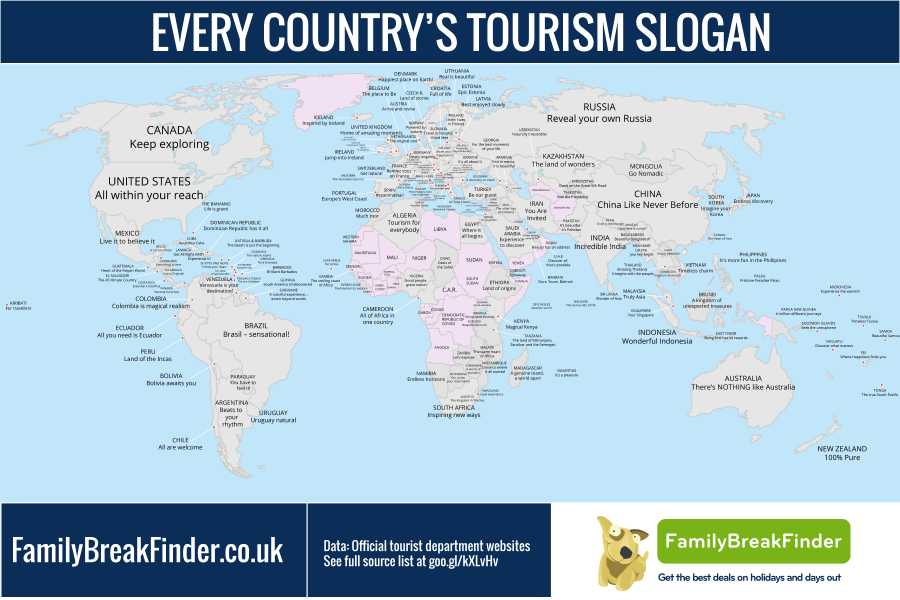 Argentina "Beats to your rhythm." In Oman, "Beauty has an address." Armenia's earnest approach is sort of endearing: "Visit Armenia, it is beautiful." And guess who this one belongs to? "I feel sLOVEnia."

Slovenia's is "possibly the worst [slogan] that I've come across anywhere because it simply doesn't work when you say it," says Simon Calder, travel editor for The Independent, who happens to be in Slovenia on vacation right now.

Calder thinks most countries would be better off without slogans. And yet, few countries are able to resist them, even when they're mediocre.

English-speaking countries aren't immune to bad English slogans, of course. "There's NOTHING like Australia" kind of feels like they were phoning it in. The caps are a crutch. C+ effort at best. Nigeria's slogan sounds like Donald Trump wrote it in a tweet: "Good people, great nation." The United States is "All within your reach." Pretty vague from the country that regularly touts its own greatness, don't you think?

On the other hand, Great Britain's simplistic slogan — "GREAT Britain" — doesn't show much of that signature restraint.

"Presumably we're feeling insecure," Calder says of his home country. "Thanks, I'll be the judge of that."

These are all questionable sales pitches, but we've gotta give some of them points for sass. Africa is leading the way in this department. Uganda's all attitude with this slogan: "You're welcome." Cameroon wants you to ignore the rest of the continent, because it's "all of Africa in one country." But then there is Morocco, which offers "Much mor." Djibouti — ahem, "Djibeauty" — is just messing with us, right?

Not all slogans are totally terrible, says Calder. He admits that "having a good slogan can do wonders for a place."

"'New Zealand, 100% Pure' — that has been doing very well indeed," he says. And though it's not a country, Calder is awfully fond of Florida's branding. "'Florida, the Sunshine State' — that says it all," he adds.