The innovations that are happening in synthetic biology will change life on Earth. But most of the decision-makers in the field are at large research institutions and corporations. In the past few years, there's been a growing movement around the world working to democratize biotech and put these high tech tools into the hands of bio-hackers, artists, hobbyists --- and now public radio reporters.

Reporter Julia Wetherelltook a three-day crash course in designing life atGenspace, the world's first community biolab in downtown Brooklyn. Her instructor wasDr. Ellen Jorgensen, who runs the lab with Steven Gordon. On the first day, the students had to transforme.colibacteria (a special non-virulent strain) with jellyfish DNA to make thee.colibiofluorescent. Wetherell was expecting instant results, but Jorgensen says, "It's not like physics or chemistry where you can mix a few things together and they blow up right away. Biology's a little more like moving a lot of little bits of clear liquid from one tube to another, and then seeing the result like, a week later." And a week later they turned off the lights --- and thee.coliwere glowing.

Mike Flanagan had gone through the crash course months earlier. Now he's trying to design gut bacteria that can develop photographs. He has a PhD in electrical engineering and he's worked for NASA. "I've written more programs on silicon system than I can care to count," he says. "What I was really attracted to was the idea of programming on carbon-based system."

There were non-scientists as well working at Genspace. Sarah Berman has been using Genspace to grow her own art supplies. She's creating a type of paint with fluorescent bacteria, and she uses them in mixed-media installations. "I mean, here I am like a scientific illustrator coming into a biology laboratory and working with like various strains of bacteria," she says. "I don't know, I think that's pretty cool." 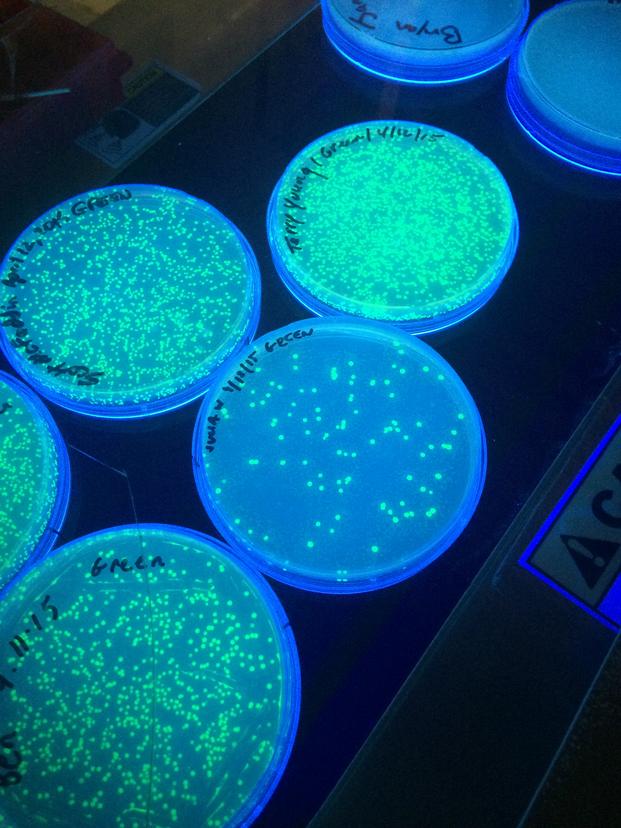 In the first class, Wetherell transformed e.coli K12 (a non-virulent strain of the bacteria) with a green fluorescent protein (GFP) plasmid, a gene extracted from biofluorescent jellyfish
(Julia Wetherell) 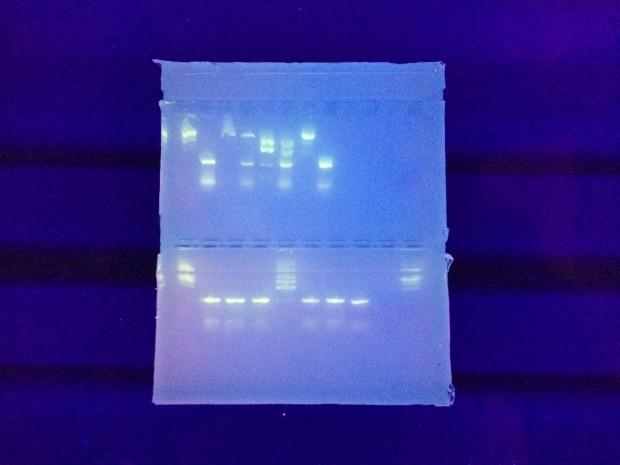 In another exercise, Wetherell experimented with her own DNA. After amplifying the DNA samples in a polymerase chain reaction machine (Slide 2), Wetherell pipetted them into an agarose gel (above)
(Julia Wetherell)