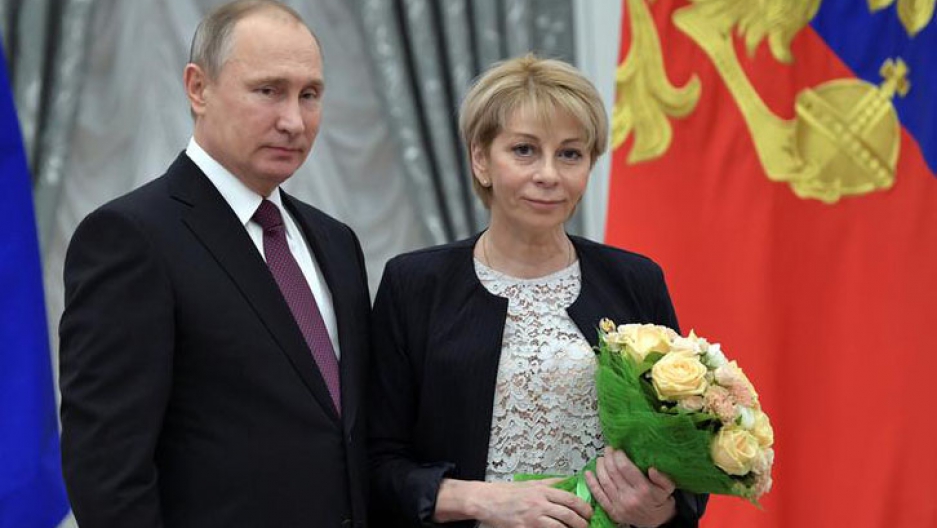 You may not have heard of Elizaveta Glinka, the Russian woman who died in a plane crash on her way to deliver badly needed humanitarian aid to Syria.

Glinka, widely known to Russians as Dr. Liza, was a 54-year-old physician, charity worker and human rights activist. The much-loved humanitarian was among the 92 victims killed when, according to the Russian Defense Ministry, a Tu-154 aircraft en route to Syria from Russia crashed right after take-off near the Black Sea resort of Sochi.

Elizaveta Glinka, Russia’s most prominent humanitarian, died in yesterday’s crash. We look at what her life meant. https://t.co/HGRHcA4Z32 pic.twitter.com/0cTpTvfKud

“She helped little babies and old people in hospices. She was helping to evacuate people from Donetsk during the war, from Donbass, and during the Syrian war she started helping children in Syria,” says Russian journalist Anna Nemtsova.

Early in her career, in the 1980s, Glinka moved with her husband to the United States, where she became interested in hospices. A system of care for the terminally ill hardly existed in the former Soviet Union. When she returned home care for her dying mother, Glinka became involved in Moscow-area hospices.

“She lived in the US for 23 years helping dying people, and she hated to see how people die in miserable conditions. So her mission was to help as many people in their last stages of life as possible," Nemtsova says. "She was helping homeless people, people dying in the streets. Russians remember her now as somebody — almost as an angel, always trying to help other people.”

Along the way, Glinka founded the Fair Help charity, "to support terminally ill cancer patients and underprivileged and homeless people by providing medical supplies, financial aid and other essential services." She concentrated her work in eastern Ukraine, where she occasionally risked her life to rescue sick and injured children from the war zone. She was asked once by a Russian interviewer about how she coped with the stress of working in war zones time and time again.

“Of course it is scary! Only patience helps one fight it, nothing more,” Glinka said. “This is always a hard trip. ... With respect to emotionality, you usually don’t think about it during a war. When there is shelling, you try to hide and the next minute you forget about it, as if everything is back to normal. Of course when there is intensive shelling, I [am forced to] stay there for a week, or a week and a half, but I can leave the next day [when it has stopped], as I usually do. But it is not about me, it depends on the children — how quickly they must be taken out."

Glinka was starting a new mission when she boarded the Russian Defense Ministry flight in Sochi. She was flying to Hmeymim air base to deliver medical supplies to a university hospital in Syria's Latakia province.

"Medecins Sans Frontieres [Doctors Without Borders] offer their sincere condolences to the relatives, the friends and the colleagues of Dr. Glinka who was a figurehead of Russian humanitarian medical action," said Stephane Prevost, MSF representative in Russia.

"She was a miracle, a divine message about virtue,” said Mikhail Fedotov, head of the Russian Human Rights Council.

“She made miracles possible,” said Boris Altshuler of the Helsinki human rights group. “She’s one of those rare people, immune to political discussions and arguments. She just goes about her business of helping people.”

For life and against war: How Russia will remember Yelizaveta Glinka https://t.co/aLatUDJmpH pic.twitter.com/yTrAwlPlXJ

Earlier in December, Glinka was recognized by Russian President Vladimir Putin for her charity work. On Dec. 8, she received the State Award of the Russian Federation for outstanding achievements in the sphere of human rights activities. In accepting the award, Glinka said, “we human rights advocates have nothing to do with politics. ... It is very hard for me to see the dead and wounded children of the Donbass, the sick and dying children of Syria."

She said her next assignment involved flying to Donetsk and then to Syria with a team of volunteers. "We are never sure that we are going to come back alive — because war is hell,” she said.

Many Russians are mourning her loss this week.