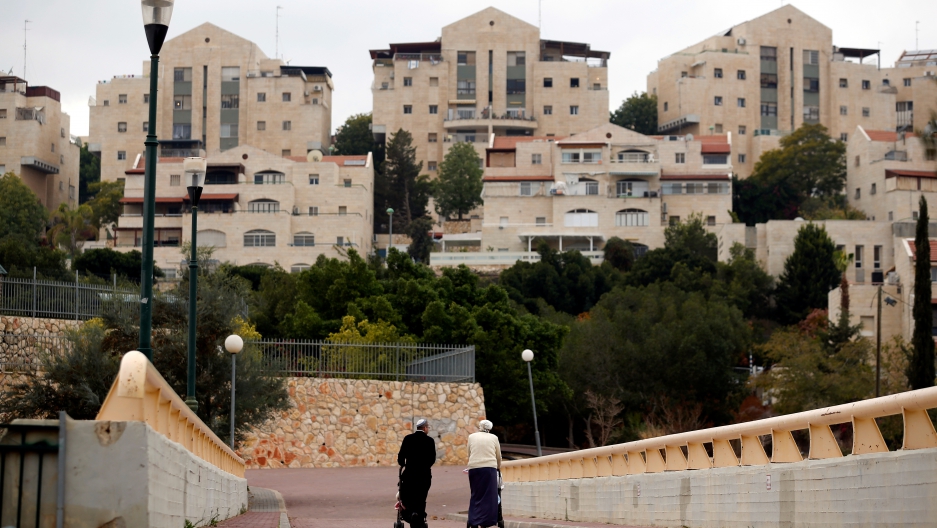 A couple walk in the Israeli settlement of Maale Edumim, in the occupied West Bank on December 24, 2016.

Israel could advance plans this week for thousands of more homes in settlements in annexed east Jerusalem in defiance of a landmark UN resolution demanding an end to such activity.

It would mark the first such approvals since Friday's UN Security Council vote demanding a halt to Israeli settlement building in Palestinian territory.

The resolution, which passed after the United States took the rare move of abstaining, infuriated Prime Minister Benjamin Netanyahu who lashed out at President Barack Obama and vowed not to abide by it.

On Wednesday, a Jerusalem planning committee is to discuss issuing building permits for 618 housing units in the mainly Palestinian eastern sector of the city, according to the Ir Amim NGO, which monitors settlement building.

Jerusalem deputy mayor Meir Turjeman, who also heads the committee, has reportedly also spoken of seeking to advance plans for some 5,600 other units at earlier stages in the process.

On Tuesday he told AFP there were no plans to call off discussions in response to the UN vote. The hundreds of building permits were on the agenda before the resolution was passed.

"We'll discuss everything that's on the table in a serious manner," he said.

And on his Facebook page Turjeman: "I'm not concerned by the UN or anything else trying to dictate our actions in Jerusalem.

"I hope the government and new US administration will give us the momentum to continue and make up for the shortage created over the eight years of the Obama administration," he said of settlement construction. 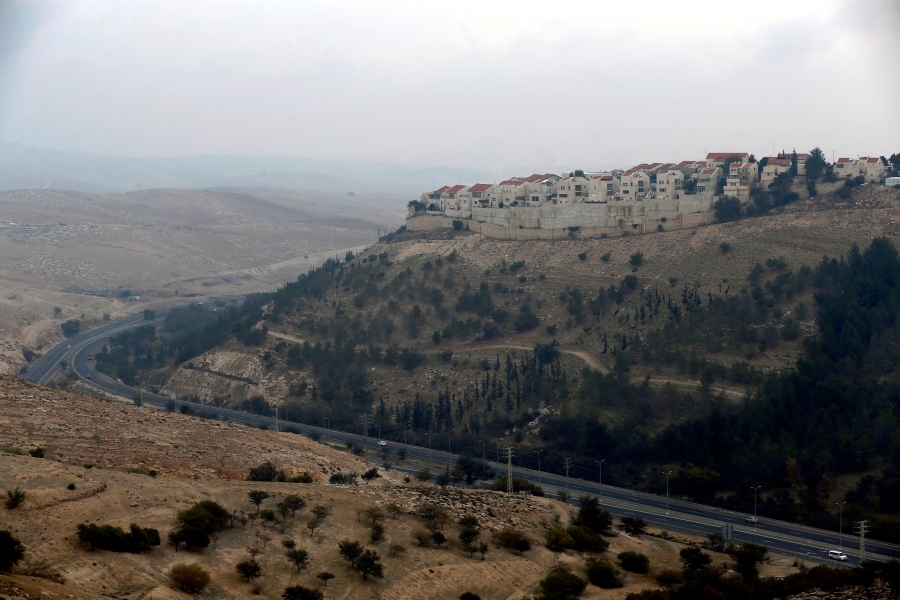 A general view shows part of the Israeli settlement of Maale Edumim, in the occupied West Bank on December 24, 2016.

Israel has already taken diplomatic steps in response to what it calls the "shameful" resolution, which passed with support from all the remaining members of the 15-strong Security Council.

On Tuesday, the foreign ministry said it was "temporarily reducing" visits and work with embassies of nations that voted for it.

On Christmas Day it summoned ambassadors of countries that voted for the resolution while Netanyahu met US ambassador Daniel Shapiro on Sunday.

Security Council members such as Russia, China, and Britain are key to Israeli diplomacy or trade and some analysts suggested the measures being taken were more symbolic than substantive.

Washington is Israel's most important ally and provides it with more than $3 billion per year in defense aid.

By declining to use its veto, the US enabled the adoption of the first UN resolution since 1979 to condemn Israel over its settlement policy.

Obama's administration has been frustrated with settlement building in east Jerusalem and the West Bank, which Israel occupied in 1967.

Settlements are built on land the Palestinians view as part of their future state and seen as illegal under international law.

Some 430,000 Israeli settlers live in the West Bank and 200,000 Israelis live in east Jerusalem, which Palestinians see as the capital of their future state. 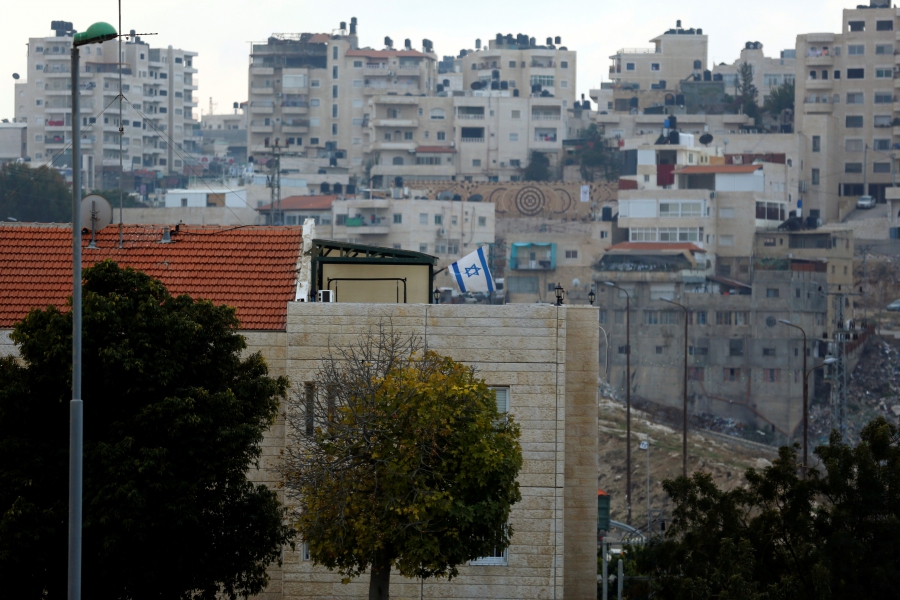 A building can be seen in the Israeli settlement of Maale Edumim, in the occupied West Bank, in the background the Palestinian village of Azariya is seen on the edge of Jerusalem on December 24, 2016.

The UN resolution demands "Israel immediately and completely cease all settlement activities in the occupied Palestinian territory, including east Jerusalem."

It says settlements have "no legal validity" and are "dangerously imperiling the viability of the two-state solution" to the Israeli-Palestinian conflict, the basis of years of negotiations.

The resolution contains no sanctions but Israeli officials are concerned it could widen the possibility of prosecution at the International Criminal Court.

They are also worried it could encourage some countries to impose sanctions against Israeli settlers and goods produced in the settlements.

Plans by France to hold an international Middle East peace conference on January 15 — opposed by Israel which has called for direct talks with the Palestinians — is another point of concern.

Officials fear the conference could be lead to further action against Israel that would then be taken to the Security Council for approval before Donald Trump takes over as US president on January 20.

Palestinian leaders support the conference, saying years of negotiations with the Israelis have not ended the occupation.

Palestinian president Mahmud Abbas on Monday said the UN resolution "paves the way for the success" of the conference.

He said he hopes it "comes out with an international mechanism and a timeline to end [the] Israeli occupation of our country".