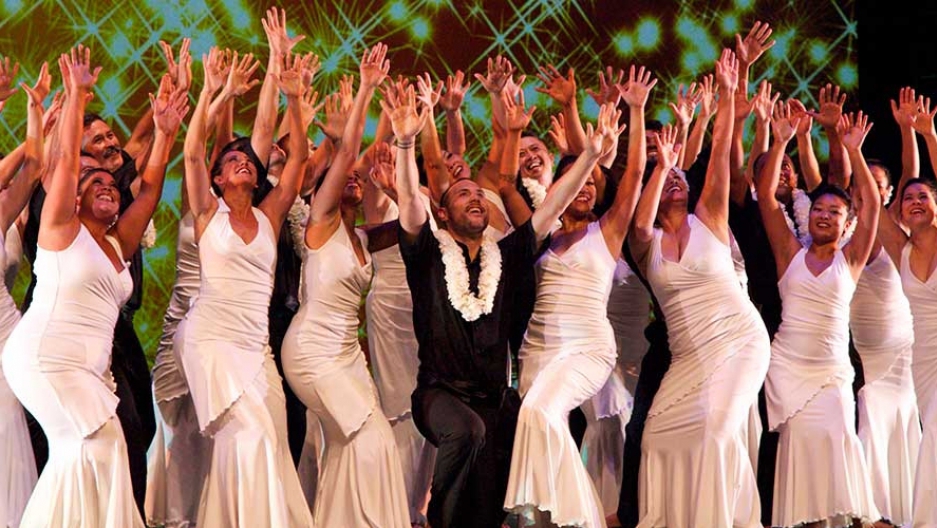 Nā Lei Hulu I Ka Wēkiu is a dance company founded by hulu master Patrick Makuakāne. He is the subject of a new book about the Hawaiian dance, and it's political and cultural power.

Many journalists have told the story of the Hawaiian renaissance and of the political uprising involved with the Hawaiian sovereignty movement. But journalist Constance Hale wanted to look forward, and hula offered her a way to do that.

Creative people in Hawaii, she says, are finding ways to do something new with a very old art.

"They're asking a different question, which isn't how do I save my culture, but rather how do I make sure my culture doesn't become fossilized? What does that mean for me to be a Hawaiian in the 21st century?" Hale said.

Patrick Makuakāne is to hula what Alvin Ailey was to ballet. Constance Hale's new book draws from his work.

Dance master Patrick Makuakāne is Hale’s source, both literally as a journalist and figuritively as a hula disciple. She calls him "kumu hulu," which means source or teacher. She compares his influence in hula to famed choreographer Alvin Ailey's influence on ballet and modern dance.

Hale derives the inspiration and much of the substance of her new book, The Natives are Restless, from Makuakāne. Makuakāne choreographs traditional Hawaiian movements to nontraditional music, like electronica or pop. And there are composers who are creating all new songs for the hula.

"Hawaiians are being emboldened to make stronger political statements, and hula is certainly a part of that movement," says Hale.

Last year, Hawaiians climbed 13,000 feet to brave the ice and snow atop Mauna Kea to dance hula in protest of a massive telescope being built. So far, they have won the battle.

"Many consider the mountain sacred land. Native Hawaiians really mobilized in ways that I haven't seen, and I've been covering Hawaiian culture and politics for the past 25 years. They marched up to the top of the volcano," says Hale. "They interrupted the groundbreaking ceremony. And in most of those incidents they broke into a chant and danced hulas."

Hula, it turns out, can be many things.

"It’s a series of movements — a movement vocabulary that is has its origins in Hawaii," says Hale, who grew up on the islands. She has been dancing hula since she was 7. Hula is related to other Polynesian dance forms, but it is distinctly Hawaiian, and that gives it a unique insight into that past, present and future of the islands.

When Christian missionaries landed in Hawaii, they deemed the ancient dance, performed by both men and women, scandalous. "One even called it a 'Devil's Nest,'" Hale explains. But they were never able to fully ban it — it’s just that connected to Hawaiian identity, she says.

“There's fabulous music and dancing in every one of the Pacific cultures,” Hale says, "but the Hawaiians lived almost for a millennia more or less isolated in Hawaii."

Hula, she says, is a dance of memory.

"Any time you have Hawaiians getting together and making music, there's probably going to be some dancing as well." Makuakāne, she says, uses that dance "to tell cultural stories epic stories, mythological stories and very explicitly political stories."