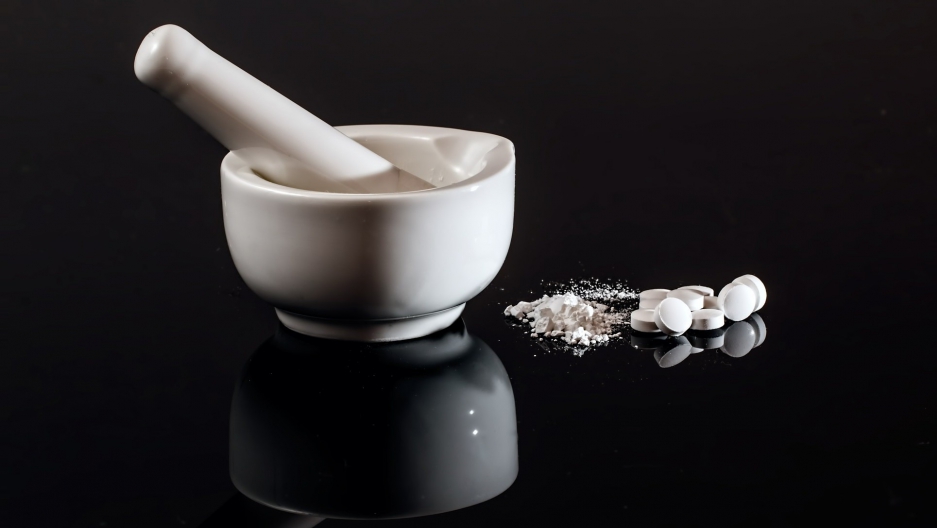 The sprawling legislation addresses the opioid epidemic, mental health research and genetic medicine. It also includes the “cancer moonshot” initiative for new cancer therapies — which Vice President Joe Biden proposed after his son Beau Biden died of cancer last year. But not everything about the law is a salve for health experts, some of whom have raised concerns about the interests it represents.

“There are more than 1,400 registered lobbyists on this bill, representing more than 400 different organizations,” says Sydney Lupkin, who wrote about the act for Kaiser Health News. She adds that the lobbying organizations are diverse — from pharmaceutical and device companies to universities, hospitals, patient groups and advocacy groups.

One of the law’s big changes is to inject more flexibility into the Food and Drug Administration’s drug- and device-approval process, in some cases allowing other types of evidence to stand in for expensive, time-consuming clinical trials. Patient advocates say the new standards could get lifesaving new treatments to patients more quickly, but critics worry that looser regulations will endanger patients with unsafe or ineffective measures.

“If there's a drug that's already been approved and you want to get an additional use approved for it, [the bill] allows something called ‘real-world evidence,’” Lupkin says, “which is anecdotal evidence, research from observational trials, insurance claims data — things that are different from the traditional phase one, two and three clinical trials, which are very expensive.”

“So this could stand to save the pharmaceutical companies and device companies money. Critics say that this also opens the door to unsafe approval.”

John LaMattina, the former head of Pfizer research and development who now writes about the pharmaceutical industry for Forbes, isn’t convinced the measure is a neat win for drug companies and device makers, either. Citing the example of solanezumab — an Alzheimer’s drug made by the company Eli Lilly, which recently failed in phase three clinical trials — LaMattina adds that the new standards may even have drawbacks for manufacturers.

"Now picture being on a drug for three years and having the long-term studies come back saying, ‘Well, never mind, doesn’t work, it’s like a placebo.’ Patients would be upset. Payers would be upset that they were paying for something that's ineffective,” he says.

Critics also say that despite its wide net, the legislation does little to alleviate the rising cost of drugs.

Before the bill passed the House vote, several groups wrote, “‘you know, this is going to be a lot of things that the pharmaceutical companies like,’” Lupkin says. “It’s going to save them money, but where are the price controls?”

But according to LaMattina, the clearest way to lower drug prices doesn’t require action on the 21st Century Cures Act. Instead, he points to the FDA's hefty backlog of drugs waiting for approval — a list which he says numbers in the hundreds, just for generics.

“There's a backlog at the FDA for generic drug approvals [that’s] at about four years right now,” LaMattina says. The solution? Filling workforce openings to clear the backlog and get more drugs on the market.

“All of those approvals will lead to competition and much, much cheaper drugs,” he reasons. “All Trump has to do is authorize the FDA to hire more people and get this backlog down a year or two, and you’d see the prices of these drugs — which should be very cheap — come way down.”

Despite the law’s controversial aspects, LaMattina and Lupkin say another of its provisions — $5 billion in annual funding for the National Institutes of Health, the nation’s biomedical research agency — will likely be a good thing. Lupkin explains that the money will fund the cancer moonshot, as well as genetics and brain research initiatives.

“That's one of the reasons that hospitals and universities seem to be lobbying in favor of this bill,” Lupkin says, “even as some of them had people — doctors on their payroll — writing in medical journals that actually, the FDA changes in this bill could open the door to these unsafe approvals.”

The downside to the new funding? Lupkin points out that the NIH’s $5 billion will need to be appropriated each year. And as LaMattina adds, the agency could always use more of it.