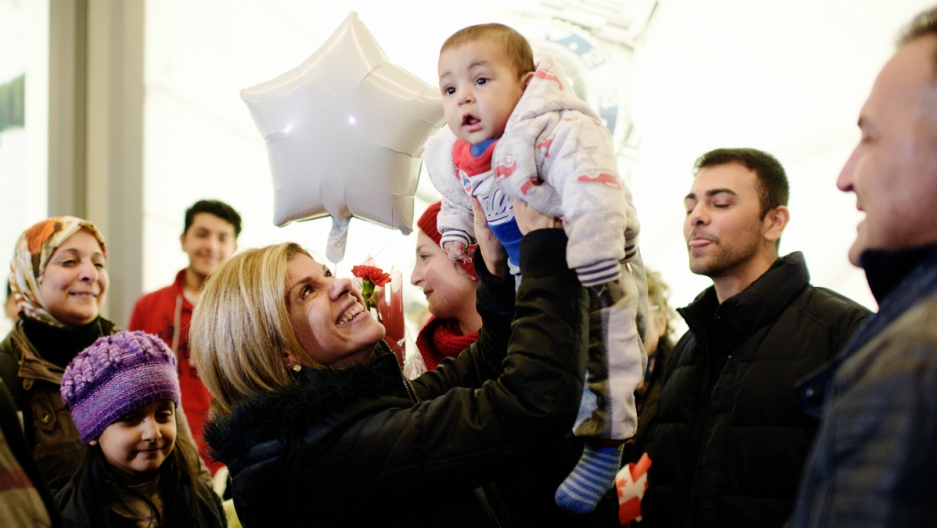 Tima Kurdi (middle), welcomes her brother Mohammed Kurdi (R), and his family at Vancouver International airport on Dec. 28, 2015. The Kurdis' brother, Abdullah, and his family tried to make the crossing from Turkey to Greece in an overcrowded boat. It capsized, and his wife and children drowned. The horrific image of 3-year-old Alan's death became an iconic symbol of the plight of Syrian refugees.

“Imagine going on Google Earth, and trying to find your old house, and not being able to find it because its been bombed to smithereens.”

Jodi Kantor, a New York Times journalist, has been reporting on Syrian refugees in Canada who are trying to come to grips with all they've lost.

She's also been reporting on how they have been building new homes and starting new lives.

Kantor is working on a multi-part series about what the first year has been like for a few Syrian refugee families that have been matched with private sponsors.

These sponsors are ordinary Canadian citizens that have committed to do everything they can to help resettle a refugee family — from providing financial support to offering practical support, like helping with groceries, doctor’s appointments and English lessons.

More than 35,000 thousand Syrian refugees have arrived in Canada since November 2015. A third of them got sponsors.

Related: Some Canadians really want to sponsor Syrian refugees. Turns out it's harder than they thought.

Kantor was there when one Syrian refugee family met their sponsor family for the first time.

“We [were] in this airport hotel in Toronto, a group of Syrian refugees, a family that has only been in Canada for something like 48 hours, they don’t speak a lick of English, they come downstairs, and they are told through a translator, ‘These are your sponsors,’ and they are like, ‘What?’ The word doesn’t even mean anything to them,” Kantor recounts. 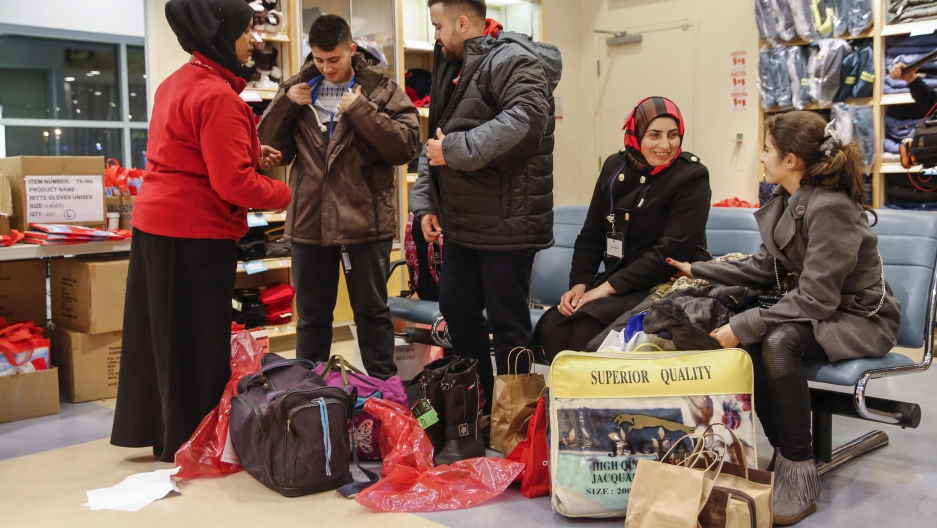 Syrian refugees receive winter clothing as they arrive at the Pearson Toronto International Airport in Mississauga, Ontario, on Dec. 18, 2015.

“I’m watching it kind of register for them,” Kantor says, “that these people they don’t know are going to adopt them for a year.”

The relationship between Syrian refugees and their sponsors can get complicated.

“The sponsors are extremely eager to help, but sometimes that eagerness can almost be a problem, because there are some boundary issues. Are these Syrian families even in a position to say no to certain things?” 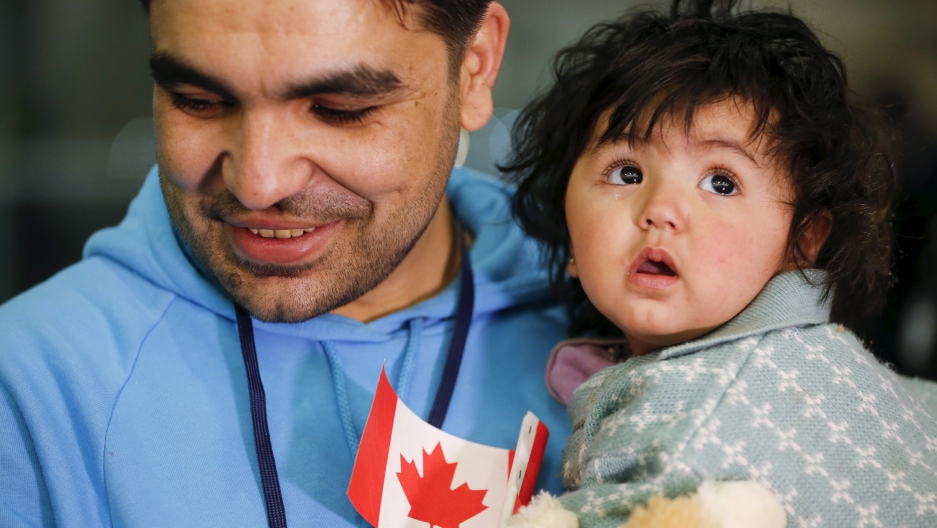 A Syrian refugee holds his daughter as they arrive at the Pearson Toronto International Airport in Mississauga, Ontario, on Dec. 18, 2015.

Parenting is one thing that refugee families and sponsor families often disagree over, Kantor says.

“They find Canadian parenting so different,” she says. “The strong cultural tradition in Syria is that your kids are really supposed to listen to you. Well, their kids have gotten to Canada, and [the Syrian parents] say that their kids are behaving like little lawyers and negotiators, kind of pushing back and questioning every decision, and the parents find it a little funny but also unnerving.”

Syrian refugees elsewhere could soon find themselves in similarly complicated relationships with host families. Delegates from several other countries, including Argentina, Australia, Brazil, New Zealand and the US, recently attended sessions to learn about how Canada's program could be replicated in their countries. 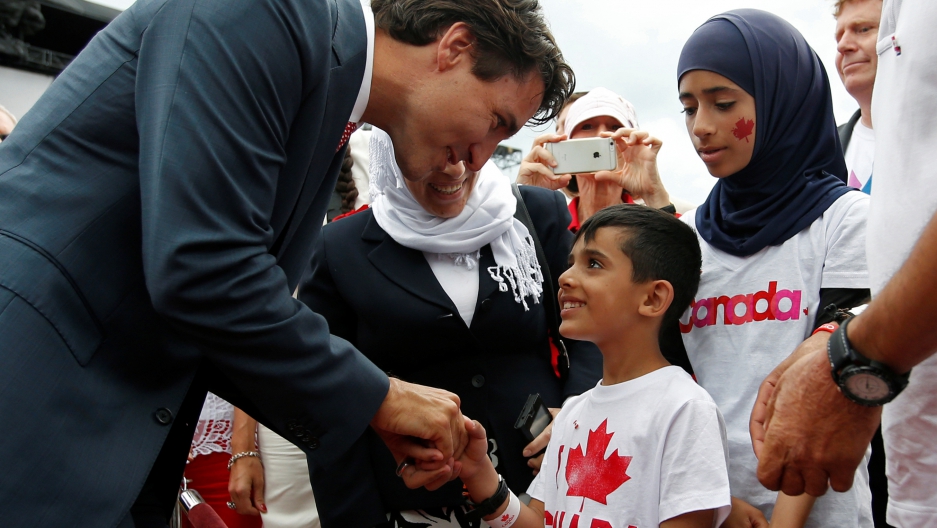