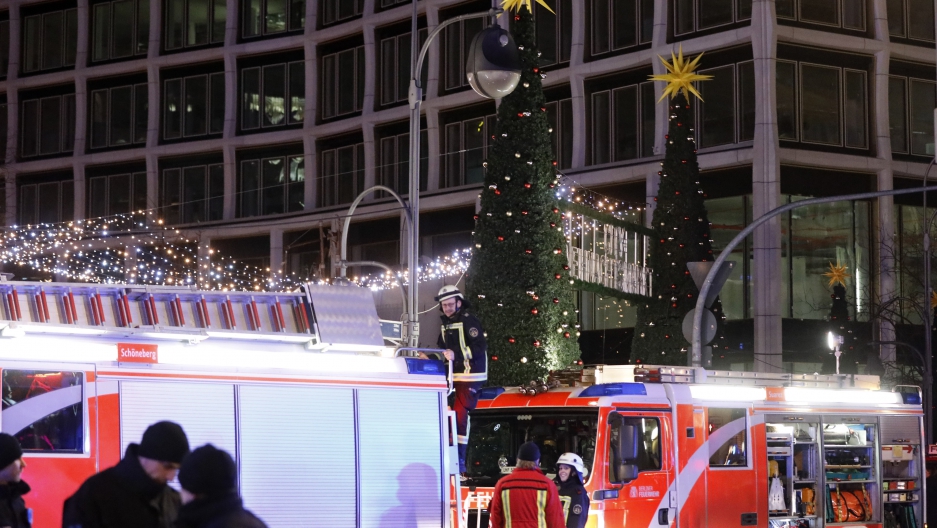 A Pakistani asylum seeker was arrested a short time afterward — but on Tuesday police cast doubt on whether he was the truck's driver, and said the "dangerous criminal" behind the attack may still be at large.

Here is what we know of the event reminiscent of the horrific scenes in July when a truck drove into a crowd in the French Riviera city of Nice.

Around 8 p.m. (1900 GMT) a truck drove for up to 87 yards into a busy Christmas market frequented by locals and tourists, smashing wooden stalls and crushing victims. Twelve people were killed and at least 48 injured.

A Pakistani asylum seeker thought to have been driving the Polish-registered truck was detained a short time later — but on Tuesday police said they were not sure he was the driver, after the man denied he was responsible.

Police said a passenger was found shot dead in the cab of the truck and later identified him as a Polish national.

The deadly event took place in the shadow of the Kaiser Wilhelm Memorial Church whose damage in a World War II bombing raid has been preserved as a reminder of the horrors of war.

Chancellor Merkel said Tuesday the attack was a "terrorist act" and voiced fears — speaking before police backtracked on the Pakistani detainee — that the rampage was committed by an asylum seeker.

The interior ministry said there was no reason to close Germany's popular Christmas markets. "We must not let our free way of life be taken from us," it said in a statement.

The federal prosecutor's office has taken over the investigation, a routine step when terrorism is suspected. 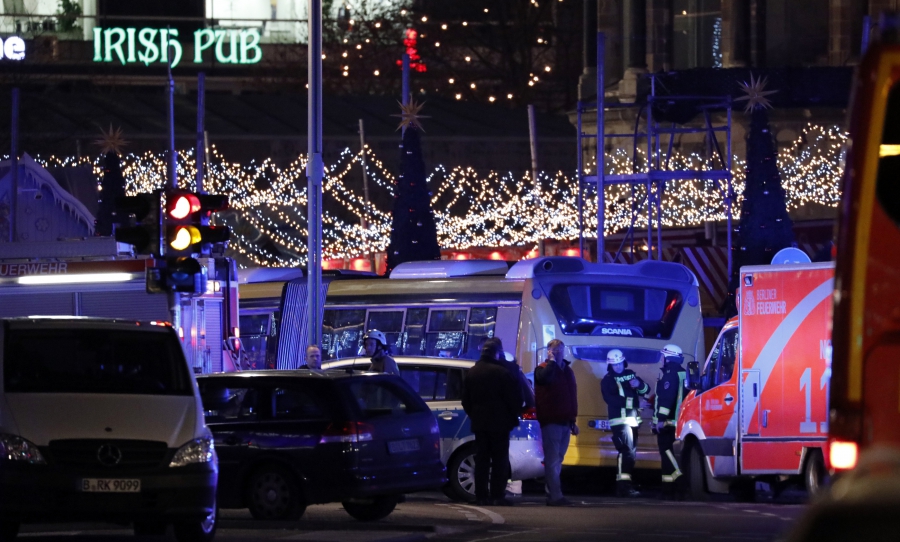 A truck is seen near the Christmas market in Berlin, Germany, on December 19, 2016.

Germany's respected Die Welt newspaper reported that a suspect was arrested with the help of a witness who followed the man after he fled the scene on foot.

The bystander saw the suspected driver jump out of the truck and trailed him for about two kilometres (1.2 miles), updating police of his location by phone. He was eventually arrested next to the city's Tiergarten park.

But on Tuesday Berlin's police chief said it was "uncertain" the detained man was involved, warning that the "dangerous criminal" behind the attack may still be at large.

"It is the case that we may have a dangerous criminal in the area and that of course makes the public nervous," said Klaus Kandt, adding: "Of course we are boosting security measures.

Police said they could not rule out the involvement of further suspects although they acknowledged the investigation was still in a preliminary phase.

The Polish owner of the truck confirmed late Monday that his driver was missing, while German officials said Tuesday that a Polish man found dead after the carnage was "shot" dead.

"One of the victims was shot," said Karl-Heinz Schroeter, interior minister of neighbouring Brandenburg state, without specifying whether this victim was the registered driver of the truck.

The company's transport manager, Lukasz Wasik, said the driver was 37 years old and had been transporting Thyssen steel products from Italy to Berlin.

Hear more of The World's reporting on this story: