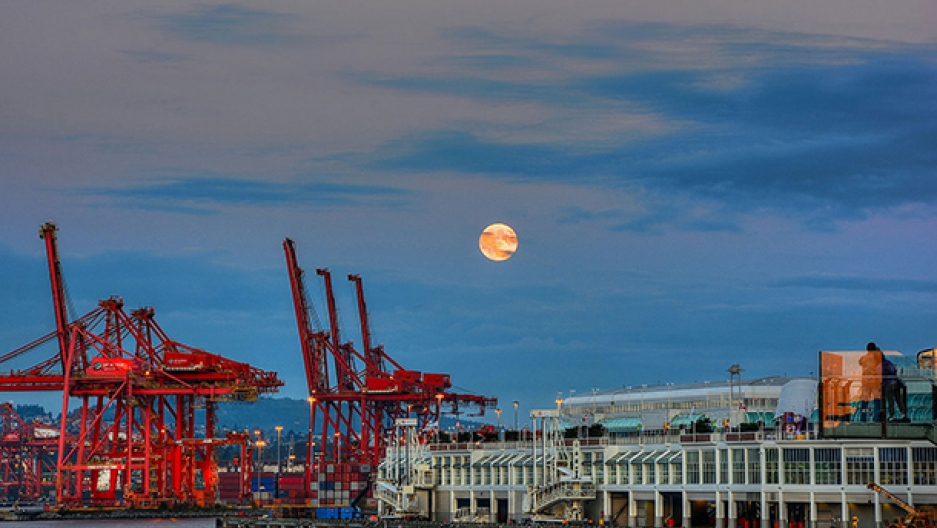 To keep promises made at the Paris climate summit, Canada is rolling out a master plan to deal with climate change — including a phaseout of coal by 2030 and a phase in of carbon pricing by 2019.

At a meeting Dec. 9 in Ottawa, all of Canada’s provinces, save Saskatchewan and Manitoba, agreed to participate in a national carbon pricing program.

In the Canadian and US systems, Heurtel points out, provinces or states have the ability to set climate policy independent of the federal government. Québec set up its cap-and-trade system with California while Canada’s national government would not even say the words "climate change," he notes. (Cap and trade puts limits on emissions, and it "creates a market for carbon allowances," according to the Environmental Defense Fund.)

“While our federal government was pulling out of Kyoto, [which] was, up until Paris, the most significant international agreement on climate, we were still able, as provinces, to move ahead with significant moves in the fight against climate change,” Heurtel says.

In addition, he explains, 165 jurisdictions representing 33 countries and six continents have signed or endorsed the Under2 Coalition, which aims to act on its own to combat climate change. The coalition represents “more than 1.08 billion people and $25.7 trillion in [gross domestic product], equivalent to more than a third of the global economy,” according to the organization’s website. It has committed to reducing emissions by 80 to 95 percent by 2050.

The Québec-California cap-and-trade system, which now includes Ottawa, is already the largest in North America. And the Canadian federal plan recognizes the system as a valid equivalent to a carbon tax. Now, other provinces have the option to join Québec and Ottawa and be part of the California system or create a carbon tax that is part of Canada’s federal system.

If a province instead decides to join the federal system, the federal government will return those revenues to that province in ways that will either help transition to a low-carbon economy or help consumers offset higher utility costs. Each province will have a certain amount of flexibility.

“In Québec, for example, the cap-and-trade revenues are entirely reinvested in Québec's green fund, which invests in programs to transition out of the fossil fuel-based economy, to invest in clean tech [and] to invest in the electrification of transportation, for example,” Heurtel says. Québec can now offer an $8,000 per person rebate for anyone wanting to buy an electric car and is using the revenue to expand a network of charging stations.

Since the program began, it has generated over $1.4 billion that has been reinvested in Québec's economy, clean tech, adaptation measures and mitigation measures in a number of different fields. Mexico has also begun to set up its own carbon-trading market, similar to the Québec-California model, and “has indicated its intention to not only collaborate with Québec, California and Ontario, but also to eventually link to the market,” Heurtel says.

“From a North American perspective, not only are you going to have over half of Canada with the same cap-and-trade system, but California, which is the world's sixth-largest economy, and now Mexico, [which has] 123 million people, wanting to join by 2018 or 2019,” Heurtel says.

Finally, China, the world's largest polluter and the world's second-largest economy, has announced that it will set up a national carbon market by 2018. “We’ve actually been working with China on their cap-and-trade system,” Heurtel says. “They've sent a delegation to Québec twice last year to learn from our system and to see how we can further collaborate.”