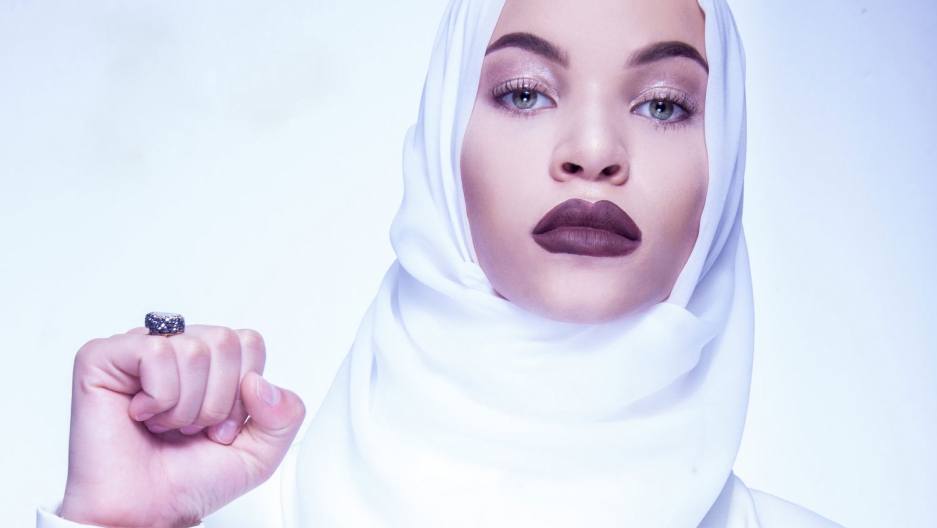 Blair Imani, a millennial, is already a prominent activist in the US.

Blair Imani was arrested at a Black Lives Matter protest in Baton Rouge, Louisiana, on July 10, 2016. The rally had been organized by three teenage women in response to the shooting death of Alton Sterling, and was meant to be a peaceful protest. It turned chaotic and violent as law enforcement clashed with the protesters.

As Imani reflected in an essay on the Huffington Post, she had never seen anything like this before in her life.

“Around 7:50 p.m., I was arrested,” she wrote. “As I was dragged into the street an officer muttered, ‘Really give it to her,’ to one of his peers. I feared for my life and I began screaming.”

This is part of a new series of young political activists finding their own power as a new president takes office. See more from our UnConvention team.
UnConvention Coverage

Only 23, Imani is already among the most prominent activists in the US. As a black Muslim woman who works full time for the Planned Parenthood Federation of America, she also runs her own nonprofit, Equality for HER, which “raises awareness for issues affecting the global femme community.” Imani also partners with other organizations to help train and educate people who are interested in getting into activism and community-based work. 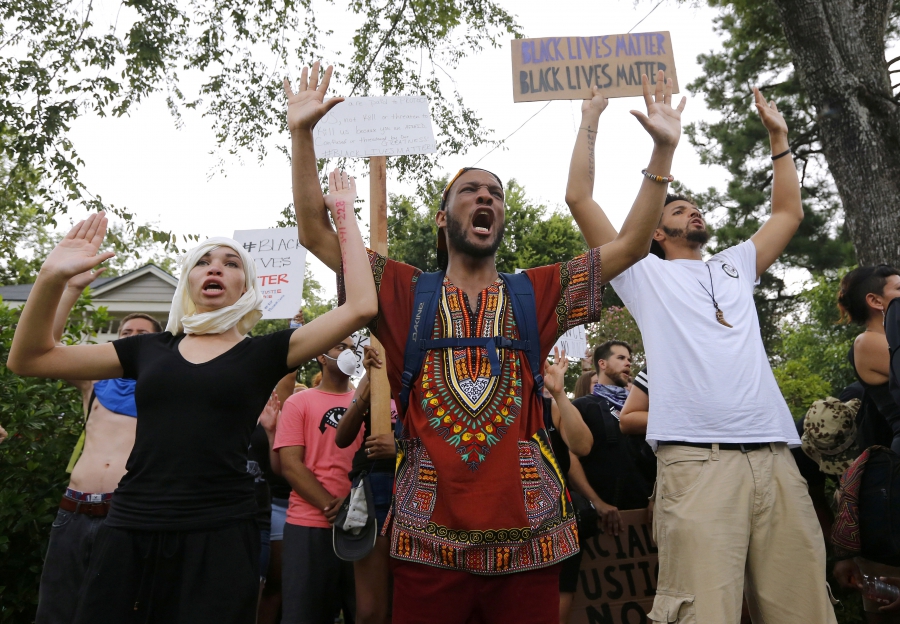 Blair Imani and fellow activists are pictured here at the July 10, 2016, protest in Baton Rouge.

“I try to give folks the tools and resources to be a part of a movement,” she said. “I'm a very strong believer in the idea that everybody has a place in the movement.”

READ MORE: A cross-generational group of US women is planning a nationwide strike against Trump

Imani’s arrest in Baton Rouge was particularly traumatizing, and for a while, she wasn’t sure she could stomach participating in that sort of activism again. However, the election of Donald Trump has renewed her focus. Plus, she’s found that people are more willing to listen to her and take the issues she cares about seriously.

“For so long, we've been doing these protests, we've been doing these movements, like Black Lives Matter, for example,” she said. “I think that because Trump has been elected, a lot of mainstream [nonactivist] folks are like, ‘Oh, let's listen to the marginalized people because they are right.’ That's been a weird validation, but it also has kind of been fuel to the fire that there are more people who are on our side now.” 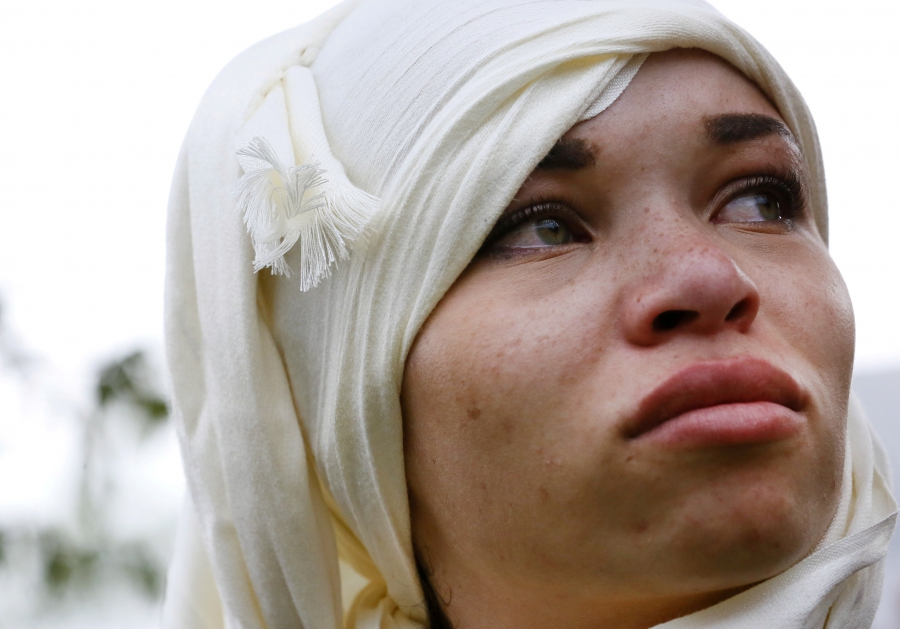 Imani’s organization, Equality for HER, was created in 2014, and focuses on a range of issues impacting people across the femme spectrum. They’ve established partnerships with organizations in Pakistan, Puerto Rico, Nigeria, the US and the UK, all aimed at securing equal rights for women. As the executive director, Imani strives to be both bold with her aspirations and nimble when it comes to where they direct resources and action.

For example, during the 2016 election season, most work at Equality for HER was put on hold so members could campaign for their respective candidates — a tactic Imani felt was necessary in order to defeat Donald Trump and his often misogynistic, racist and Islamophobic rhetoric. Now that Trump is president-elect, however, Imani is focusing on the toll Trump’s words, and potential policies, might have on people like her.

“I [recently] worked with Muslim girls to do a panel about what life is like now that Trump is president, and what we can do to support each other,” said Imani. “I was connected with a young woman who is teaching people how to do self-defense if somebody tries to snatch their hijab. I feel like it's even more personal than it was before.” 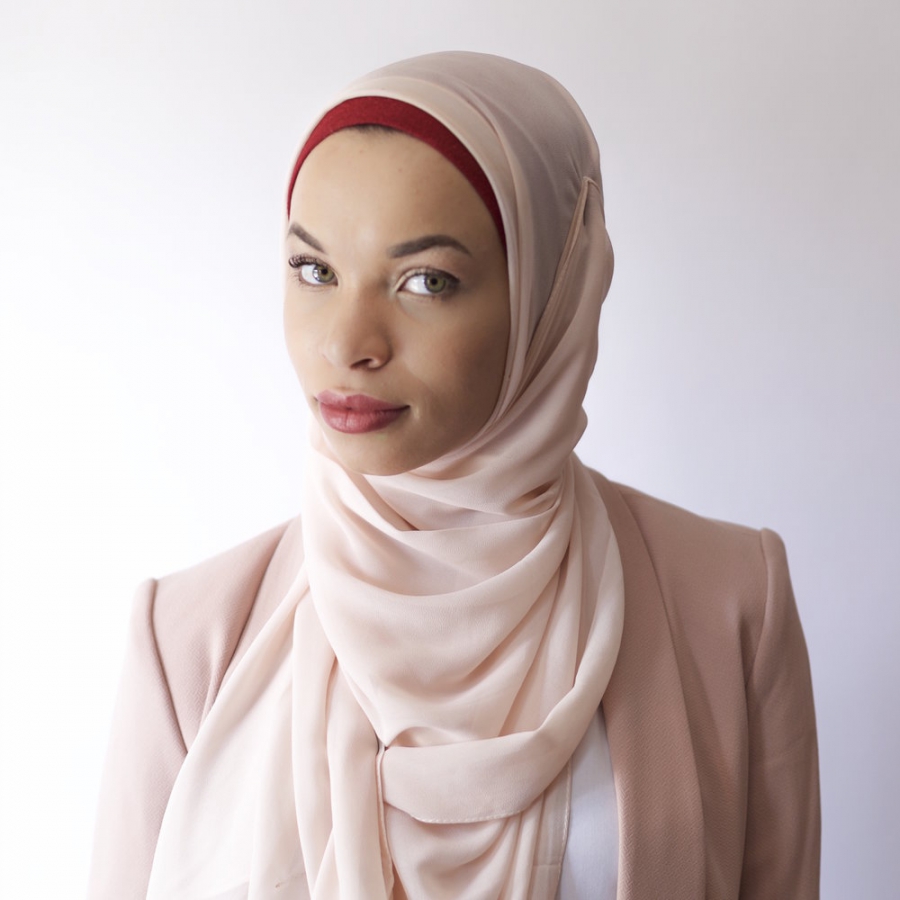 In 2014, Blair Imani started an organization, Equality for HER, which focuses on a range of issues impacting people across the femme spectrum.

This nimbleness isn’t just the mark of an activist unafraid to take risks, but also a sign of youth — something she notes is not a weakness. While many millennials are seen as politically ambivalent, Imani thinks there’s strength in being a bit naive and new to the political process.

“I just haven't experienced a lot of the ridiculousness, you know? I haven't been around that long,” she said. “I’m constantly shocked. Whenever I'm doing work, a large part of that work is going to be reacting, and I don't think that's a bad thing necessarily — me being surprised but still wanting to change things.”

READ MORE: This turbulent election has millennials seeking support from each other

Her youthfulness does, of course, have a downside — older folks don’t always take her seriously, or they think her organizing tactics are off base.

“I'll come into contact with older folks who just think we're going about it the wrong way,” she said. “But, like I said earlier, that has diminished significantly since Trump has been elected.”

As evidenced by the cross-generational protests that took place in some 20 different cities earlier this week, as well as the conversations happening online and in nonprofit offices all over the country, it does seem that, as Imani suspects, different generations are finding common ground and working together in this new political climate.

After all, as Imani notes, this isn’t the first time young people in the US have felt alienated by their leaders.

“We've all gone through the situations of feeling like our society doesn't speak to us, our government, our systems don't care about us, and I just really wish that old folks would remember that and be with us on the front lines.”