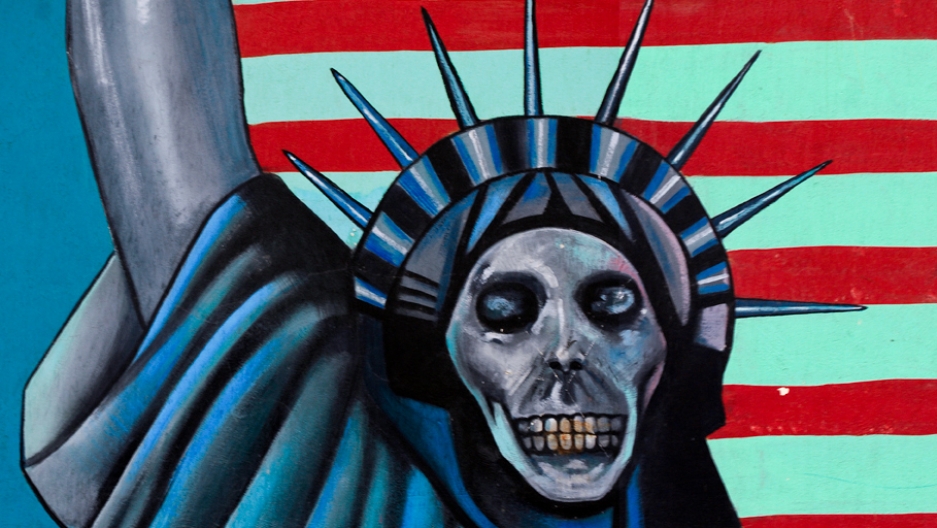 Iranians have acute memories of how the US interfered in their politics over the years.

US lawmakers and officials continue to respond to CIA reports that Russia deliberately interfered with the November election in order to get Donald Trump elected. Yet, intervening in foreign election is nothing new, particularly for the US.

For decades, American intelligence agencies have used clandestine tactics to put leaders into office who are favorable to US national interests. This practice of meddling dates back to the early days of the CIA and was seen as a necessary strategy to contain the Soviet Union during the Cold War.

It’s something Tim Weiner has explored in great detail. He’s won the Pulitzer Prize for his work on clandestine national security programs, and his books include "Enemies: A History of the FBI" and "Legacy of Ashes: The History of the CIA.” He says election meddling is not a gray area for the CIA.

“Several months after the CIA was created in 1947, it set out to steal the Italian election in 1948 to support the Christian Democrats who were pro-American, against the socialist Democrats, who were pro-Moscow, and they won,” says Weiner. “It’s just the beginning of a long, long story.”

After seeing success in Italy, the CIA took this formula — which involved using millions of dollars to run influence campaigns — and brought it to places like Guatemala, Indonesia, South Vietnam, Afghanistan and beyond.

“The president [of Afghanistan] after the American invasion post-9/11 was a paid CIA agent, Hamid Karzai,” Weiner says. “The list is very long, and it’s part of what the CIA does in political warfare.”

According to Weiner, the CIA doesn’t act independently to influence governments and electoral outcomes around the world, but it operates under the direction of US presidents.

“We set up the shah of Iran, who was our best friend for 25 years until he fell, and that created the Iranian Revolution, which we’re still living with today,” he says. “If you want to swing an election in a foreign country and you’ve got a Halliburton suitcase with a million dollars in it, it works.”

Though money has the power to influence an election, information — or misinformation — can have a huge impact as well. A number of independent researchers have connected the proliferation of fake news reports seen during the election to Russia and other Eastern European states, something that the Trump team has dismissed.

“In denying that Russia ran a successful information war campaign during our presidential election, [President-elect Trump] is alone in denying that this happened,” Weiner says. “We are in uncharted waters. We have just seen the Russian intelligence services, led by an ex-KGB colonel, Vladimir Putin, run a number on the United States using information warfare to get inside our heads and, in the opinion of the CIA, not simply disrupt American democracy, but to elect Donald J. Trump.”

According to Weiner, it’s not just the CIA that believes that Russia worked to influence the US election to help Trump.

“The entire U.S. intelligence community, the British intelligence services, and the German intelligence services all are in concurrence — it’s a rare harmony in convergence — that Moscow is trying to destabilize Western democracies, Cold War 2.0,” he says. “What could be more destabilizing to American democracy than electing the great disruptor, Donald J. Trump? These two goals are one in the same, and it’s the CIA’s judgement, its analysis that electing Trump was part of a larger plan to destabilize American democracy.”

On Tuesday, Trump officially announced that he has chosen Rex Tillerson, the chairman and CEO of ExxonMobil, as secretary of state. Tillerson has deep ties to Putin, and has made multibillion dollar deals with Russian oil companies in the Arctic.

“[Tillerson’s appointment] alone would be enough to mark Trump as the Siberian candidate,” says Weiner.

This story first aired as an interview on PRI's The Takeaway, a public radio program that invites you to be part of the conversation.