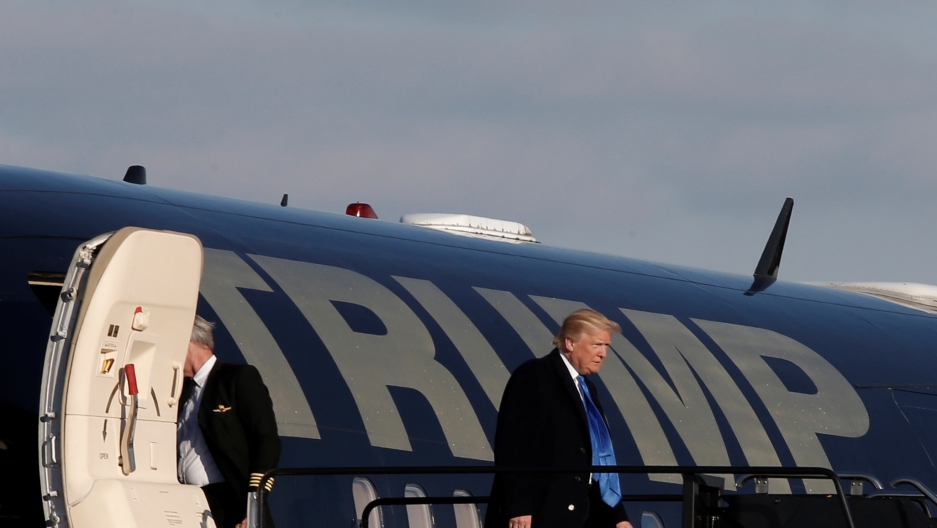 U.S. President-elect Donald Trump departs his plane as he arrives in Baltimore, Maryland, U.S. to attend the Army vs Navy college football game at M&T Bank Stadium in Baltimore on December 10, 2016.

Beijing issued its first clear warning Monday over Donald Trump's fiery rhetoric, as state media said the Asian giant could back "forces hostile to the US" if the president-elect follows through with threats to drop Washington's "one-China" policy.

It was the strongest signal yet from Chinese authorities that abandoning the policy, which guides relations with self-ruling Taiwan, would upset decades of carefully managed Sino-US relations and end cooperation between the world's top two economies.

Beijing has not controlled Taiwan for more than 60 years, but foreign ministry spokesman Geng Shuang said it considered the island a "core interest" that affected China's sovereignty and territorial integrity.

The one-China policy was the "political bedrock" for relations with the US, he added, and if it was "compromised or disrupted," sound and steady growth in China-US relations and cooperation in major fields would be "out of the question," he told reporters.

The comments came in response to Trump's remarks in an interview Sunday that he did not see why Washington must "be bound by a one-China policy unless we make a deal with China having to do with other things, including trade."

He vehemently defended taking a call earlier this month from Tsai Ing-wen, the democratically elected president of Taiwan, which Beijing regards as a rogue province awaiting unification.

Although the United States is Taiwan's main ally and arms supplier, Washington has not had official diplomatic relations with Taipei since 1979, when it switched recognition to Beijing.

Trump's decision to take the call broke with protocol and seemed to catch China's Communist Party leadership by surprise.

The official response was initially muted, and state media largely blamed Taiwan for the phone call and advocated a wait-and-see response.

But the remarks on Monday were more pointed, and a commentary in the nationalistic Global Times offered a more menacing warning to Trump, calling him "as ignorant of diplomacy as a child," in its Chinese-language version.

If the US openly supports Taiwan's independence and ramps up arms sales to the island, it threatened, China could aid "forces hostile to the US."

"In response to Trump's provocations, Beijing could offer support, even military assistance to US foes," it said.

"China would introduce a series of new Taiwan policies, and may not prioritize peaceful reunification over a military takeover." 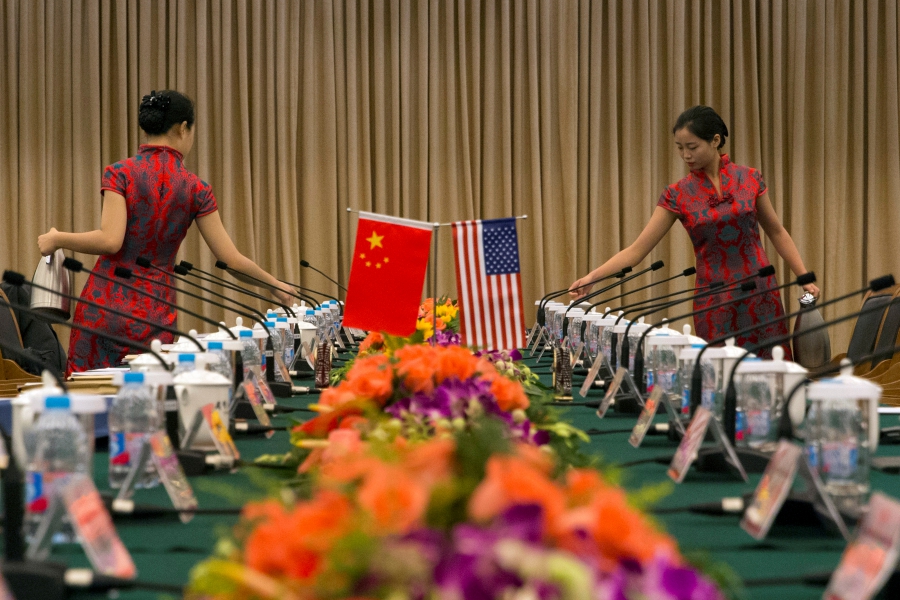 Tea hostesses prepare drinks ahead of the first China-US judicial dialogue held at the Rui'an hotel in Beijing, China on August 3, 2016.

Despite the escalation in official rhetoric, many Chinese analysts still offer a note of restraint, emphasizing Trump's background in business, not politics, and the possibility his actions in office will take a softer line.

"I think this could be his negotiating technique because he knows the Taiwan issue is an extremely sensitive issue, an issue China is very concerned about," Wu Xinbo, director of the Center for American Studies at Fudan University in Shanghai, told AFP.

Trump was playing the card in hopes of winning concessions on trade, he said, adding that China should not be "too nervous" nor should it react "too fiercely."

"We have to wait until after he takes office, then look again at his concrete actions."

Trump last week appointed Iowa Governor Terry Branstad, who is personally acquainted with Chinese President Xi Jinping, as ambassador to Beijing, which hailed the nominee as a "friend of China."

A commentary on the official Xinhua news service on Monday compared the two countries' relations to people who "want to be close friends."

The US must know "where to draw the line," it said, noting that previous presidents have set good examples and "now the ball is in President-elect Donald Trump's court."