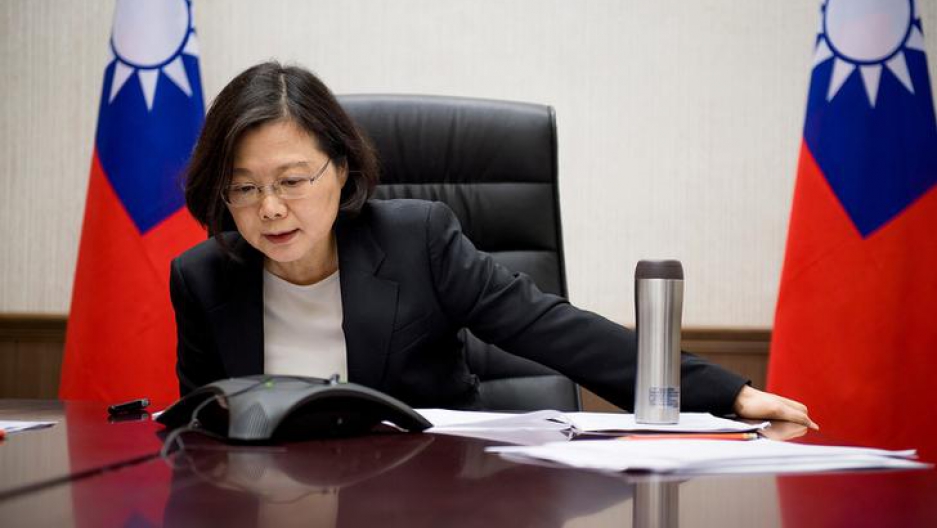 Taiwan's President Tsai Ing-wen speaks on the phone with US President-elect Donald Trump at her office in Taipei, Taiwan, in this handout photo made available on Dec. 3, 2016.
Credit:

Much to China's dismay, a mere phone call between Taiwan's President Tsai Ing-wen and US President-elect Donald Trump has suddenly put Taiwan's fragile political relationship with China in the global spotlight.

Keep in mind that Beijing considers Taiwan part of its territory, or perhaps to some degree a renegade province. And the phone call, though it lasted just a few minutes, broke decades of US diplomatic precedent based on a "one China" policy. China has responded by urging Washington to block Tsai from traveling through the United States. (There was speculation earlier this week that she might add a New York transit stop to her next travel itinerary, to pay Trump a visit.)

But does Trump's call with Taiwan mean something to Taiwanese Americans, too?

“At first, I think I took it [the phone call] not as diplomacy, but just as another gaffe from Trump,” says Brian Hu, the Taiwanese American artistic director of the Pacific Arts Movement, an arts organization that focuses on Asian American and Asian international cinema in San Diego.

Hu says many Taiwanese Americans are excited that “Trump seems to be standing up for Taiwan or at least naming Taiwan, which is a rare thing to hear in the political arena in the US. Surely, there is reason to be excited for that,” he says. “But there is also a lot of caution from Taiwanese Americans who see this move in the context of what Trump has stood for throughout the campaign, and so they don't seem quite as optimistic.”

But for those who want to see Taiwan recognized as a sovereign nation, the call is still a powerful symbol.

“For me, I definitely see Taiwan’s current sovereignty as the way to go. It’s worked for many years, and it seems to allow Taiwan to govern itself domestically. So, I think there’s a lot of concern among people who have family in Taiwan, as I do, that at least we have this [limited sovereignty] right now. So, let’s hold on to this as long as we can.”

Hu worries there could be unfortunate consequences, however, and he's not sure that Trump has thought it all out. Instead of disrupting the current China-Taiwan balance, Hu suggests the next US president might instead engage Taiwan on environmental and labor matters, aboriginal rights and gender issues. He says all of these are “hot topics that no one seems to be talking about here in the US, even though in Taiwan, right now, this is what’s live, and on the ground, and what a lot of the social movements are battling for right now."