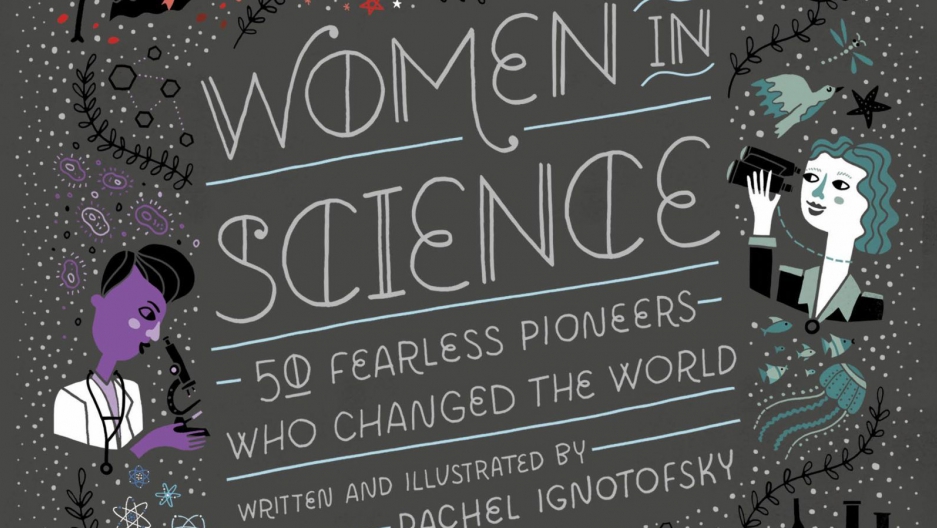 Women in Science, by Rachel Ignotofsky

Time travel, microbes, black holes, and polar bears. There’s something for everyone on this year’s list of best science books.

Maria Popova, founder of Brain Pickings, and Scientific American editor Lee Billings have combed the shelves and come up with this list of 18 books you might want to ask Santa to stick under your tree.

Cosmologist and novelist Janna Levin tells the story of the century-long vision and half-century experimental quest to hear the sound of spacetime by detecting a gravitational wave. With a novelist’s flair for unraveling the universal through the specific, she chronicles LIGO’s particular scientific triumph in order to tell a larger story of the human spirit, its tenacious ingenuity in the face of myriad obstacles, and the somewhat mysterious, somewhat irrational animating force that compels scientists to devote their entire lives to exploits bedeviled by uncertainty, frequent failure, and meager public appreciation. What emerges is pure signal from cover to cover.

Read more on Brain Pickings, listen to Janna Levin on SciFri, and read an excerpt. 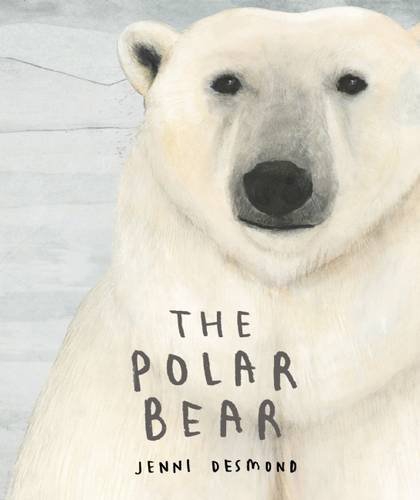 The Polar Bear, by Jenni Desmond

The story follows a little girl who, in a delightful meta-touch, pulls this very book off the bookshelf and begins learning about the strange and wonderful world of the polar bear, its life, and the fascinating science behind it. At a time when we can no longer count on politicians to protect the planet and educate the next generations about preserving it, the task falls solely on parents and educators. Desmond’s wonderful project alleviates that task by offering a warm, empathic invitation to care about, which is the gateway to caring for, one of the creatures most vulnerable to our changing climate and most needful of our protection.

From science historian and writer extraordinaire James Gleick comes a grand thought experiment, using physics and philosophy as the active agents, and literature as the catalyst. Gleick explores how time travel fantasies originated, what technological and cultural developments fomented this distinctly modern impulse of the collective imagination, and how it illuminates our greatest anxieties. What emerges is an inquiry into why we think about time, why its directionality troubles us so, and what asking these questions at all reveals about the deepest mysteries of human consciousness.

The Confidence Game, by Maria Konnikova

“Try not to get overly attached to a hypothesis just because it’s yours,” Carl Sagan urged in his excellent Baloney Detection Kit—and yet our tendency is to do just that, becoming increasingly attached to what we’ve come to believe because the belief has sprung from our own glorious, brilliant, fool-proof minds. Through a tapestry of riveting real-life con artist profiles interwoven with decades of psychology experiments, Konnikova demonstrates that a con artist simply takes advantage of this hubris by finding the beliefs in which we are most confident—those we’re least likely to question—and enlisting them in advancing his or her agenda.

Read more on Brain Pickings, and listen to Konnikova on SciFri. 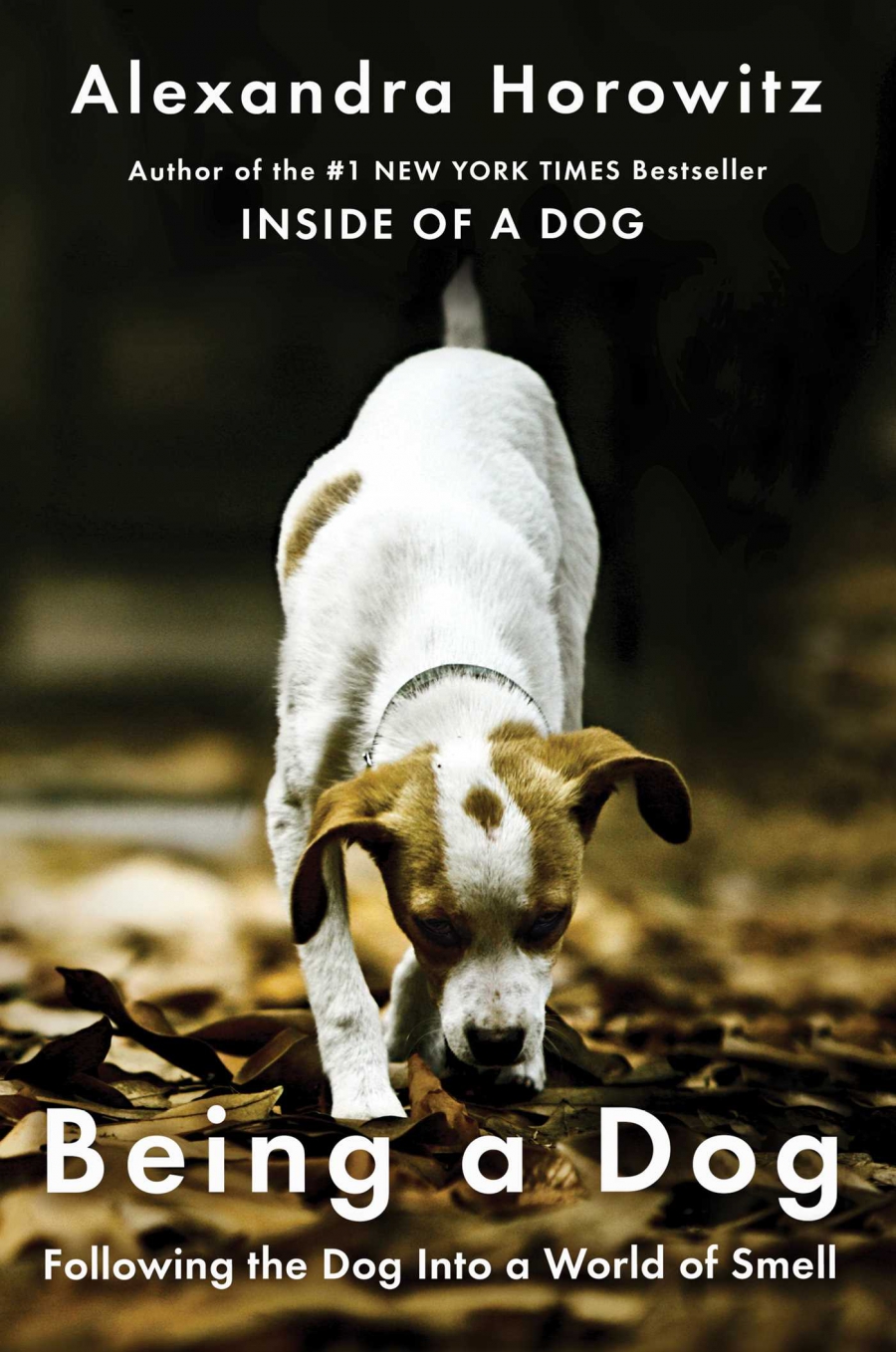 Being a Dog, by Alexandra Horowitz

Dogs, who “see” the world through smell, can teach us a great deal about that springlike sensorial aliveness which E.E. Cummings termed “smelloftheworld.” So argues cognitive scientist and writer Alexandra Horowitz, director of the Dog Cognition Lab at Barnard College, in this fascinating tour of what Horowitz calls the “surprising and sometimes alarming feats of olfactory perception” that dogs perform daily. She explores what they can teach us about swinging open the doors of our own perception by relearning some of our long-lost olfactory skills that grant us access to hidden layers of reality.

Women in Science, by Rachel Ignotofsky

An illustrated homage to some of the most influential and inspiring women in STEM… Woven throughout the micro-biographies are visual factoids, like a timeline of notable events in the history of women in science, statistics about the alarming gender gap in STEM fields, and a visual taxonomy of lab tools.

The Glass Universe by Dava Sobel

Sobel tells the story of the pioneering women astronomers, known as “computers,” who worked at the Harvard Observatory at the end of the 19th and beginning of the 20th century–women who made trailblazing discoveries 40 years before they were allowed to vote and contributed, among other things, the classification system of stellar spectra, which astronomers continue to use today, and the calculations that became the basis for Hubble’s discovery that the universe is expanding. 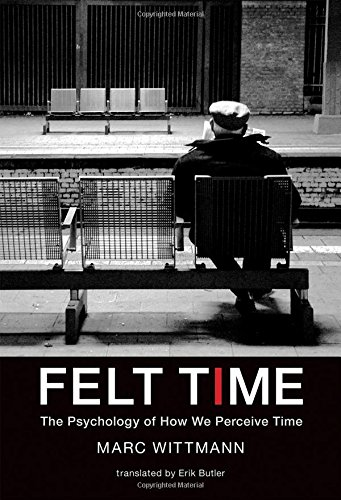 In this fascinating inquiry into how our subjective experience of time’s passage shapes everything from our emotional memory to our sense of self, German psychologist Marc Wittman bridges disciplines as wide-ranging as neuroscience and philosophy to examine questions of consciousness, identity, happiness, boredom, money, and aging, exposing the centrality of time in each of them. What emerges is the disorienting sense that time isn’t something that happens to us—rather, we are time.

I Contain Multitudes, by Ed Yong

This is a book so fascinating and elegantly written as to be worthy of its Whitman reference. Yong peels the veneer of the visible to reveal the astonishing complexity of life thriving beneath and within the crude confines of our perception, touching on everything from mental health to free will.

Read more on Brain Pickings, listen to Ed Yong on SciFri, and read an excerpt.

The Hidden Life of Trees, by Peter Wohlleben

Trees might be among our lushest metaphors and sensemaking frameworks for knowledge precisely because the richness of what they say is more than metaphorical—they speak a sophisticated silent language, communicating complex information via smell, taste, and electrical impulses. This fascinating secret world of signals is what German forester Peter Wohlleben explores in The Hidden Life of Trees.

The Unnatural World, by David Biello 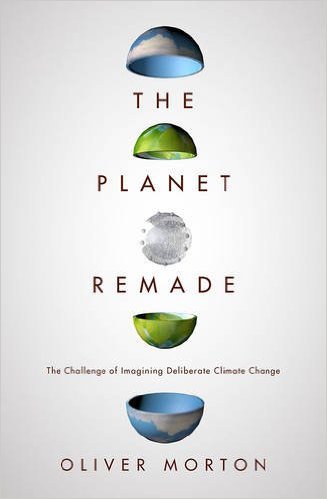 The Planet Remade, by Oliver Morton

Only the first two here are 2016 releases; Morton’s book came out last year. I think they form a trilogy of sorts, albeit one from different authors, each different than the other in style, content, and outlook for the future. But all three are, I think, essential reading on the Anthropocene, the proposed geological epoch in which humankind has become a dominant force driving global change.

Listen to David Biello on SciFri, and read an excerpt.

A gorgeous coffee-table book of photographs taken by NASA astronaut Don Pettit during his time on the International Space Station. A tinkerer at heart, Pettit built a device called a “barn door tracker” from spare parts on the space station that allowed him to compensate for the station’s orbital motion to capture beautiful and unique long-exposure photographs of the planet below.

The Big Picture, by Sean Carroll

These two physics books are both about…well, everything. Space and time. Matter and energy. How humans—or rather physicists, to put a finer point on it—make sense of the universe using their particle accelerators, observatories, and equations. But despite their topical similarities, these two volumes are very different in approach. Carroll’s book is big and meaty, Rovelli’s is slim and spare. I’d recommend both—Rovelli’s as an introduction, and Carroll’s as a plunge into the deepest, gnarliest problems at the frontiers of discovery. 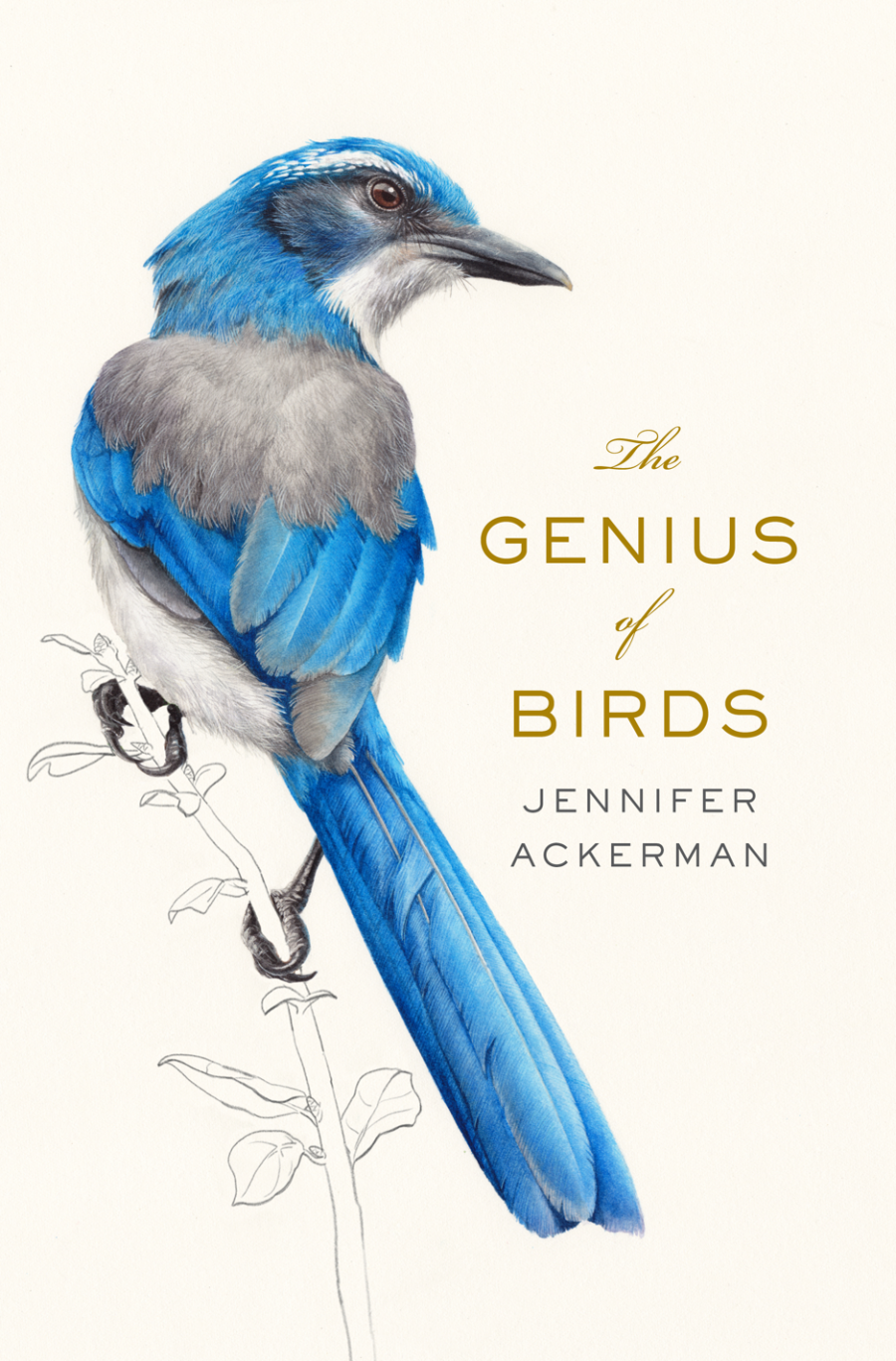 The Genius of Birds, by Jennifer Ackerman

Surfing on a rising tide of research demonstrating that “bird-brained” should perhaps be more of a compliment than a slur, Ackerman has penned a nice travelogue built around her “quest to understand the different sorts of genius that have made birds so successful—and how they came about.” Any birdwatcher will enjoy this book.

The Age of Em, by Robin Hanson

This is the first book from one of my favorite futurists, the George Mason University economist Robin Hanson, and just like him, it is thought-provoking, puzzling, vexing, and challenging. Its premise is something seemingly straight out of science fiction, which is that in the not-too-distant future we may succeed in creating virtualized human brains—”ems,” Hanson calls them. What separates this book from many other wild-eyed speculations is Hanson’s encyclopedic willingness to follow the seed of an idea to its fullest fruit, to examine and present of the broad spectrum of possible consequences ems would have for the world. Maybe it all will prove to be a fairy tale, but it’s still profoundly fascinating.