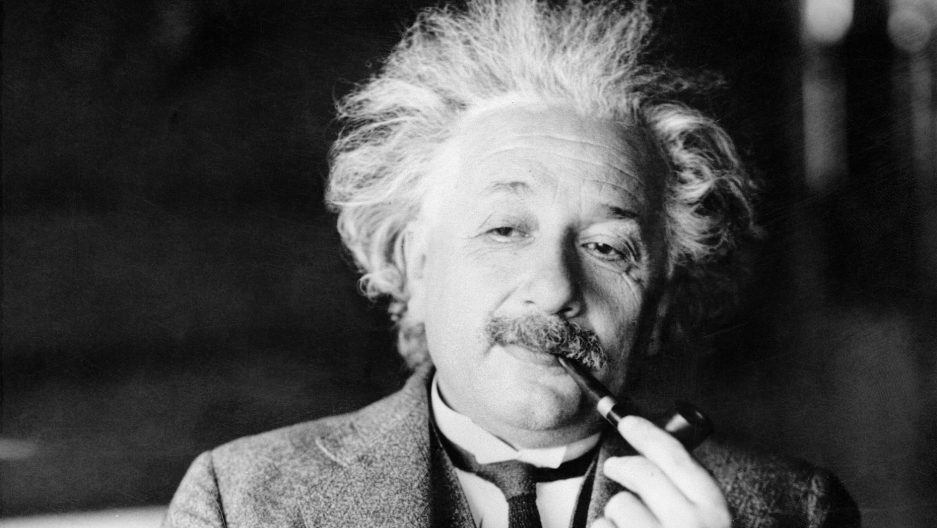 When he was growing up in Germany in the 1880s and 90s, nobody had pegged Einstein as a genius. "Einstein was slow in learning to speak as a child," says biographer Walter Isaacson,author of "Einstein: His Life and Universe." "So slow that his parents thought he was a bit backwards and they consulted a doctor."

He dropped out of high school and had to apply twice to a university in Switzerland that accepted students without high school diplomas. He did well at college, but didn't apply himself and struggled to complete assignments and pass tests.

Einstein expected to breeze into graduate school, but he couldn't get in anywhere, and couldn't find a job teaching.

He ended up working at the patent office in Bern, Switzerland. Einstein worked six days a week. But he knew, if he wanted to be a physicist, he had to do research and get published.

He didn't have access to a lab, but he did have all these patent applications coming across his desk. And lots of the applications he was seeing had to do with getting the trains to run on time. And that got him thinking.

"We had railroads, we had telegraphs, we had standard times zones and we were traveling, so suddenly it all matters," says Isaacson. "Einstein was looking at patent applications for synchronizing clocks."

Einstein was looking at these patent applications and wondering: is it really true, as Isaac Newton had said, that time is the same for everyone, everywhere?

That idea became known as "special relativity." And it rocked the foundations of physics. Since Newton back in the 1600s, everyone took it for granted that time and space were absolute --- that they were the same for everyone, everywhere in the universe. Einstein said no, just the opposite. Time and space are relative, depending on where you are and where you're going.

"Einstein was the right person to make that mental leap," says Isaacson. "He had not been somebody who accepted traditional teachings. He was a bit of a rebel."

Special relativity was just one of the breakthrough papers he wrote in 1905, at age 26. It was Einstein's annus mirabilis, his "miracle year." But something kept nagging at him. Another thought experiment that special relativity couldn't help him solve.

"And he realized that there's really no experiment you could do that would distinguish for that person in the elevator whether he or she was in a gravitational field or in an elevator that was accelerating."

Einstein was pushing against another one of Isaac Newton's basic principles, the force of gravity. What he's discovered changed the course of physics, again.

"General relativity tells us that space can curve in the presence of matter," says Krauss. The curvature of space is what we experience as gravity."

100 years after Einstein's discovery, relativity is still shaping the way we live.

"GPS wouldn't work if not for general relativity," Krauss says. "Because the clocks on those satellites that are determining your position are ticking at a different rate. And if we didn't take into account general relativity, in a day it would be two kilometers off."

(The voice of Einstein was played by Colin Kennedy)