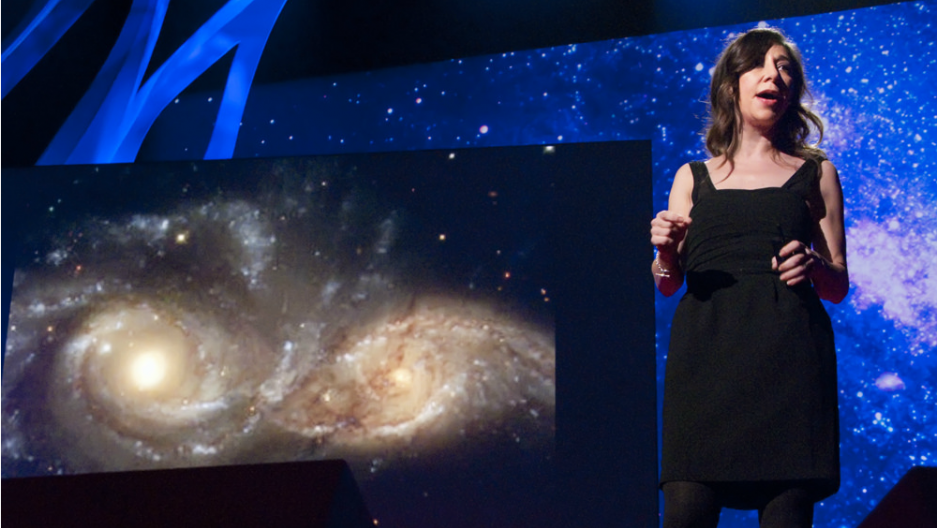 Einstein published his theory of general relativity in 1916. Exactly 100years later, a group of scientists using giant contraptions that cost a billion dollars confirmed the existence one of his most outlandish predictions: gravitational waves.

Kurt Andersen: Gravitational waves are what?

Janna Levin: Gravitational waves are oscillations or ripples in the shape of space-time. Einstein writes that mass and energy will warp space and time.

The bowling ball on the trampoline.

Earlier this year, scientists announced that they heard gravitational waves.

Even they were surprised. It was an arduous, 50-year campaign.

When we hear the sound from the observatory, what are we hearing?

I get why that's an important discovery, but what's in it for us?

We don't always have the language for what's in it for us. But on that day, when they announced the discovery, the whole world stopped. I was interviewed for Al Jazeera TV, from Qatar, and we're talking for a second about being under the same sky. And there is just something tremendous about the human desire to know about our place in the universe. It should be something that's absolutely unifying.