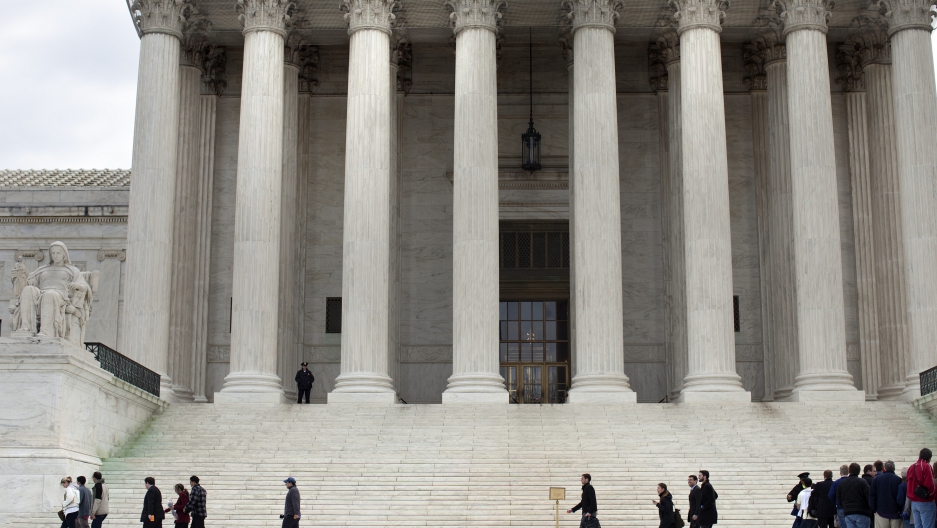 The US Supreme Court heard oral arguments in two cases focused on redistricting this week. They both concern whether certain districts were purposefully drawn to group together African-American voters into majority-minority districts, something that could lessen their overall representation in state legislatures and Congress.

In McCrory v. Harris, the court will determine whether to uphold a North Carolina court's decision, which ruled that two Congressional districts were intentionally, and unlawfully, packed with minorities. And in Bethune-Hill v. Virginia State Board of Elections, justices will decide whether Republican representatives in Virginia gerrymandered a dozen districts for the same purpose. In the Virginia case, the lower court ruled those districts to be legal.

“It’s been very hard for the court to come up with clear, straightforward rules that aren’t themselves incredibly politically or incredibly uncertain,” he says. “It’s the job of the states to do [redistricting] right, but it’s very tempting for politicians to do it in ways that favor themselves.”

A handful of states have fought against political gerrymandering by setting up special commissions or bodies to draw district lines, Briffault says, but things could get worse if the court does not come up with “tight, manageable, clear-cut rules.”

“[Things could] maybe get more abusive as the technology gets better and as politicians are able to, practically down to individual buildings, figure out how different people are going to vote and move them around,” he says. “We’re not quite there yet, but we’re pretty far along.

According to Briffault, the Supreme Court has already ruled that districts must be drawn essentially equal in size, and they can’t be drawn intentionally to dilute minority representation or group minority communities together in a non-contiguous manner.

“The claim in the Virginia case is that the legislature did this in a very mechanical way — they said, ‘The districts that are going to be black majority have to be at a certain percentage, 55 percent, and we’re going to make them all fit that,’ even though a few of the districts in the past were able elect minority representatives with a smaller share of the black vote,” says Briffault. “So the plaintiffs are charging that this is a kind of unconstitutional packing — that they’re putting an unnecessary number of black voters into these districts, with the result of taking them out of the neighboring district, and that has a partisan consequence too.”

In North Carolina, there are two districts at issue, Briffault says.

“One was a black majority district, and they made it much more so,” he says. “It was clear that one of the reasons behind that was to make the surrounding districts, which had been Democratic districts, Republican districts. And it succeeded.”