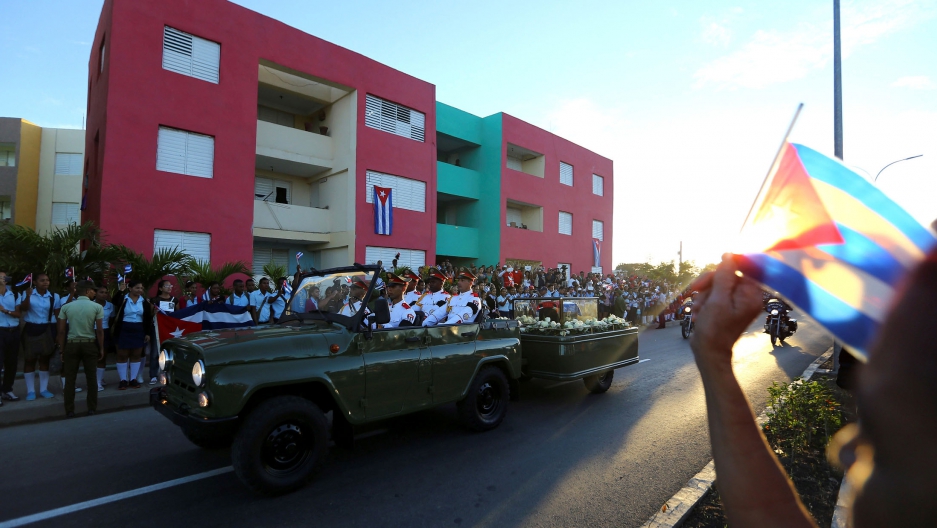 Capping a week of tributes and mass rallies, Fidel Castro was laid to rest near the mausoleum of 19th century independence icon Jose Marti and comrades of his rebellion in the eastern city of Santiago de Cuba.

A small group of guests attended the ceremony, which was closed to the public, after a jeep pulled the cedar urn into the Santa Ifigenia cemetery as people lined the streets, chanting "viva Fidel!"

"There were no speeches. It was very simple. There were just the ashes that were interred, the family, the government and officials," French Environment Minister Segolene Royal told AFP after the hour-long funeral.

On Saturday night, his brother and successor, President Raul Castro led a massive, final rally in his brother's honor at Santiago's Revolution Plaza, leading the crowd in a pledge to uphold socialist ideals.

"In front of Fidel's remains ... we swear to defend the fatherland and socialism," Raul Castro said.

"He demonstrated that, yes we could, yes we can, yes we will overcome any obstacle, threat, turbulence in our firm resolve to build socialism in Cuba," he said. 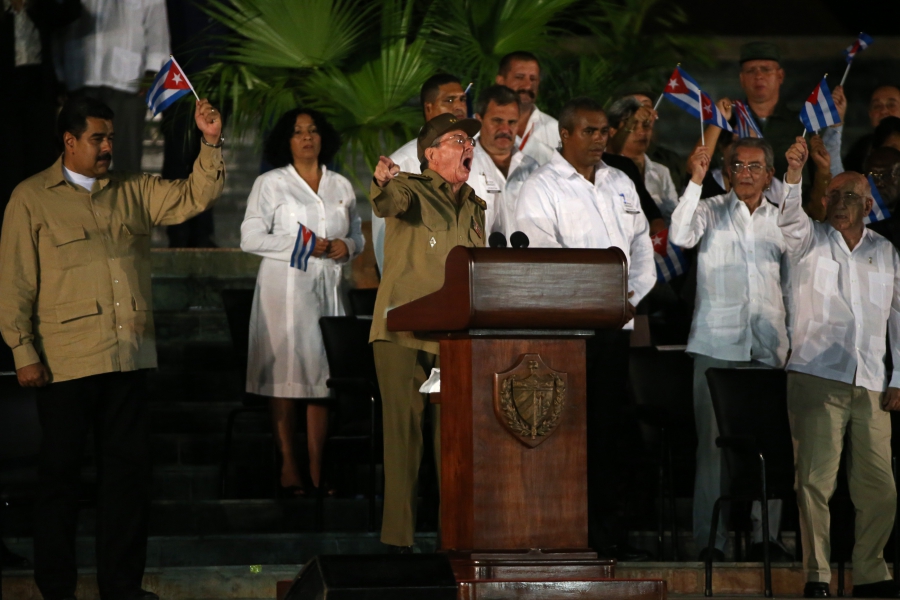 While Castro was sidelined by emergency intestinal surgery a decade ago, he remained a towering figure in Cuba.

He was revered by supporters for the free health care and education he spread across the island and vilified by dissidents who saw him as a brutal dictator.

Although he was an omnipresent figure in the lives of Cubans, Castro's dying wish was that no statues be erected in his memory and no streets or building be named after him.

The national assembly, which meets later this month, will pass a law to follow Castro's order, his brother said.

"The leader of the revolution rejected any manifestation of a cult of personality," Raul Castro said.

His burial ends a nine-day period of mourning during which Cubans, often encouraged by the government, flooded the streets to pay tribute to Castro, chanting "I am Fidel!" as his ashes were taken across the Caribbean country.

"For me Fidel is a second god and his death has hurt me a lot," said 59-year-old restaurant worker Daisy Vera Ramirez.

Marina Brito Carmenati, a 66-year-old retiree who lives near the cemetery, woke up before dawn to bid farewell.

In the past week, Cubans were urged to go to schools and other public buildings to sign an oath of loyalty to his revolution.

The botched attack on the Moncad barracks on July 26, 1953, planted the seed of a revolution that triumphed in 1959.

After taking power, Fidel Castro became a Soviet ally and was a constant thorn in the side of successive US presidents until illness forced him to hand power to Raul in 2006.

Since succeeding his brother, Raul Castro has implemented modest economic reforms in recent years, restored diplomatic relations with the United States and vowed to step down in 2018.

"No longer under the shadow of his older brother, Raul may now feel freer to pursue the modest economic reforms he initiated in the last decade," said Jorge Duany, director of the Cuban Research Institute at Florida International University.

While US President Barack Obama has chipped away at the US embargo's trade and travel restrictions, foreign companies still face obstacles to invest in Cuba.

Food supplies are tight and public services are being cut back while socialist ally Venezuela, which has been providing cheap oil to Cuba, is in the middle of a political and economic crisis, said Ted Piccone, a senior fellow at the Washington-based Brookings Institution think tank.

Castro needs to pick up the pace of reforms to kickstart the economy and ensure a smooth transition to his successor in 2018, he said.

"The legitimacy of the post-Raul government will depend on a much better economic performance," said Piccone, a senior foreign policy adviser during Bill Clinton's presidency.

And while Castro has died, his legacy is not going to vanish overnight.

"Given his outsized impact on Cuba and the region, it's not really goodbye," Piccone said. "His memory will cast a shadow over Cuba for a long time."