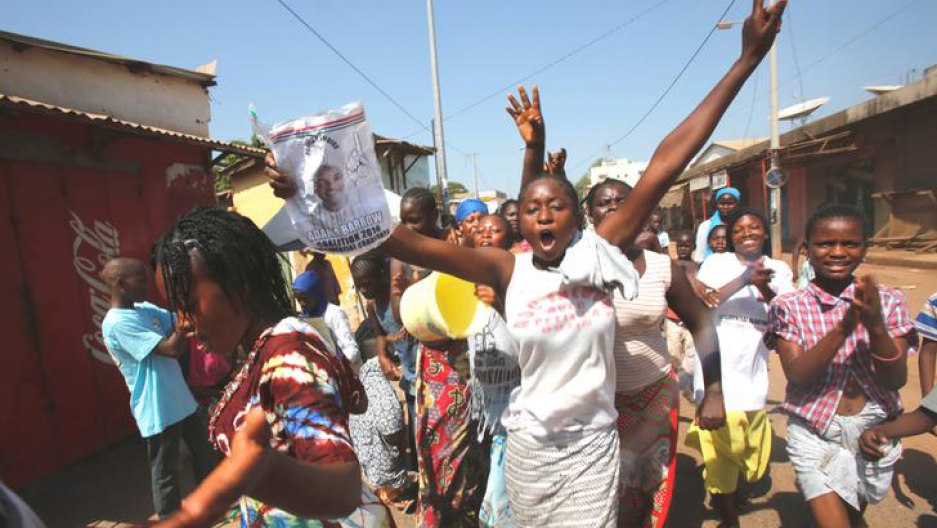 There’s been another upset at the polls. In terms of size and population, The Gambia doesn't come close to the United States. But like in the States, few thought there was any chance of an upset in presidential elections that were held Thursday across The Gambia.

So much for experts, again.

“I hereby declare Adama Barrow duly elected president of the Republic of Gambia for the next five years,'' Alieu Momarr Njai, the head of the election commission, announced Friday.

Opposition candidate Barrow won with 45 percent of the vote, while incumbent President Yahya Jammeh, who’s been in office for 22 years, finished second with 36 percent.

Gambians voted late into the night by placing marbles into drums marked for each presidential candidate. Many stayed up all night to hear results announced on the radio. The surprising victory sent thousands into the streets to celebrate as confused government soldiers looked on.

"#Gambia has turned into a prison...We're going to give people their freedom. That is more important than anything." https://t.co/RIXQ3bbwUY

The West African nation is now set for a rare handover of power.

“It’s still a tense situation. We're not yet out of the woods. People are in the streets celebrating,” says Jeffrey Smith, a human rights activist and executive director for Vanguard Africa, a Washington-based nonprofit that worked with The Gambia's opposition coalition.

But President Jammeh has reportedly conceded the election and has agreed to meet his successor.

“Before the elections, Yahya Jammeh actually banned — made a statement saying he would not tolerate — public demonstrations in the aftermath of the election, but he did not ban victory celebrations, and that is certainly what is happening in The Gambia right now.” 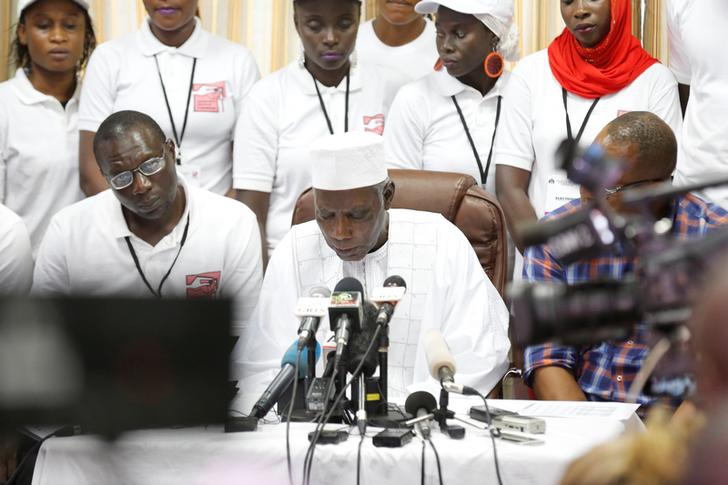 Smith says he’s very optimistic that The Gambia is now on a democratic path. He attributes the opposition’s victory to several factors. First, he says, there was an unprecedented groundswell of support for the candidate. “For the first time in the country’s history, the opposition, its many different leaders and political parties, actually came together and united behind one single candidate, which was monumental, unprecedented and hugely empowering."

A second political factor was a kind of defiance that set in. “Typically, in The Gambia, the heavy-handedness and repression enforced and exhibited by the government has stifled dissent and criticism and political activity in the past," Smith says. Instead, “this time around it actually energized people and got them out into the streets advocating for democratic reforms of the country.”

The opposition victory is a stunning turnaround and could bring to a close what has been seen as a brutal and repressive regime. Jammeh’s government was seen as a “black eye” in the region, says Smith.

The government under President Jammeh has been linked to forced disappearances, torture and massive, widespread human rights violations. Smith points out that three opposition supporters, including a prominent leader of one of the main opposition parties, were arrested during the run-up to the election and allegedly tortured to death while in state custody. Several human rights groups have accused The Gambia’s president of ordering the deaths of his political opponents, as well as imposing hateful policies toward gays and lesbians. “Gambia is really the most repressive dictatorship that most people have never heard of,” says Smith.

Now, the country has chosen a different path. Smith says Gambians literally put their lives on the line to go out and vote. The opposition faced myriad obstacles and a highly entrenched dictatorship.

Smith says he plans to join his Gambian friends to celebrate the upset victory when the inauguration happens. “It’s a day we’ve all been looking forward to for so long.”

That joy was echoed by Omar Amadou Jallow in The Gambia. “We are happy to be free,'' he said. "We are able to free the Gambian people from the clutches of dictatorship, and we are now going to make sure Gambia becomes a bastion of peace and coalition."

#Gambia The sweetest victory ever. Gambia has voted out a brutal dictator peacefully. Proud of all Gambians who voted.