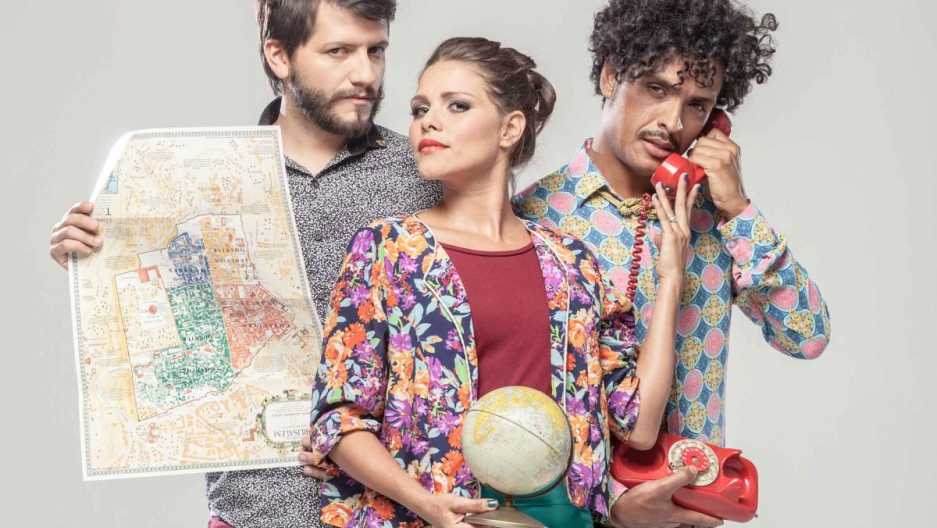 Puerto Candelaria hail from the Colombian city of Medellin

"Gabriel Garcia Marquez is our inspiration."

That's what Juancho Valencia of the Colombian band Puerto Candelaria says. And when you hear their music, I gotta say, their sound does appear to leap off the pages of Gabo's writing.

I met Juancho a couple months ago at a World Music Expo in Spain. Valencia told me, "Puerto Candelaria is the sound of Macondo," the imaginary town in "One Hundred Years of Solitude."

He says the band's is a "crazy sound." And he admits their music can come across as innocent, even naïve. But Puerto Candelaria is very much connected to the real world. They're from a city once dubbed the most violent place on Earth: Medellin, Colombia.

So in their music, they've been able to pull off their own kind of "magical realism."

There's the magic of creating carefree and fun music. And the reality of living in a place where violence is common.

But Juancho Valencia doesn't see the band's music as escapism.