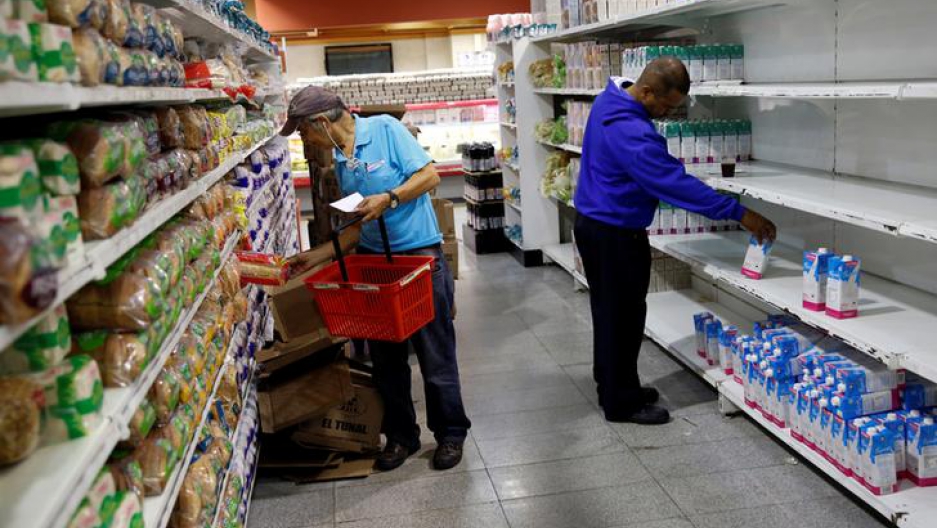 People look for groceries and goods at a supermarket in Caracas, Venezuela, on Nov. 11, 2016.

Venezuela's economy is, to put it mildly, struggling. OK, it's a mess.

The socialist government led by President Nicolás Maduro has had to contend with the collapse of oil prices, corruption and high inflation. For ordinary Venezuelans, that means their currency, the bolivar, has become mostly worthless — mostly, but not entirely. And right now, any value the bolivar does have depends largely on one guy who works at a Home Depot in Hoover, Alabama.

His name is Gustavo Díaz, and his website, DolarToday, has become a handy financial tool for Venezuelans trying to navigate the underground economy — so handy, in fact, that it affects the price of just about everything in Venezuela.

In Venezuela, the government officially sets the currency rate and it’s illegal to publish exchange rates for black-market dollars. But Díaz’s website does just that, basing the rate on actual street prices that Venezuelan consumers are paying for food, medicine, cars and everything else.

It's all about information.

“We founded this company DolarToday in 2010," Díaz explains, "as a form of protest against the dictatorship because the dictatorship was intimidating and controlling the media on all the information.”

That information shapes millions of dollars of daily currency transactions, and guides Venezuelans who buy and sell black market dollars to the tune of $15 million dollars every day.

“You can go to the website and find a calculator," he says. "You put in the amount of money you want to exchange in bolivars to dollars, you put in the quantity, and the calculator gives you that because we have the algorithms to do that.”

In addition to the online currency calculator, the website features financial news stories that you can't find in Venezuela's state controlled media.

Díaz says the website shows that the Venezuelan economy is in a shambles. He says reports that food and medicine are getting scarce are true: “People are starving. People are eating food from the trash ... sometimes eating dog food.”

Make no mistake. Díaz has long been a player in Venezuela's political opposition. When he was a Venezuelan army officer he says he took part in an unsuccessful coup against the government of Hugo Chávez.

More: What it's like being a political prisoner in Venezuela under Maduro

That marked him as an enemy of the government and Díaz says, it put his life in jeopardy.

“They put a bomb underneath my car. My car exploded. They harassed my son, he was 9 years old. So I had to escape.”

In 2005, Díaz fled Venezuela and was granted political asylum in the US.

But one thing hasn't changed. He still strongly opposes what he calls Maduro's "totalitarian regime."

“The thing about DolarToday is that we’ve found out that from cyberspace we can do more harm to the regime, as a dictatorship, as a totalitarianism, than we can do from within Venezuela … so to fight the regime, because I couldn't be there, we tried to find a way to inform the people what's going on in Venezuela, because everything is controlled.” 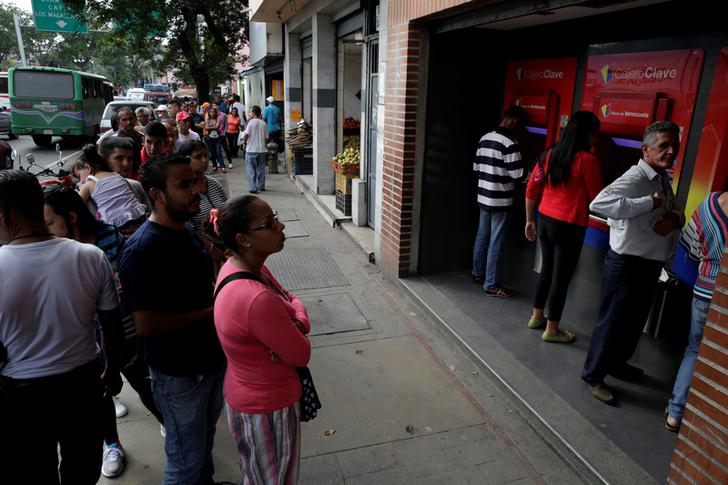 People line up to withdraw cash from an automated teller machine outside a Banco de Venezuela branch in Caracas, Venezuela, on Nov. 25, 2016.
Credit:

The Venezuelan government has reportedly tried to take down Díaz's website. But so far Díaz says he's fended off hackers, and stayed true to his mission.

“The interest in the website is to provide information to the people that they need, to keep fighting for their liberties and democracy and freedom of speech against a regime that harasses people and kills people. That's our interest, to pursue the liberty of Venezuela.”

"With DolarToday in Alabama, I do more damage to the government than I did as a military man in Venezuela" https://t.co/3mt0JWDRsa

Venezuelan authorities have accused Díaz of leading an "economic war" against the government and have threatened to jail him.

“Well I don't care because I'm a US citizen right now," Díaz says. "We have freedom of speech in the US."

In the meantime, he also has his other job in a hardware aisle at Home Depot. There, he fields questions about screws and bolts while DolarToday helps set prices for those same products back in Venezuela.

“At Home Depot I serve the people and like to do that because it's a way also to liberate all the stress about what's going on in Venezuela,” says Díaz.

But during his lunch breaks, Díaz says he routinely checks for bolivar rate fluctuations and news headlines to add to the website.

Venezuela's currency is so devalued it no longer fits in ordinary wallets https://t.co/3LTAvBn0m5 The Washington Post