Yulia Privedennaya (left), 42, sits next to her younger sister Alla Levchenko in the Moscow suburb of Vidnoe. Levchenko, 31, fled shelling in her hometown of Makiivka, Ukraine, last year and reunited with her sister.

From the sunny kitchen of a wooden house in the Moscow suburbs, Alla Levchenko recalled the shelling that rained down around her home in eastern Ukraine as a tempest, a storm of violence that killed families with children.

Levchenko, 31, fled to Russia from the rebel stronghold of Donetsk last year. Her family is ethnically Russian, but Levchenko was born in Ukraine back when both countries were part of the Soviet Union. Levchenko is the only person in her immediate family who doesn’t have Russian citizenship.

Moscow was a natural sanctuary for Levchenko. Her older sister, Yulia Privedennaya, 42, has lived in Moscow on and off for two decades and urged her to come.

“We would talk to each other on Skype,” Privedennaya says, “and you could hear the sounds of guns in the distance. So we made plans for them to leave because it was clear this wasn’t going to end anytime soon.”

Since the conflict in Ukraine erupted in 2014, more than 1 million Ukrainian refugees have fled to Russia. But authorities stopped accepting asylum applications in the most popular destinations — Moscow and St. Petersburg — where many Ukrainians have family members with Russian citizenship.

Hundreds of thousands of Ukrainians now live in Russia on temporary permits that don’t allow them work. Levchenko makes a living by working, off the books, at a small store outside Moscow.

“I didn’t think life in Russia would be easy,” Levchenko said, “but I had no idea that it would be this tough.”

President Vladimir Putin has often said Russian speakers from Ukraine, like Levchenko, would be welcome in the country. Russia initially offered great assistance to Ukrainians fleeing the conflict in 2014, setting up hundreds of what were called “temporary accommodation centers” where staff received asylum claims and relocated some as far away as Siberia. But the government quickly shut down most of these centers. By last year, just over 300,000 Ukrainians had received temporary asylum, and only 273 were granted refugee status.

A report published by Civic Assistance Committee, a Moscow nonprofit that aids refugees and migrants, said many of those who received refugee status were former public prosecutors in Ukraine or members of the Berkut special police forces.

The Russian Interior Ministry sent a brief response to repeated interview requests for this story saying that the government is supporting Ukrainian refugees, but refused to address any specific questions. 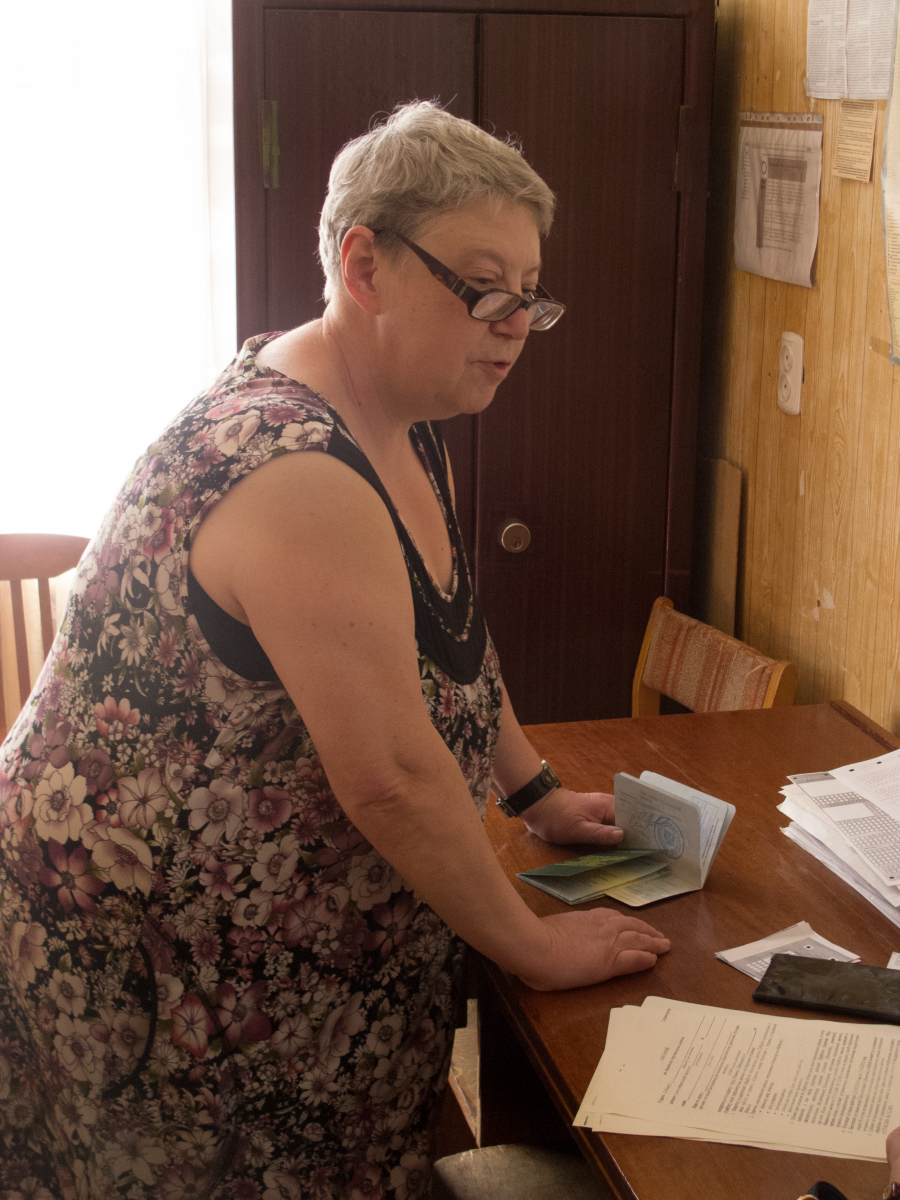 Tatiana Kotlyar, a member of the regional legislature outside Moscow, has helped over 1,000 Ukrainians obtain registration documents. Registering foreigners in homes where they don’t physically live is illegal in Russia.

Marina Leksina, a social worker at Civic Assistance Committee, believes that the government’s promises to resettle refugees have a deeper motive.

“The initial welcoming of refugees played a propagandistic role that served to downplay Russia’s military involvement in Ukraine,” Leksina says. The Kremlin has denied accusations of military meddling there.

Many Ukrainians can’t even begin the asylum application process in Russia. Applicants first need to find a Russian citizen to help them get a registration document that proves where they live, similar to a US driver’s license.

But several hundred thousand Ukrainians haven’t found anyone in Russia to do that.

“The absurdity of Russian law is that foreigners cannot register themselves,” says Tatiana Kotlyar, a member of the regional legislature who lives in the city of Obninsk, southwest of Moscow. “Refugees need food and a place to live, not a registration.”

To help those fleeing war, Kotlyar, by her count, has registered more than 1,000 Ukrainians in her apartment. Kotlyar advertises on fliers posted around Obninsk and says she accepts no fees for what she considers charitable work. Without her, Kotlyar says many Ukrainians would have to buy expensive documents from corrupt officials.

Related: Ukrainians worry that Trump will ignore them

In 2014, Kotlyar was hit with criminal charges because registering foreigners in homes where they do not physically live is illegal. The charges were dropped in 2015, but investigators opened another case against her this year.

Because she works illegally herself, Alla Levchenko, the younger sister who fled Ukraine, also worries about getting in trouble with the law.

“Our country doesn’t even have to support refugees financially,” Privedennaya said. “Russia just needs to give them the opportunity to legally be here.”

Continued fighting in eastern Ukraine has dashed hopes that asylum-seekers from Donetsk might return home soon. For now, most ethnic Russians who fled Ukraine will have to survive by working illegally in Russia.

Funding for this story was provided by the Overseas Press Club Foundation.