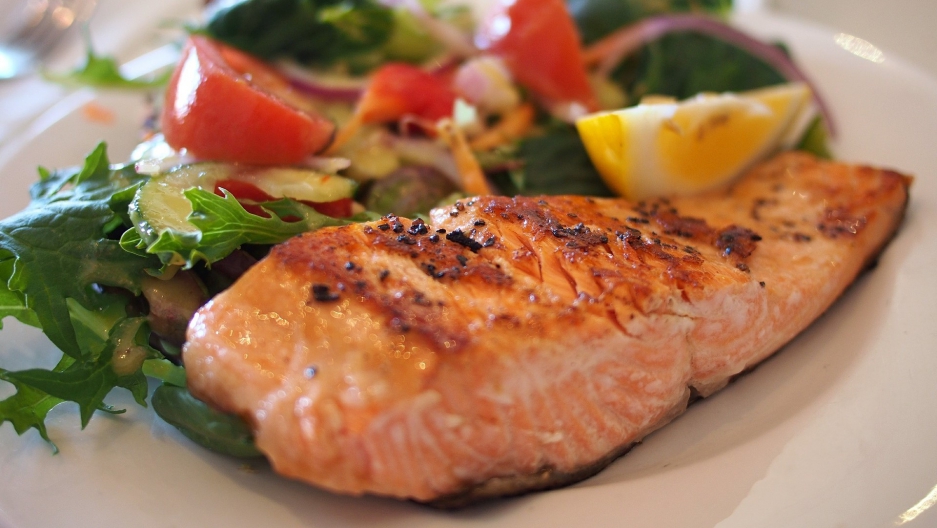 Try describing this salmon without using the word “moist."

The word “moist” has had a hard run.

It’s been lambasted by late-night TV hosts, spurred scientific investigations into its distastefulness and topped lists of the most reviled words in American, British and Australian English. But still, moist lingers on, much maligned — and needed, for that matter. Would you really buy a box cake mix that promised a “super not-dry” cake?

“For a culture that claims to hate this word so much, we've done a really singularly poor job of coming up with any alternative,” says Sadie Stein, a writer and contributing editor at the Paris Review.

As an editor, Stein is a delighted observer of words that don’t have real equivalents in our language.

“When you have to think about words and synonyms all day long, you develop certain appreciations for words that don't have an alternative,” she says. “And it's the only thing that describes what it does. ‘This banana bread is deliciously moist.’ ‘This grotto is moist and mossy.’”

Stein thinks the word’s longevity has to do with its insinuation of texture. She notes that if you try to work around moist using a thesaurus, you won’t find anything else that gets the consistency quite right.

“Chewy?” She mulls it over. “Completely different. 'Dense?' You wouldn't say ‘wet,’ that would be horrible, that would be 'undercooked.'”

But therein lies the problem. Moist may be a useful word, but that doesn’t mean people have to like using it. Recent research from Oberlin College estimates that as much as 20 percent of American English speakers are moist-averse. Stein discovered the haters for herself when she began cooking. She searched the internet for recipes that captured exactly the quality she wanted, like “moist banana bread,” “moist and chewy brownie” and “moist turkey breast.” But the animosity she stumbled upon online, around moist, surprised her.

“As often as I found things that matched my description, I would find various screeds insulting the word or people talking about how repulsive they found moist, and how the word made them shudder, and how it literally made the hairs on their arms stand up on end,” Stein says.

That said, she gets the anti-moist hype — to a degree.

“I do think maybe it has to do with our kind of prudery,” she says. “I mean, anything that can be interpreted in a sexual way, people start giggling like they’re on a prank call.”

But Stein, who says she has “always been taught to stand up for underdogs,” feels a certain protectiveness for moist — and is willing to confront its bullies. Once, at a concert, she heard a couple talking and laughing about how much they hated the word.

“And everyone joined in and started kind of picking on it, ganging up on it,” Stein says. “And I got kind of upset. I said well, ‘What would you say instead?’ And they didn't have an answer. I said, 'Do they want to live in a world where biscuits are dry and flavorless?' I mean, I don't. I don't want to live in that world.”

But there are limits, even for the word’s champions and protectors.

“I should say, I don't want to have a moist handshake or anything like that,” Stein adds. “But I just want the word to be in regular circulation. I want to be able to use it without feeling ashamed.”