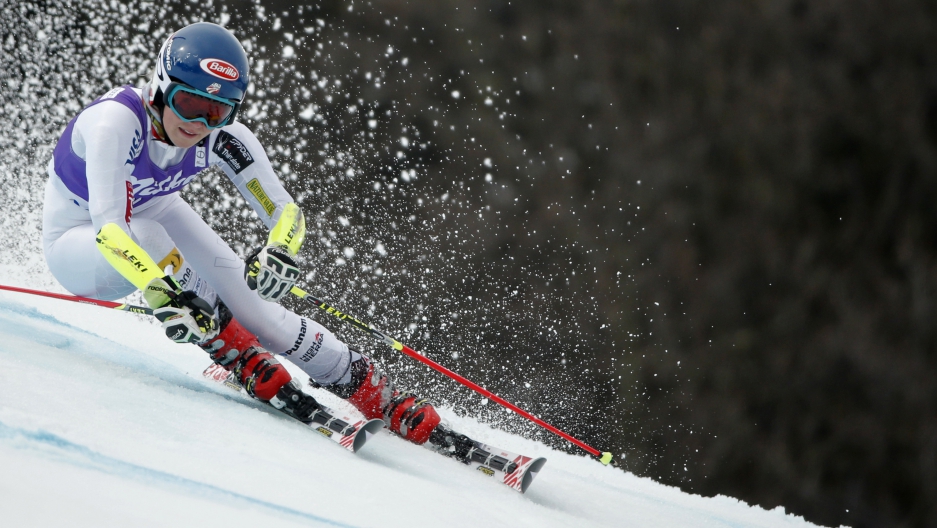 Mikaela Shiffrin of the U.S. at the Alpine Skiing World Cup Finals in Meribel, in the French Alps, March 22, 2015.

The best women skiers in the world are going to be in Killington, Vermont this weekend — skiers like Lara Gut, Mikaela Shiffrin, and Tessa Worley. Get ready for cowbells and crowds.

This will be the first time a World Cup Alpine event has been held in the Eastern United States since 1991.

“It’s a very big deal to the people of New England,” explains Nathaniel Vinton, former ski racer and the author of "The Fall Line: America's Rise to Ski Racing's Summit." “There are very deep roots for ski racing in New England. That’s where the sport was really born, as far as the United States goes.”

Killington has a lot riding on this weekend’s slalom and giant slalom races.

Major money has been invested in the hope that Killington will be a location for world-class alpine ski racing in the years to come.

But climate change is a growing concern for elite ski racing as reduced snow has in some cases forced the cancellation or relocation of events.

“There’s evidence that the winter season is shortening in the Alps where this sport is normally staged and for a long time, they’ve been looking for reliable snow,” says Vinton. “For a long time that’s been in Beaver Creek, Colorado, a very high altitude area. The FIS, which organizes the World Cup, was happy to put races in a venue that had such dependable snow in November and December. It turns out this year, that’s not the case. Beaver Creek’s races got canceled because it was so warm … so it’s a good thing that the World Cup came to Vermont this year.”

Vinton says that conditions this year are pretty good.

“There’s fresh snow, which is not always welcome for the World Cup racers, they like an icy surface. Killington has prepared that for the women’s races this weekend. So they will scrape off all the new snow so that they can get down to the hockey rink kind of surface.”

Much of the buzz this year surrounds local hero Mikaela Shiffrin, a 21-year-old graduate of Burke Mountain Academy in Northern Vermont and the best slalom skier in the world right now.

Shiffrin is the reigning Olympic gold medalist and world champion in slalom. She has 20 World Cup wins, the most ever by an American woman in slalom.

So get out your cowbell and cheer her on.