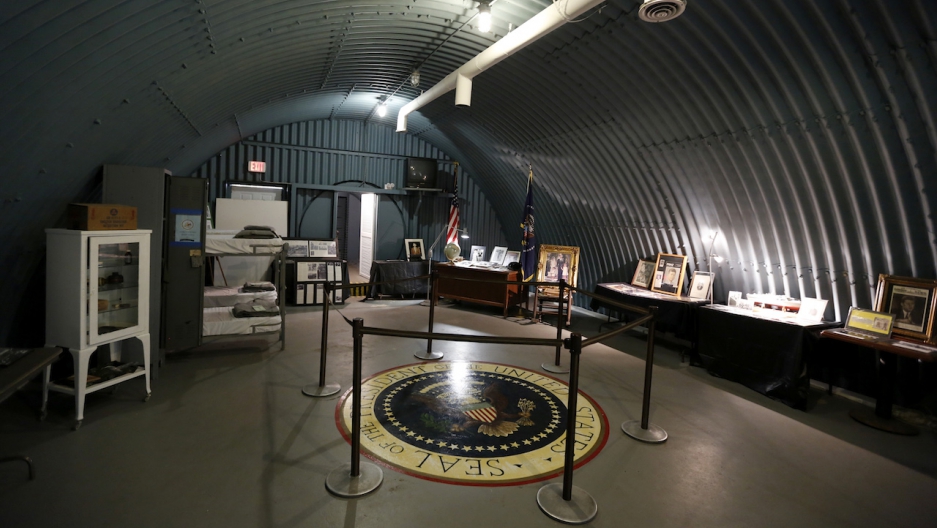 The Cold-War era nuclear fallout shelter constructed for US President John F. Kennedy on Peanut Island near Riviera Beach, Florida. The dingy, cavernous steel shelter hastily built on a man-made island is a stark reminder of the harsh realities Kennedy faced from the first days of his presidency at the height of the Cold War.

In January, President-elect Donald Trump will take control of America’s nuclear arsenal. In a time when nine countries have nuclear weapons, it’s a massive responsibility.

But historically, it’s not a responsibility that presidents have borne alone. In the height of the Cold War, US leaders like Presidents Dwight Eisenhower and John Kennedy relied on experienced scientists who had witnessed the devastation caused by nuclear weapons.

According to Audra J. Wolfe, a historian of Cold War science, nuclear scientists can help defuse tensions during diplomatic crises. “Scientists can remind the president of the very real damages that those kinds of weapons can do,” she said in an interview. “They can be a voice of reason. They can point to evidence. They can talk about radiation, they can talk about fallout.”

In a recent article for The Washington Post, Wolfe looked to history for lessons about this kind of “science diplomacy.” In the 1960s, when the US and Soviet Union were locked in a nuclear arms race, scientists from the two superpowers met on a regular basis — and their work helped limit nuclear testing and prevent nuclear proliferation.

“Many of the scientists who were federal advisers were also meeting as private citizens with other scientists from other countries,” Wolfe said. To this day, the community of nuclear scientists is tight-knit and international. “So one of the things that they can do is to continue to talk to each other, and keep the channels of communication open, in the event of a crisis.”

In recent years, American and Russian nuclear scientists have grown apart, partly thanks to disagreements about the crises in Ukraine and Syria. That’s made it harder for the two groups to communicate and collaborate.

Wolfe said that some “optimists” believe relations will improve under President-elect Trump, who has in the past spoken positively of Russian President Vladimir Putin. Wolfe was skeptical, however. “My personal opinion is that that kind of optimism may be short-sighted,” she said.

Given the tensions between Russia and the US, and the fact that nine nations now have nuclear weapons, “science diplomacy” seems as timely today as it was in the Cold War.

In the end, though, nuclear weapons are the responsibility of the commander-in-chief. If a US president decides to order a nuclear strike, there’s little that scientists — or anyone else — can do to stop it.