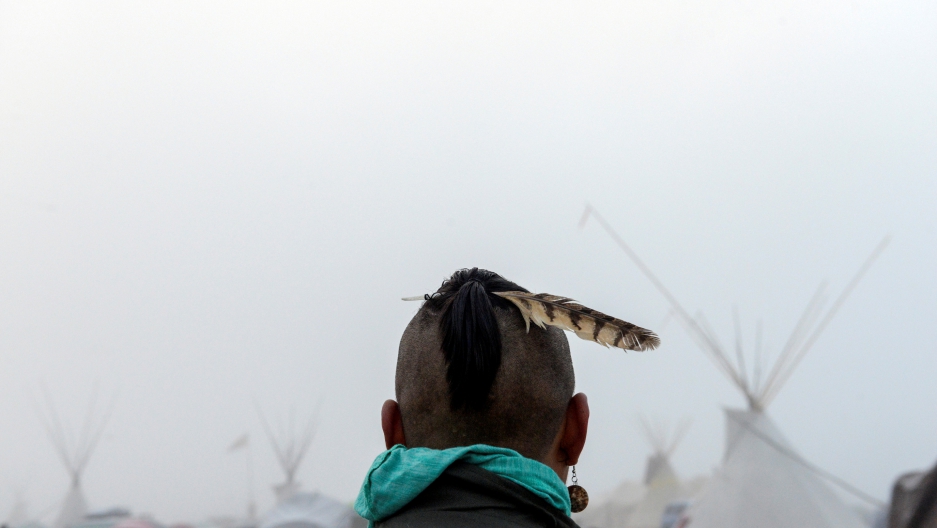 A man from the Muskogee tribe looks at the Oceti Sakowin shrouded in mist during a protest against the Dakota Access pipeline near the Standing Rock Indian Reservation near Cannon Ball, North Dakota, U.S. November 11, 2016.

Have you been tempted to try one of those genetic testing kits, like the ones sold by Ancestry.com or 23andme.com?

In it, Trujillo talks about how she discovered she was part Native American. 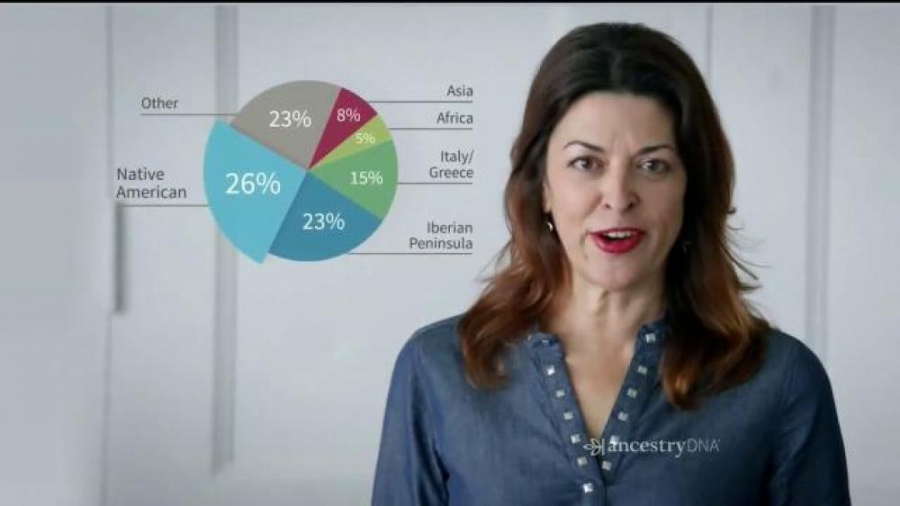 Kim Trujillo talking about being part Native American in an Ancestry.com ad for DNA testing.

So you get the kit, swab your mouth, mail it back and you find out you are Native American. Then what?

That’s what Kathryn Marlow wanted to know. She’s a radio producer with the Canadian Broadcasting Corporation’s 180.

Marlow started looking into what these genetic ancestry tests are really telling us.

“Different companies have different databases but they range from having about 25 to 30 ethnic regions, as they call them,” she explains. “Some of these regions are very specific … you could find out that you are Irish or Greek, but when it comes to North America, all you could find out is that you are Native American, which could mean from the northern tip of North America to the southern tip of South America, so all of the Americas are encompassed in Native American."

So your ancestors could be from Nunavut, for all you know. But if you have never skinned a seal or spent half your year in near darkness, can you claim to be Inuit?

For insight on the subject, Marlow spoke with Kim Tallbear. Tallbear teaches in the faculty of Native Studies at the University of Alberta. She's skeptical about genetic testing and what it means for identity.

“Being a Native American isn’t just about having an ancestor among those founding populations,” says Tallbear. “It’s not just a matter of what you claim, but it's a matter of who claims you. And if no indigenous community claims you, it’s a little bit presumptuous to be running around saying 'I am, therefore, Native American.'”

In fact, TallBear sees it as a form of racism to claim Native American heritage based on a DNA test alone.

"You have people with no lived experience in [an] indigenous community, they can't even name any indigenous family or ancestors, but they have a family myth about a Cherokee great-grandmother, or they're descended from Pocahontas — you get that a lot in Virginia. So I think it's another kind of claim to own indigeneity, to try to have a moral claim or sense of belonging on the North American continent and so that's the context in which these tests are so popular."

CBC's Marlow also reached out to Kim Trujillo, the woman in that Ancestry.com commercial. Marlow asked her what it meant to find out she was part Native American.

Trujillo says she knew she had some Spanish, German, and Native American ancestry, but she wanted to know more about her family tree.

Learning that she was part Native American was just the start for Trujillo. She’s been doing her own research about her family history. She also got in touch with the genetic "matches" that were recommended to her as part of the DNA test.

Trujillo told Marlow that everything she's learned about her Native American ancestry makes her feel more connected to current indigenous issues, like the ongoing protest by the Standing Rock Sioux over the construction of the Dakota Access pipeline.

But she says she knows there's more to being indigenous than just finding out you have Native American ancestry — and that she can't just sign up for a tribe.