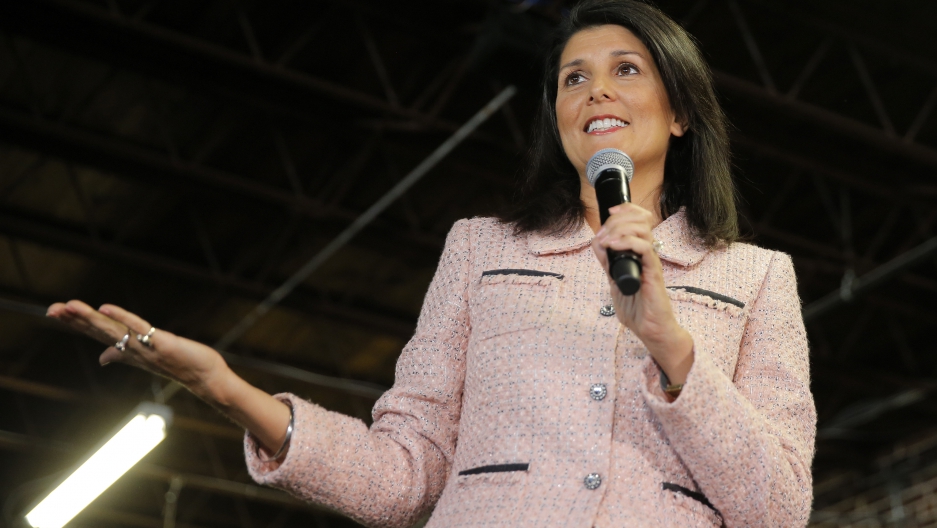 South Carolina Governor Nikki Haley will be nominated to be the United Nations Ambassador of the United States by President-elect Donald Trump.

President-elect Donald Trump announced Wednesday that he will nominate South Carolina Governor Nikki Haley, a Republican critic who once rebuked him for failing to disavow white supremacists, as US ambassador to the United Nations.

An Asian American with little previous foreign policy experience, Haley was the first woman to be picked for Trump's cabinet, injecting a measure of diversity in a group that until now has consisted solely of white men.

"Governor Haley has a proven track record of bringing people together regardless of background or party affiliation to move critical policies forward for the betterment of her state and our country," Trump said in a statement. "She is also a proven dealmaker, and we look to be making plenty of deals. She will be a great leader representing us on the world stage."

Trump's transition team highlighted her travel abroad as governor to negotiate with international companies on behalf of her state.

"The United States faces enormous challenges here at home and internationally, and I am honored that the President-elect has asked me to join his team," Haley said in a statement, accepting the offer.

The daughter of Indian immigrants, the 44-year-old politician is a rising star in the Republican Party's right wing. She has been governor of South Carolina since 2011. 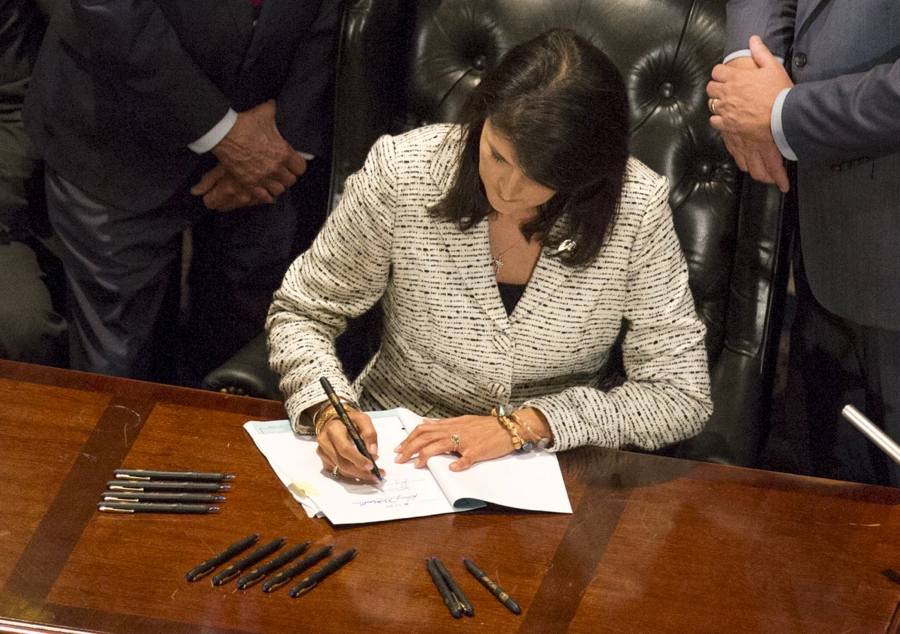 Haley's nomination comes after a divisive election campaign in which Trump harshly attacked Mexican immigrants as rapists and criminals, threatened a ban on Muslims and faced accusations of sexual harassment and assault from a series of women.

She was fiercely critical of Trump during the campaign, calling him "everything a governor doesn't want in a president" in February. She supported Senator Marco Rubio during the Republican primary race before endorsing Senator Ted Cruz.

On the eve of the Super Tuesday primaries in March, she called Trump out for not repudiating the white supremacists backing his campaign, recalling the 2015 massacre of nine black churchgoers by a white supremacist gunman in Charleston, South Carolina.

"I will not stop until we fight a man that chooses not to disavow the KKK. That is not a part of our party. That is not who we are."

She also denounced Trump's promise to ban Muslims from entering the United States as "un-American."

However, Haley said she voted for Trump in the election, describing him as "a friend and supporter before he ran for president." 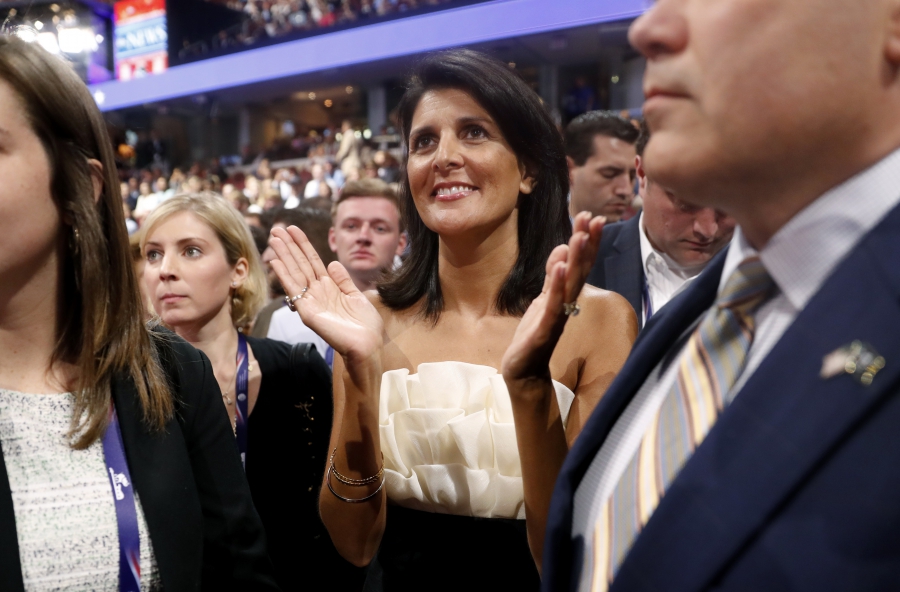 South Carolina Governor Nikki Haley applauds on the floor during the third day of the Republican National Convention in Cleveland, Ohio, on July 20, 2016.

A former state representative, Haley is the daughter of Sikh immigrants from India who ran a clothing business.

She rose to prominence after the former vice presidential candidate Sarah Palin endorsed her in a Republican primary during her campaign for governor in 2010, part of an effort to tap female candidates from the extreme-right Tea Party movement.

She later won widespread praise for backing the removal of the Confederate flag from the South Carolina state house after the 2015 killings.

The flag, which Haley had previously supported, is associated with slavery and opposition to civil rights reform.

Haley faces a tough challenge at the United Nations during a time of international uncertainty over Trump's promises to scale back Washington's central role in global security.

A veto-wielding member of the UN's Security Council, the United States frequently clashes with Russia — another veto-holder in the council — over developments in Syria, Ukraine and elsewhere. Although Trump and Russian President Vladimir Putin have praised each other, saying they want to improve relations, few foreign policy experts believe Moscow will ultimately end its opposition to US policy.

Haley's nomination must be confirmed by the Senate.

An official announcement from Trump's transition team is expected later on Wednesday.