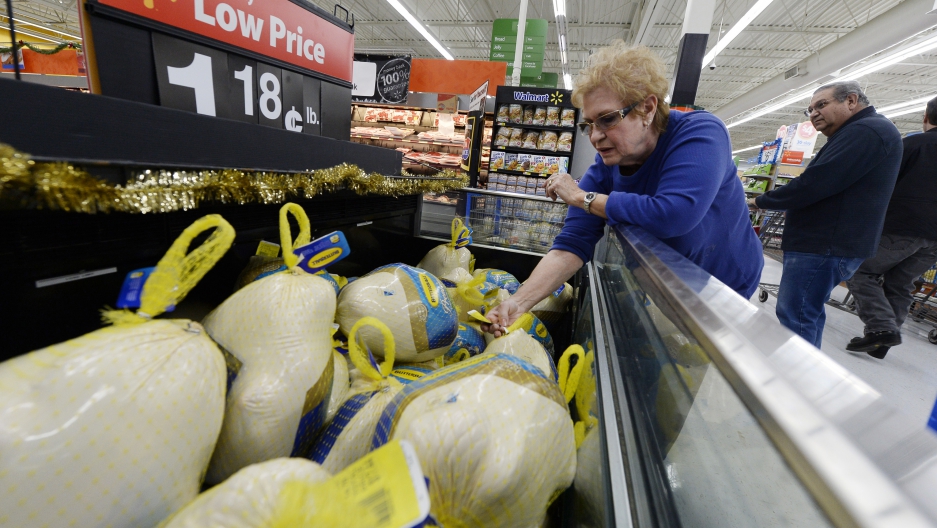 A customer shops for a turkey at a Walmart store in Los Angeles, California, November 26, 2013.

“The political chasm is unbridgeable.”
“I don’t know how we’ll ever unite our country.”
“The hatred incited in this election is poison, and there’s no end in sight.”

We hear this sense of hopelessness from TV pundits, legal scholars, policy-makers, friends, and foreign leaders.

With the election over, it’s time for reconciliation. Is that possible?

Women and men in war-torn countries like Liberia, Colombia, Bosnia and Rwanda can inspire us with their example. Reconciliation has happened around the globe in jungles, cities and countryside, between people who fought much more viciously than we Americans have known.

Survivors from these places have taught me what is possible. They have overcome decades of terror and torture, child soldiers and psychopaths. Yet each of those fractured nations found a way to heal.

Despite 14 years of cataclysmic civil war in Liberia, children romp on school playgrounds built by neighboring enemy tribes. Tens of thousands of brutal Colombian paramilitary and FARC rebels have left the jungles, as the government has offered jobs and a future for their families.

As a US ambassador in the 1990s, I saw first-hand the havoc and suffering caused by war in the Balkans, where nearly 150,000 people died. Today, a radio station in Mostar, where shells destroyed half the city, is run by and listened to by Bosnian young people, with programming that cuts across ethnic and religious allegiances.

And in Rwanda, within months of the 1994 genocide, war widows joined wives of jailed perpetrators; they did what women do: They cooked for orphaned children; and at the same time for the men who made those children orphans.

The hope for our own healing is the everyday reality of the huge majority of Americans — without social privilege, graduate degrees or high incomes.

This week, we’ll all be standing in a grocery line with someone we have thought of as “the other” throughout this wretchedly contentious year. We’ll ask how long he thinks we should cook the turkey. Hours later, sitting at our Thanksgiving table without a political litmus test, someone will ask who concocted this great cranberry sauce.

Then how do we carry Thanksgiving forward? In small, simple ways:

First, we can stop demonizing the candidates. They are flawed, and we are too. We heap disdain on others and feel better about ourselves. We’ve become pros at blame, practicing for so many recent months that this change is going to be much harder than we think. We can catch ourselves, then cut it out.

Second, stop demonizing each other. Recognize hurting people behind angry posters. Some have descended to a level they’ve never known; however low, next to murderers in Rwandan prisons they’re paragons of virtue.

Third, recognize that feelings are real for those who feel them. When we put ourselves in their places, we’ll support retooling for angry Trump supporters whose jobs have disappeared just as their health care premiums have gone up. We’ll vote for taxes to provide bitter Hillary supporters innovative schools that will be their exit strategy from poverty.

Fourth when you look across the dinner table at the person who cancelled out your vote, de-escalate. Instead of politics, shift the focus to children and grandchildren. Let tales of their cuteness or waywardness be a strong strand in the family net.

And finally, stop with accusatory “you” statements. Let’s discipline ourselves and start sentences with self-revealing “I” phrases. “I couldn’t sleep after the debates,” is what I mean. “I think you’re a jerk” is not.

Can such small changes rescue the better angels of our nature and our nation? Yes, if they are reclaimed as a social norm, then carried out intentionally, consistently. That commitment is as important as any policy or piece of legislation. We are not irreparably torn. The sooner we acknowledge that, the sooner we will take individual responsibility for knitting back together our land.

Let’s remember the South African bloodbath that didn’t happen — the all-out war that Nelson Mandela and millions of other South Africans averted with their own micro-moments of reconciliation. We would do well to live by the words of Nobel Peace Laureate Desmond Tutu: “Do your little bit of good where you are; it’s those little bits of good put together that overwhelm the world.”

Swanee Hunt leads a foundation that advances global security and social justice in the United States. She is the Eleanor Roosevelt lecturer in Public Policy at Harvard’s Kennedy School of Government and a former US ambassdor to Austria.