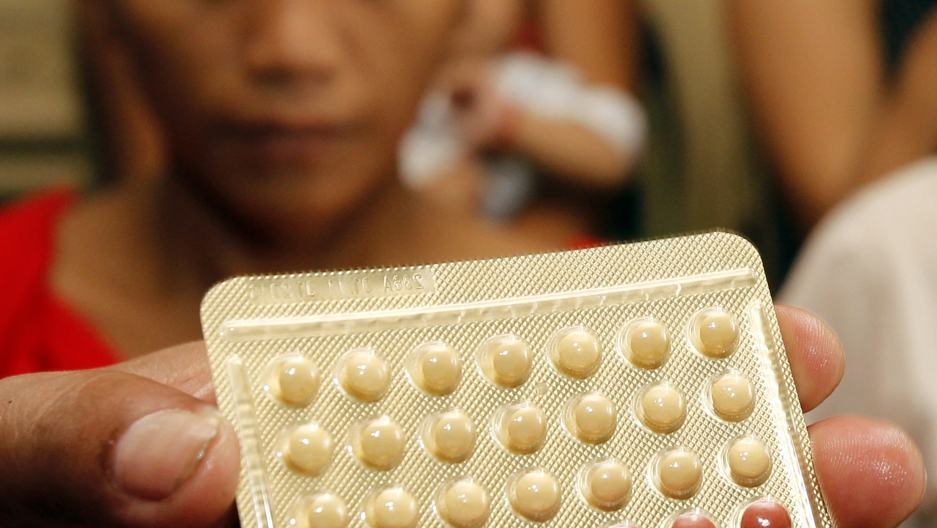 It’s been more than 50 years since the Food and Drug Administration first approved birth control pills for women. Since then, other reversible contraceptives like implants, injections and intrauterine devices (IUDs) have also entered the market — but still, just for women.

For men, condoms have remained the only completely reversible birth control option, and they have a 12 percent failure rate with typical use.

All that changed in late October, when the results of a clinical trial on a male hormonal contraceptive were published. The study, which was co-sponsored by the World Health Organization, found that with regular injections, the contraceptive was 96 percent effective at suppressing sperm production below fertile levels. The only problem? An independent review board halted the trial early, citing side effects like mood swings and depression.

The aborted study got eye-rolling from women (and many men) who say that women on hormonal birth control face similar side effects. Not only that, 80 percent of the men in the study said they were satisfied with the contraceptive method. But Diana Blithe, the program director for contraception development at the NIH National Institute of Child Health and Human Development, says the problem wasn’t the drug itself. Blithe thinks the ugly, mood-related side effects experienced by some could have been caused by the eight-week lapse between shots, a hormonal roller coaster in the making.

“Initially, you have a fairly high amount, and then it trails off until your next injection,” Blithe says. “We speculate that may have been one of the things that led to more mood issues or potentially greater side effects.”

The injected contraceptive is itself a pretty familiar compound: Blithe explains that it’s similar to what’s already used in hormonal contraceptives for women, except men get testosterone instead of estrogen. The shot uses progestin to shut down testosterone production in men, decreasing levels of sperm. Then, because testosterone does other things for men (like help maintain muscle mass and libido), it needs to be replaced elsewhere in the body.

“However, the challenge has been that we don't have a testosterone that is orally active,” Blithe says. “And so there isn't going to be a male pill until we can overcome that challenge, because we can give the progestin orally but we can't give the testosterone orally.”

According to Blithe, researchers in Europe solve this problem by injecting testosterone directly into the blood — which is what happened in the recent study. But, she says, in the United States, scientists prefer transdermal methods; Blithe’s team is working on a progestin-testosterone contraceptive that can be applied in a gel to the skin. They’re hoping the gel will supply a steady dose of hormones to suppress sperm production and alleviate the side effects experienced by men in the injection study.

“[The gel] forms a reservoir, if you will, in the skin,” Blithe says. “And so the release of the hormones is fairly constant. You're not getting fluctuations that are very high or very low, and the ratio of the hormones remains pretty constant.”

The gel method wouldn’t require users to head to a doctor every two months for their shot, either. But with that freedom comes the chance for human error — the same that can foil the pill or condoms. “Of course, it would be a user-controlled method, the first one since the condom,” Blithe says. “But that requires men to be willing to use it every day, to not forget to use it for more than a couple of days.”

Blithe says the gel contraceptive has already shown initial success with men in a six-month study. Now, scientists are planning to test its side effects in a phase-two trial, expected to last four years. While Blithe remains hopeful about its success, she’s pragmatic about why a hormonal contraceptive for men is taking so long to develop.

“It's the challenge of trying to develop a drug for a healthy population that is going to be taking it for a very long period of time,” she says. “And oftentimes, an untoward side effect doesn't show up until you have a very large population who've taken something for a very long time.”